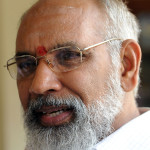 The officials of the National Youth Services Council, sportsmen and sportswomen who have come over from various parts of Sri Lanka to participate in this Sports Festival, other officials, my dear brothers and sisters and children,

28th National Netball competition orgainsed by National Youth Services Council in relation to the National Youth Sports activities are being held in Jaffna today and tomorrow. It is indeed a happy occasion for us.

The National Youth Services Council comes under the Ministry of National Policy and Economic Affairs headed by Hon’ Prime Minister. This Council organises cultural and sports awareness programs, “Youth got Talent” and other programmes throughout the Country in order to develop the capacity of youth to bring out better understanding and cultivate better relationship among various youth populations in the Country.

No doubt such activities are to be welcomed. But it is very essential that we must also understand our Peoples’ fundamental expectations. We have no doubt in our minds that we want to maintain the identity and individuality of our people of the Northern and Eastern Provinces at any cost and any Constitution drafted for the Country must reflect such identity and individuality.

We also have no doubt in our minds that it is only after the promulgation of such a constitution that it would be possible to engender reconciliation and goodwill. It is only when all people of this Country including its youth population obtained equal rights and status that it would be possible for them to state with satisfaction that “We are the proud citizens of this Country”. Today all of us here in the Northern and Eastern Provinces are indeed within the control and supervision of the Military and our people are fully aware of this state of affairs.

Sports help to make the body active and healthy. It makes youth to perform their duties with enthusiasm and eagerness. Sports promote tolerance, a spirit of accommodation, brotherhood and other such excellent qualities. Therefore such activities as organized today would no doubt promote better understanding among the student population.

But I would like to flag an important matter with the youth who have come from the South here. For over 2000 years Northern and Eastern Provinces in this Country have been the traditional homelands of the Tamils. No doubt for some time many Tamils were Buddhist. (Professor Dr.Sunil Ariaratne calls them “Demala Baudayo”) But thereafter they returned back to their original Hindu Religion.

None resorted to this war wantingly. When people belonging to their community were arrested, tortured and killed, the youth among us could not bear it. Right in front of their eyes when they saw their aged parents, brothers and sisters being harassed, assaulted and killed during the riots of inter alia 1958, 1961, 1977 and 1983 they naturally could not bear it. Again in 1974 they witnessed what happened at the World Tamil Conference in Jaffna. Added to this standardization was introduced in education in order to prevent large numbers of Tamil students entering Universities. Youth here could not contain themselves any more. It is then that they decided to take up arms.

What relief have they been prescribed for their losses? Surely those who have lost their loved ones have a right to expect justice and fair play in these matters? What relief have the Tamil people received up to date? These are questions that loom large among our people.

Within these three days during which those from the South have come over here to reside among our student population, it would be possible that you would observe our friendly traditions and brotherly and sisterly behavioral patterns. Our youth would normally give respect to those who come from outside and treat them well as part of their spirit of traditional hospitality. They are only asking the Southern electorates to allow themselves to live independently and with dignity just like the others in the South within a united Country. But unfortunately Southern leaders seem to be pursuing a hegemonistic agenda which we find difficult to understand.

We have been discussing these matters with the Southern political leaders for many years. But there had been very little progress. What is given by one hand is taken away by the other hand. It is the same drama that is continuing to take place.

Many an International leader and/or their representatives come over here to see us. We share our problems with them. We tell them we are not pursuing the path of separation. We speak of our right of self-determination within a united Sri Lanka. Considering what has taken place in other countries in recent times many of them agree with us with regard to our reasonable demands.

If we ask for the right to live in dignity on our lands in the North or East the Southern political leaders state that we are pursuing the path of separation. Such statements trickle down to the rank and file of Sinhala people also. They refer to us as extremists. That makes them feel antipathic towards us.

South Africa solved their constitutional problems and then set up the Truth and Reconciliation Commission. Here in Sri Lanka continuing to station the Military amidst us without solving our political problems, the Government is trying to indulge in the reconciliation process. This is like a person who stands outside at the side of a well entering into an agreement with another fallen into the well. We have to examine whether the person who had fallen into the well has the freedom to enter into any agreements voluntarily. We feel that only after bringing such a person out of the well that a proper agreement could take place in dignity and equality. Political empowerment is therefore necessary.

The youth are the back bone of our country. There are many things that youth can accomplish if they decide to do so. Therefore I make a request of all of you to understand our predicament, our needs and priorities in order to help every one of us to live with dignity and equality and as equal citizens of this country.

Let me next come to the National Youth Services Council. The Council is striving hard throughout the Country to work for the development of our youth, to make them good citizens, valourous youth, men and women bent on living as siblings. They have set up National, District and Regional bodies plus Youth Committees at different levels and working through them. So long as political considerations do not motivate these bodies they are to be welcomed. If political or party affiliations are introduced into these bodies you can be rest assured harm will befall them.

We are not aware of the extent and scope of the activities of the Council in the North. But we are aware that they are taking steps to construct a Cultural Centre in Kopay on a 5 acre block of land to develop the arts and culture of this region. Many a traditional dance and musical form has been abandoned in recent times. It is necessary to identity them and at least document them for the benefit of our future generations. Next week a cultural programme has been organized in Batticaloa to stage abandoned and forgotten social, musical and dance forms in order to re-introduce them to the public.

Our children have a natural aptitude for music. But they lack oriental and western Music colleges to study music properly and professionally. They also lack schools to teach the students instruments of different kind. The Council could examine their possible contributions in this regard.

It is the student period which is ideal to obtain fitness in any field. Unless our youthful days are spent on mastering various arts and crafts it would be foolish to regret later. The period from infancy to youth has been found to be the most sensitive period which could affect the character building of our children. If children are not properly channeled during this period they could be introduced to such negative habits such as alcoholism, Drug use, street fights, violent behaviour and use of dangerous weapons. Because some of our children receive allowances from abroad from their kith and kin many of them ignore education and discipline. Theirs is the formative age. They might be influenced by the Cinema to indulge in negative activities not realizing they are detrimental to themselves as well as to the Society.

The teenage period must therefore be channeled properly teaching them during that period their school curriculum as well as extra-curricular matters such as arts, fine arts, sports, scouting and other useful activities. If our children are bound to these activities they will have little time to consider negative ways of behaviour. I have no doubt the National Youth Services Council will strive hard to formulate the necessary plans in this regard and implement them in due course. Let me conclude requesting our youth present here to share our views on political aspirations with their dear ones back home. Let me wish you a successful sports festival today and tomorrow.