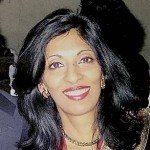 The September session of the United Nations Human Rights Council will start on the 13th of this month. There is a report on Sri Lanka due to be presented there. It is the Report of the Working Group on Enforced or Involuntary Disappearances on its mission to Sri Lanka.

I am no lawyer or any kind of expert but as I have closely observed the Council from a ringside seat (in the years 2007-2009) and am familiar with it, I checked it out. Even someone like me can see when a report is making a wildly expansive claim. At first glance it seemed to me that the members of the Working Group were making lurid allegations against the Sri Lankan state. Then I wondered if they were making them against the LTTE, which would certainly fit. It quickly dawned on me that they meant the State after all, since they refer to “counter-terrorists activities” – and that could only be the State.

Here’s what they say:

“Para 6: Enforced disappearances have been used in a massive and systematic way in Sri Lanka for many decades to suppress political dissent, counter-terrorist activities or in the internal armed conflict. Given the context in which they occurred, many enforced disappearances could be considered as war crimes or crimes against humanity if addressed in a court of law.”

That’s heavy. Using the phrase “massive and systematic” here makes it tantamount to a war crime, as they rightly point out. But why is it even there?

The first draft is usually given to our Permanent Mission in Geneva at which point they can make objections to certain words. There were disappearances, of course there were. They were in all the newspapers. But “systematic”? Was Sri Lanka a state where “massive” disappearances were “systematic”, for “many decades”?

The Government of Sri Lanka (GoSL) could have responded strongly to this outrageous and dangerous allegation. At least made it public that as the “country concerned” we have not agreed to the wording, if our concerns were not accommodated by the Working Group.

This is what I saw happen at our UN mission in Geneva during 2007-2009. My husband who as head of Mission was then responsible for these things, would check it out, note the anomalies as soon as our Permanent Mission got a copy, then send it along to the Attorney General’s office with his comments, and quickly respond to the Office of the High Commissioner requesting it to alter the wording that may mislead the Human Rights Council. Often, the Office complied, and still does. Even if it doesn’t, Sri Lanka has every chance to state its objections immediately in the ‘Comments by the State’, which would also be posted on the OHCHR website.

This is not rocket science, really. When the country concerned objects strongly to imprecise wording, it is taken note of. They are human beings in the Secretariat–fallible like the rest of us and they know it.

So what happened this time?

Here’s the Sri Lankan Government’s tepid response to this report which is posted in the same place as the Working Group’s report, on the OHCHR website:

“Report of the Working Group on Enforced or Involuntary Disappearances on its mission to Sri Lanka: comments by the State* [31 August 2016]

The Government of Sri Lanka was pleased to receive the Working Group on Enforced and Involuntary Disappearances (WGEID) that visited Sri Lanka at the invitation of the Government, during the period 9-18 November 2015, after 16 years. The Government of Sri Lanka, formed following the Presidential Elections in January 2015 and Parliamentary Elections in August 2015, is committed to the promotion and protection of human rights, strengthening democracy, good governance and the rule of law, reconciliation, and development. Sri Lanka considers its engagement with the Working Group on Enforced and Involuntary Disappearances as an important component of its reconciliation efforts and steps being taken to uphold the human rights of all her citizens. Accordingly, Sri Lanka will continue to stay engaged closely with the Working Group.

The Report and this response by the GoSL will be tabled at the September session which starts on the 13th under Agenda item 3. The whole world will believe that there have been “massive” and “systematic” enforced disappearances. This would not be true, and all we have on behalf of the Sri Lankan State is this bland, entirely uncritical, noncommittal response!

Of course this is only one of the things the Report says. Here’s another:

“The Working Group further highlights that Sri Lanka lacks legislation that enables prosecutions of perpetrators of past atrocities, such as war crimes and crimes against humanity.”

The Sri Lankan courts have over the years convicted members of the armed forces for rapes and murders, which may be considered atrocities. So what is actually being said here? The assumption that underlies this statement, and the impression it gives, is that Sri Lanka committed “atrocities” tantamount to “war crimes” and “crimes against humanity” in the past. Having earlier said that it had to be addressed in a court of law to determine that fact, are we to now assume the Working Group has made that determination and are we to uncritically accept it? Will our Government do so?

After Milosevic was (posthumously) declared not guilty by the International Criminal Tribunal on Yugoslavia, having been accused of being a genocidal maniac by the West– a case which turned out to be a huge lie, costing that country greatly, their leader his life, and inspiring a number of studies on that particular miscarriage of justice–I’d say states have to protect themselves against the (deliberately?) loosely worded discourse of UN reports! Also, how many countries have retrospective legislation?

Since anyone can read that report for themselves, I won’t go on. A lawyer or an IR expert will do this much faster than I. But here’s a sleight of hand that the authors have used in the report:

“ In its report on its investigation on Sri Lanka, the Office of the United Nations High Commissioner for Human Rights stated that “there are reasonable grounds to believe that a number of military cadres, who had laid down arms and were thus hors de combat, were unlawfully killed after having surrendered unarmed to the security forces” and that “a number of LTTE cadres, such as those belonging to the political wing, and other individuals not or no longer taking direct part in hostilities, including children, were also extrajudicially executed”.

Inclusion of this sentence from the High Commissioner’s speech in the Working Group’s Report should have been challenged by Sri Lanka’s diplomatic representatives.

If we inform the Council correctly, be alert to the false propaganda and counter it diligently, the world and our island are much better off with the UNHRC than without it. They do listen if you make your case sincerely, persuasively and effectively. How else could we have actually won a near two thirds majority of the Council in 2009? The UNHRC delegates are great ambassadors, a majority from the global South, and most are truly concerned about human rights. On the other hand, since they are also human like the rest of us, if they are not properly briefed, busy as they are, they will believe our detractors.

At the upcoming September 2016 session, the Independent Expert on “the promotion of a democratic and equitable international order”, Alfred de Zayas, presents his report to the Council.

This report offers a possible a resolution to a vexed issue raging in Sri Lanka: the ETCA. The government would do well to heed its recommendations. It not only echoes the concerns of the GMOA and groups of IT professionals but goes further in recommending that “Where possible, referendums should be conducted”.

“States should refrain from entering into new bilateral investment treaties and free trade agreements, including the Trans-Pacific Partnership Agreement, the Transatlantic Trade and Investment Partnership, the Comprehensive Economic and Trade Agreement and the Trade in Services Agreement, unless human rights, health and environmental impact assessments have been conducted, and unless there is full disclosure, consultation with stakeholders and public participation. Where possible, referendums should be conducted.”

It also contains another exhortation:

“The Human Rights Council must not be a politicized arena where States instrumentalize human rights as weapons to defeat their political adversaries, where human rights are undermined through “side shows”, the “flavour of the month”, or where international law is applied à la carte.”