The continued, unfair and unjust labelling of the Tamil Tigers cannot stand. Please lift the ban on the LTTE.

In the light of the opinion given by the advocate general to the European Court of Justice (ECJ) to remove the Tamil Tigers (LTTE) from the European Union’s (EU’s) terror list, I am appealing to you, to give credence to that advice and act – it should now be accepted the continued unfair and unjust labelling of the Tamil Tigers cannot stand.

I draw your attention to three media reports – one from The Wall Street Journal, another from Reuters and the 3rd from the BBC that refer to the opinion of the advocate general AG) of the European Union’s (EU) “top court”, the European Court of Justice (ECJ), that the Tamil Tigers (LTTE) should be removed from the, “terrorism blacklist” of the European Union. The advice was given, by the AG in support of a lower General Court’s decision to remove the LTTE from the EU’s terror list, at an appeal hearing launched by the European Council (that represents 28 EU countries) that asked the ECJ to reject the earlier lower court decision. 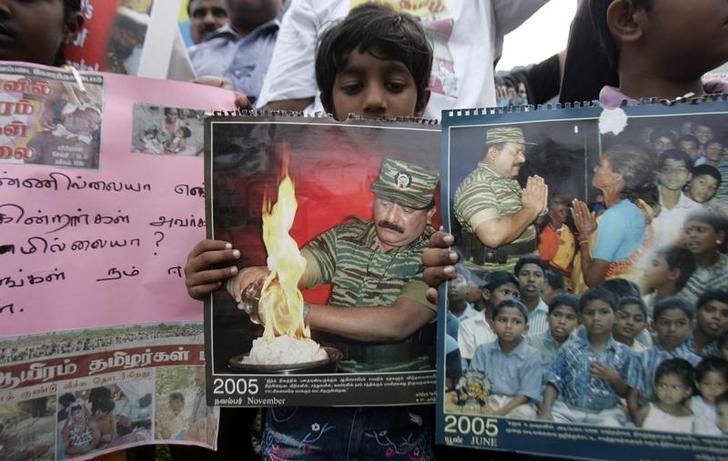 “Now (that) the European Court adviser has recommended the appeal be rejected,” and the lower court’s decision be upheld, It’s an accepted norm according to the media that it is usually the case the ECJ would follow the AG’s recommendation. As such you would agree, it’s only a question of time when the ECJ would give a favourable ruling to remove the LTTE from the terror list.

In view of this development I strongly feel it’s time, also right and proper not only for the European Union but also for America and for all other countries that still persist to do so, to take the necessary action accordingly to lift the ban on the LTTE!

As a passionate activist fighting a non-violent fight, to free my homeland, Tamil Eelam in the North and East of the island of Ceylon (known as Sri Lanka), through engagement and diplomacy, it will greatly help our freedom struggle to remove this unfair labelling that demonizes our just cause in the eyes of the world, amongst world leaders and members of civil society.

The advocate general based her advice after examining evidence that found to have, “procedural flaws”. In LTTE’s case, the listing on Sri Lanka’s behest, for which the government was asked to provide evidence, according to the AG, was found to be, “lacking, to support sanctions against the Liberation Tigers of Tamil Eelam (LTTE).”

The BBC report said the following about the AG’s recommendation: “The ECJ’s Advocate General said that the Council of the EU had made procedural errors in defining the two groups as terrorists (the other Hamas). ..She found that the Council incorrectly relied on judgements made by governments without checking that they had the same human rights as the EU. Also, she said it should not have relied on evidence found in the press or on the internet. ”

This recommendation, surely, should lead to the inevitable conclusion that the continued, unfair and unjust labelling of the LTTE as terrorists, is wrong and cannot stand!

I am writing to you with a sense of urgency since you would be leaving office soon when your 2nd term ends. I strongly urge you to give my appeal your most favourable consideration, time is of the essence here.

I am counting on you to do the right thing by us; I wish to remind you of Thomas Jefferson’s words: “The God who gave us life, gave us liberty; the hand of force may destroy but never dis-join.” Freedom when won, in America’s case was exhilarating, but freedom when lost in our case is excruciating. I would think every American feels grateful for the freedom that was won for them by their forebears; some would even take it for granted or would have forgotten their past; that’s why some don’t show enough sympathy for others like us who are in that place. To us though, the pain is unbearable. Nevertheless we would never give up the fight. I ask for your deep understanding of our plight and predicament, knowing America’s history.

The LTTE does not exist as a military force and the BBC said so in its report:

“The Tamil Tigers were defeated by the Sri Lankan army in 2009 and no longer exist as a military force.”

I hope the world agrees the continued unfair and unjust labelling of the Tamil Tigers cannot stand. Your favourable decision would go a long way towards removing the stigma on our just and peaceful struggle to restore our right to self- determination, to end military occupation and free our homeland.

Mr. Obama, please lift the ban on the LTTE.

Hoping for a favourable reply from you.