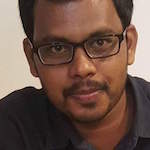 The incident of two Jaffna university students being killed due to gunshots by the police has set off countless arguments and debates. A majority of these arguments come from one single perspective. They highlight this incident as a ‘racist attempt’ or as ethnically motivated. But, there exists a necessity to list out the issues surrounding this incident. That will be the healthiest way to deal with it.

Firstly, the fact that the students have been subject to shooting amounts to their killing being an act of murder. If the Police Officers had committed this act they need to be punished. This is because, when police officers on night patrol do not have the power to attack someone in a way that leads to his death, but acts that result in death occur (in whatever form it happens) it should be basically looked upon as murder. Fundamentally therefore, the killing of the students should be treated as an act of murder and after the investigations justice should be provided. On this basis, it becomes necessary that any and all mistakes those police officers made should also come to light.

Secondly, it should be investigated whether extreme intoxication on power was the reason behind the police officers committing this horrendous killing. That, requires taking into cognizance what measures they took at that time, the amount of alcohol in their body and many other such issues.

Thirdly, in reality did those two students not pay heed to the police officers’ request to stop for a police check? Or, were they indeed checked, allowed to proceed on their motorcycles and then shot? This also needs looking into.

Even if these three issues are investigated upon and answers found, if the police had used their gun/s and shot the students it would still lead to the basic fact that this was murder. Therefore, if the police had used their gun/s to shoot then they are the perpetrators of this act of murder as well. There are no doubts on this matter. The path to achieve justice therefore becomes easier.

Instead, if these basics are thrown aside and the fact that this was a ‘racist attempt’ is highlighted it will give ammunition to making the situation more complicated. Primarily, it will make the Sinhala South refer to these two students as Tigers or Terrorists, spread such rumors amongst the Southern polity and create opportunities for the perpetrators to gain their sympathy.

Sri Lanka is governed by ethnic conflict. There is no question on that. But, in such a situation without handling any issue in an appropriate manner, pushing such an approach aside and instead pouring ghee on the fire of racism will only lead to more problems. This will not benefit the Tamil youth.

Another issue that arises is the question as to who will control the ever increasing number of killings, robbery and rowdyism that has started plaguing the North –East including Jaffna. Judge Ilancheliyan put the STF on the ground and ordered the Police to control these acts. What are the basics behind this order? And, how much authority (and necessarily, what are the limitations) has been provided to the police on checking those who travel on the roads needs to be looked into as well.

Further, ‘Sinhalese Police have easily shot Tamil students, because it is easy to kill Tamils in this country, that fact is beyond any question’ is a basic opinion that is prevalent among the Sinhala South. This is because the Sri Lankan armed forces and police have committed countless acts of violence and murder against the Tamil- Muslim population. But, in the killing of these students whether this is the most predominant issue or whether it is an adjacent issue needs to be considered.

A small example, in 1998 a former LTTE member was called to the Point Pedro Army Camp for investigation and subsequently beaten to death. In the judicial proceedings that followed, an army officer was found guilty and judgment was given recently that he be handed a suspended jail sentence and an order was made that he pay compensation of 2 Million Rupees to the family of the victim. But, this issue was taken up by racists in the South and they collected money on the accused’s behalf.

The money he had to pay as compensation was largely gathered by the Mahinda group. Here, more than the crime, the fact that the murder committed by the army officer was correct was the sentiment that was created amongst the Southern polity and through which this money was collected. We must not allow similar sentiments to be spread regarding the murder of these two students.

Another issue relates to the encroachment and killings by security forces including the police and the army. The police are faced with a continuous litany of complaints not just in the North- East but also in the South. This matter has to be handled impartially by the government. This alone will address the basics. Instead of that if the ‘patriotism of the nation’ is given importance, it will only result in more innocents being killed. That will after a stage not only target Tamils and Muslims but start taking victim Sinhalese people as well. At that stage everything would have gone beyond control.

That the perpetrators who murdered these two students need to be severely punished is the basic call. That will be only one part of justice. Because, the loss of these students is forever non reparable to their parents and families. Nothing can compensate for what they have lost. Indeed, there is never a complete justice for any murder.

*Purujoththaman Thangamayl is a journalist and columnist. This post is a translation of the original in Tamil.