By PAUL BENTLEY FOR THE DAILY MAIL

Foreign aid to Sri Lanka was significantly increased after a Tamil businessman from the country oversaw donations of more than £1 million to the Conservative Party, the Daily Mail reveals today.

David Cameron announced last November that £6.6 million was being set aside for Sri Lanka over three years, including help for Tamils forced from their homes during the civil war.

In the year before the announcement, the Tory Party registered donations of more than £1million from Tamil businessman Subaskaran Allirajah and his controversial telecoms firm Lycamobile.

There are now questions about what has happened to the money, with UK aid money since going to the area in northern Sri Lanka where Mr Allirajah grew up.

Mr Allirajah, 44, is the founder and chairman of Lycamobile, a firm that sells pre-paid phone cards. He grew up in Mullaitivu, a Tamil area in the north of Sri Lanka. He is now worth £160million and is reportedly the 640th wealthiest person in Britain.

The revelations come after Mr Allirajah faced scrutiny over claims of tax fraud and money laundering at his firm.

In 2009, the UK ceased aid to Sri Lanka for all but humanitarian emergencies after the end of the civil war in the country.

But after Lycamobile started donating to the Tory Party two years later, funds were allocated to the country from the conflict pool – a pot set aside for tackling instability overseas. In November 2013, then-prime minister Mr Cameron became the first foreign leader to visit the north of Sri Lanka since it became independent in 1948. He called on the non-Tamil president to set up an independent inquiry into alleged war crimes against Tamil people. And he pledged £2.1 million over two years for a de-mining programme in three districts, including Mullaitivu.

In March 2014, Foreign Office minister Hugo Swire expressed concerns at the arrests of two human rights activists in Sri Lanka, who had been trying to secure the release of a Tamil mother and daughter.

In the year before Mr Cameron announced the £6.6 million to Sri Lanka, the Conservatives reported donations of £967,000 from Lycamobile and a personal donation of £100,000 from Mr Allirajah. 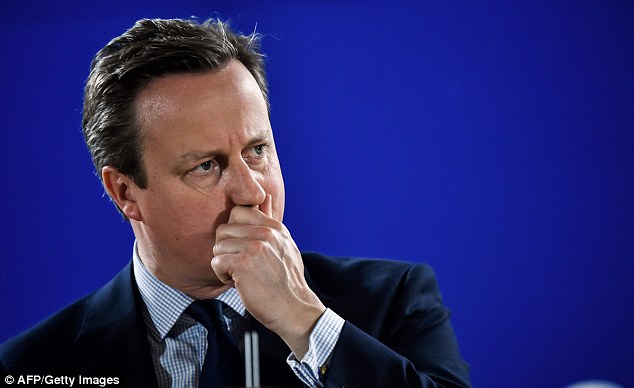 In the year before Mr Cameron announced the £6.6m to Sri Lanka, the Conservatives reported donations of £967,000 from Lycamobile and a personal donation of £100k from Mr Allirajah

Less than two months before the 2015 general election, Mr Cameron met Sri Lankan president Maithripala Sirisena, who promised to identify land to return to the Tamils. Six days later, the Tories registered donations of £370,000 from Lycamobile.

In March 2015, Mr Allirajah attended the Tory ‘black and white’ ball in Mayfair, central London. He got the loudest cheer of the night after pledging £210,000 for a small bronze statue of Margaret Thatcher.

When the Tories made the £6.6 million announcement last November, it said the money would be spent over the next three years on ‘reconciliation, military reform and to help people who were forced from their towns and villages during the civil war’.

The Mail has for more than a month been asking the Foreign Office to disclose exactly how much of the money has been spent and where it has gone, but a spokesman refused.

Some £569,300 of this has come in 2016, even though the firm has during this time faced a police investigation after three of its workers were filmed dropping off rucksacks stuffed with cash at post offices in London.

In June, 19 people connected to Lycamobile were arrested in a raid in France amid allegations of VAT fraud and money laundering of at least £13.4million.

Lycamobile has previously denied financial malpractice. The firm and Mr Allirajah, who lives in a £3 million mansion with his wife in Chigwell, Essex, did not respond to requests for comment.

A spokesman for the Tory Party said: ‘All donations to the Conservative Party are properly and transparently declared.’