While expressing their shock over the killing of two university students by the police last week in Jaffna, university teachers have underscored that the police cannot ‘arbitrarily’ assume powers of authority that go beyond their function. 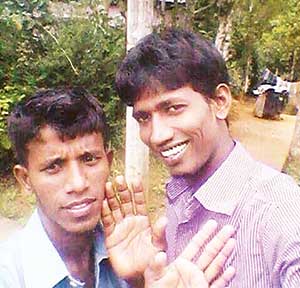 In a statement issued, the teachers said, “We as University teachers are shocked at the wanton killing of two university students by the Police in Jaffna last week. While condemning the act in no uncertain terms, we are also perplexed by the fact that members of the police, who have been endowed with the task of maintaining peace and look to the safety of the people, could arbitrarily assume powers of authority that go far beyond their function. Obviously, something is very wrong with how we in this society understand governance and power.”

“The post war period has offered them some space to reevaluate the texture of life, governance, politics, authoritarianism, and most emphatically, the oppressive nature of the politics of the gun and violence. With the election in 2015, relatively greater democratic spaces were created where discussion, debate and dissent could thrive. However, the situation on the ground is far from rosy. There is little evidence of improvement in people’s lives, and aggressive neo liberal economic policies pushed through in the name of development and reconciliation are a matter of grave concern; there is no policy on resettlement and rehabilitation and the marginalized people are in a perpetual state of destitution; arbitrary arrests and disappearances are still not uncommon and the experience of the people demonstrates that the post war period is still entrenched in violence and the questionable conduct of those in governance and the armed forces. The killing of two young men on a motorbike, for no apparent reason other than that they were speeding, is a chilling indication of the militarized regimen of governance that we continue to be a part of. One can only think of, in sadness, how much the families would have hoped for their children, and would have welcomed the advent of a war-free climate for their young sons to study in,” the statement said.

The teachers recalled with sadness the numerous other instances in which violence had destroyed or maimed the lives of university students throughout Sri Lanka’s post-independence history. “We stand in solidarity with those who grieve these lives, and today we stand in solidarity with the family members grieving the lives of Wijayakumar Sulakshan of Kandarodai, Jaffna and Nadarasa Gajan of Kilinochchi,” the statement said.

“The spaces for democratic action have to expand and it is incumbent upon the authorities to assure all of us that life in the streets, in our workplaces, homes is violence-free. We demand that the President, the Prime Minister and all others in positions of authority undertake this assurance without fail. As a step toward this, we unequivocally demand that:

An inquiry into the killings is expedited and all state forces brought under democratic forms of governance. As an initial step towards the latter, a process of demilitarization in the north and the east carried out speedily and effectively. Such a process should fall within a broader process of demilitarization in the rest of the country and include the dismantling of all surveillance teams that had sprung up during the war, such as TID and other agencies.

Repeal the PTA and prevent all other forms of undemocratic legal measures that might replace it.

Finally, it should review and take steps to make the police accountable to the public for acts of violence and revoke the decision to arm the police.

While such a process would clearly not address the economic and social effects of years of war and violence, it would give families and communities space to work towards a better future,” the statement said.