A visibly displeased leader of the Nava Sama Samaja Party Dr Vickramabahu Karunarathne, has expressed his dissatisfaction after the Kaduwela Magistrate ordered for the bail of a man, who recently vilified him and called him a traitor who should be killed for selling the country to Tamils and Muslims. The culprit had racially discriminated Karunarathne at a restaurant late last year. 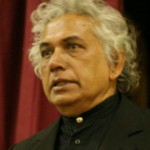 Detailing the incident, Karunarathne said that in last November when he was having dinner with two of his friends at a restaurant in Thalawathugoda, a man came up to him and asked if he was Vickramabahu Karunarathne, and when he had acknowledged that he was, then the man started hurling various abuses and racial slurs. “He became furious. He shouted abuse claiming that I am selling the county to Tamils and Muslims, I am a traitor, and hence I should be killed. When he attacked me with his fist, my friends covered me and one of his strikes even hit my friend,” he said.

During the ruckus, Karunarathne had called the Thalangama police to complain, upon hearing him make a complaint, the abuser, along with his wife and two daughters left the premises. Subsequently, he was arrested but later bailed out.

“I informed SP Nugegoda that I am dissatisfied with the ruling of the Kaduwela Magistrate. DIG Wickremesinghe, in charge of Nugegoda division has informed me that a case for racial violence will be filed against the culprit Mirihanage Manoj Buddhika Hemachandra by the AG’s department,” he said.

Hemachandra was released on a cash bail of Rs 200,000 on November 30, 2016 (Case No B4824/ 16). At the time of the incidents, two friends of Karunarathne, Kithsiri Alwis and Nandana Hapu Arachchi, were with him at the restaurant.

The culprit is allegedly an executive working at Orient Finance Corporation Ltd, Colombo 10.