For three decades, Sri Lanka’s civil war tore communities apart. In 2009, the Sri Lankan army finally defeated the separatist Tamil Tigers guerrillas in a fierce battle that swept up about 300,000 civilians and killed more than 40,000. More than a million had been displaced by the conflict, and the resilient among them still dared to hope. But the next five years changed everything.

Rohini Mohan’s searing account of three lives caught up in the devastation looks beyond the heroism of wartime survival to reveal the creeping violence of the everyday. When city-bred Sarva is dragged off the streets by state forces, his middle-aged mother, Indra, searches for him through the labyrinthine Sri Lankan bureaucracy. Meanwhile, Mugil, a former child soldier, deserts the Tigers in the thick of war to protect her family.

Having survived, they struggle to live as the Sri Lankan state continues to attack minority Tamils and Muslims, frittering away the era of peace. Sarva flees the country, losing his way – and almost his life – in a bid for asylum. Mugil stays, breaking out of the refugee camp to rebuild her family and an ordinary life in the village she left as a girl. But in her tumultuous world, desires, plans, and people can be snatched away in a moment.

The Seasons of Trouble is a startling, brutal, yet beau­tifully written debut from a prize-winning journal­ist. It is a classic piece of reportage, five years in the making, and a trenchant, compassionate examina­tion of the corrosive effect of conflict on a people.

https://www.versobooks.com/books/1704-the-seasons-of-trouble
“The book begins with a dramatic and chilling account of the white van abduction of Sarva, who was all ready to travel to Greece as a sailor. What follows is a never ending tale of torture by terrorism investigators who accuse him of complicity with the LTTE. It cuts to his doting mother, Indra, who soon gets drawn into his mess. What unfolds before them is the brutality of their own state, and even fellow citizens, because they are Jaffna Tamils. At one stage, it looks as if Sarva has no chance of redemption, but the resolute mother doesn’t give up.
The reader is also taken to the north of the island and the warfront through Mugil and her epic journey as a child soldier, a wife, a mother, and finally as a refugee in the squalid Manik farms that the government had set up after vanquishing the LTTE and shelling all the Tamils out of their homes. Mugil’s story is also about her family, which gets directly trapped in the conflict, the Tamil landscape, their culture, their aspirations and their struggle for survival. Through Mugil, one also gets to see the real battlefield, the dispensability of Tamil lives in the eyes of the Sri Lankan state, and their never ending hope for survival.
There is never a dull moment in the book as Rohini skilfully and sensitively segues between the lives of the principal characters, unveiling before the reader the human cost of the war and the brutality of the state while clearly steering clear of an accidental pro-LTTE stand. It’s engaging, painful and so intimate. Her attention to the socio-political and cultural context of Sri Lanka is immaculate.
The most stunning aspect of The Seasons of Trouble is the immensity of details and the craft of writing. Although she is not a Sri Lankan, Rohini displays an extraordinary understanding of the native life that shows up in the book in subtle ways. In terms of writing, she uses interesting techniques with a fluid narration that often make situations stunningly real. The long sequence, in which a British officer interviews Sarva for his asylum, is a vivid example. At one stage, the conversation slips into the use of AK-47 and what follows is a remarkably engaging piece of writing. There are many such riveting moments in the book.”
VersoBooks.com

Preview YouTube video The Seasons of Trouble: Life Amid the Ruins of Sri Lanka’s Civil War 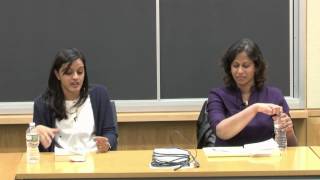 The Seasons of Trouble: Life Amid the Ruins of Sri Lanka’s Civil War