The Transnational Government of Tamil Eelam (TGTE) passed a Resolution in its Sixth Parliamentary sitting in Paris, France, thanking the UN Human Rights Council (UNHRC) for monitoring Sri Lanka’s International Crimes and Human Rights abuses, strongly urging the UNHRC not to give any extension of time beyond the March 2017 deadline to the Sri Lankan Government for it to fulfill its commitment to the unanimously adopted UN Human Rights Council Resolution 30/1, which was voluntarily co-sponsored by Sri Lanka itself on “promoting reconciliation, accountability and human rights in Sri Lanka”. 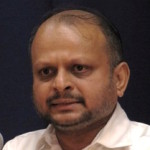 The TGTE Resolution while encouraging the UNHRC to remain seized with accountability and transitional justice in Sri Lanka, requests it to refer the matter to the UN General Assembly with the recommendation to the Security Council that the case for war crimes, crimes against humanity be sent to the International Criminal Court (ICC) or that an ad-hoc International Criminal Tribunal be created on Sri Lanka.

The Resolution states that any extension of time will embolden and encourage Sri Lankan Government to commit human rights abuses against Tamils without any fear and Tamils’ safety will be in danger. It notes that tens of thousands Sri Lankan Security forces that committed mass killings and sexual violence are still stationed in Tamil areas and live among the victims. There are numerous reports of current abuses committed against Tamils including a recent report by UN Special Rapporteur on torture, cruel, inhuman or degrading treatment or punishment, Mr. Juan Mendez.

The Resolution notes that the Sri Lankan government’s continued disregard of human rights norms even today as demonstrated by the above mentioned reports on continuing militarized environment, torture and sexual abuses is further proof that the war crimes of 2008/2009 will not be addressed.

The Resolution points out “as Sri Lanka has accomplished almost none of the commitments it voluntarily made in 2015 to the UN Human Rights Council, any extension of time given to Sri Lanka beyond March 2017 will result in no accountability for war crimes and crimes against humanity it committed against Tamils.”

The Resolution also highlights that any number of years of extension would not yield any results, because there was no political will by the successive Sri Lankan Governments.

“Sri Lanka is attempting to drag this accountability process on and on until it falls off the international agenda, thus escaping from accountability and for the mass killing and sexual violence of Tamils in 2009 in Mullivsaikaal, where according to the UN Internal Review report on Sri Lanka around 70 thousand Tamils were killed in six months.”

The Resolution points out that “the extension of time to Sri Lanka will also embolden other abusive countries around the world to commit mass killings and sexual violence without any fear and follow Sri Lanka’s example to evade UN Human Right’s Council’s Resolutions.”

The Resolution points out that consistency is an important element of credibility and warns that failure to refer Sri Lanka to General Assembly and Security Council will damage UN HRC’s credibility and will weaken this important institution.

The TGTE’s Resolution concludes by strongly urging UN Human Rights Council to refer Sri Lanka to the UN General Assembly, along with a recommendation to the UN Security Council that Sri Lanka be referred to the International Criminal Court (ICC) or that an ad-hoc International Criminal Tribunal be created on Sri Lanka, similar to the procedure followed to assure accountability for North Korea’s Crimes Against Humanity.