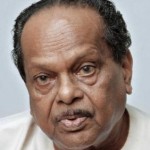 The time has now come for the Tamils of Sri Lanka including those living abroad to wake up from their deep slumber to safeguard their rights and privileges that are eroding fast, due to mishandling and wrong approach of those who had undertaken to do so. It has lasted several years now with hardly any progress made. The curse of the Tamil community in Sri Lanka is that we have too many leaders who champion the cause of the Tamils but have no courage to check their members, making damaging statements detrimental to the Tamil cause. The number of such leaders keep on increasing, under the pretext of giving better leadership than those who are already in the field with such promises and accusing all others as traitors.

I had been living in this country for 83 years, 14 years of which was under foreign rule and the balance period of 69 years in Independent Sri Lanka which gained its Independence in Feb 1947, from the British. Many may not agree with me if I say that life was much better during the last lap of the foreign rule, in comparison with the present day in many ways, if not in all matters. Some may say that I am unpatriotic but with pride I say that I am patriotic as much as any other person will claim.

The Tamils have numerous problems. So with the Muslims too. The Federal solution will be the best for the country. There is no doubt about it. The first person to say this was the late Hon. S.W.R.D Bandaranaike a Sinhalese leader, long before Independence, followed by the Kandiyan Sinhalese leaders in their evidence before the Soulbury commission that recommended Independence for Sri Lanka from the British rule. The next Sinhalese leader who claimed Federal solution as the best was Ex.President Hon. J.R. Jeyewardena. Unfortunately he said this only at the time of his retirement, although he had four fifth majority in Parliament when he was in power. Another Ex President Hon. Madam Chandrika Bandaranaike Kumarathunga was the next Sinhala leader who supported the Federal solution as the best for Sri Lanka. It was Ex. President Hon. Mahinda Rajapaksa when he was Prime Minister proposed a Federal solution at a convention of the Sri Lanka Freedom Party. Perhaps the last in this list of Sinhala leaders so far is Hon. Ranil Wickremesinghe who offered Federalism as a solution to the ethnic problem, as the Presidential candidate at the Presidential Election held in 2005 while contesting with Hon. Mahinda Rajapaksa. Why are the Sinhalese now violently opposing it? Our leaders should take the blame for this.

I am not trying to confuse anybody. In my anxiety to find a solution to the ethnic problem which is the main obstruction to the progress of the country. I am exploring all possibilities of finding a conscientious solution. The Indian pattern of devolution seems to be acceptable to all sections of the people of Sri Lanka. Everyone wants a solution early.

I am strongly of the view that the JVP too can be persuaded to accept the Indian pattern of devolution in the larger interest of the country and to achieve much desired Peace. India with 25 states within do not talk about separation. They also do not bother whether it is a Federal state or a unitary state. They have reached Unity in Diversity, a lesson we Sri Lankans, should take from India. The International Community including India had repeatedly declared that they will not support separation. The concerns of India, our big neighbor, cannot be ignored and the LTTE too should take serious note of it.

The ethnic problem is now fifty years old. The problem that started with the passage of Sinhala Only Act of 1956, could have been solved if the Banda-Chelva Pact had been implemented. Ten years later Dudley-Chelva Pact could have solved it if implemented. The proposal of President Chandrika Kumarathunga, of 1996 could have solved it, if due co-operation was given. For the first time in the history of the ethnic problem “Federalism” had been offered as a solution to the ethnic problem. If we clear the little hurdle we will have the support of the entire country with hardly any opposition to solve the problem on the Indian pattern.

We should take the blame for the change of attitude of the Sinhalese people. All what are said here reflects the situation that prevailed a few years before the change of government on 08th January 2015. A lot of things took place more behind the scene than openly. What happened behind the scene will not be acceptable to the TULF which strongly believes the changes that took place did not give way for Good Governance. Instead deprived certain political parties of their free existence. The entire world knew the roll the TULF played in the political arena and its contributions for the promotion of democratic principles. The TULF was not routed at an election held democratically.

The general election held in 2004 was the most undemocratic election ever held in Sri Lanka at which all activities of the political parties contesting were completely curtailed to enable the TNA alone to win all the 22 seats including the two national list seats. As a result no democratic party could ever raise its head in the Tamil areas. This is possible because of the undue importance the government is giving to the TNA. There was no justification at all to accommodate the leader of the TNA in the National Executive Council which was more powerful than the cabinet. This had given undue strength to the TNA, very detrimental to other political parties. As a result the TNA is enjoying power without doing anything for the Tamil people. The Tamils have started feeling that the activities of the Good Governance has not done any good to the Tamils. Hence the TULF demands that the leader of the TNA should resign his seat in Parliament.

The TNA is very much aware that under the present circumstances merger of the North and the East and a Federal solution are not possible immediately. Although the people were in a mood irrespective of their ethnicity to support a Federal solution at that time when Hon. Ranil Wickremesinghe offered it at the 2005 Presidential election, today the situation has completely changed. The main reason is the unwanted statements made by TNA members off and on, which had created a certain amount of suspicion about the TNA’s real motive. It is very unfortunate that the leadership of the TNA has no control over its members. Till the suspicion created in the minds of the Sinhalese people is completely erased off, it will be difficult to achieve anything. It is now very clear that if the TNA is allowed to continue like this they will never solve our problems for which the first requirement is that their members should not talk out of turn and also think and act cautiously. Under the present circumstances the only option the TNA has is to demand from its leader to quit Parliament, since the members belonging to the other three constituent partners of the TNA are seldom consulted before a decision is taken on behalf of the TNA.