Former Narahenpita Crimes OIC Sumith Perera was released on bail today by the Colombo High Court despite covering up the murder of ruggerite Wasim Thajudeen. 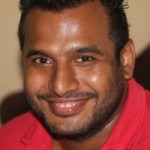 The court which released the suspect on a cash bail of Rs. 100,000 and three personal sureties of Rs. 1 million each, ordered that the ex-Crimes OIC hand over his passport to the Court. Perera was granted bail when his revision bail application was taken up today.

Perera was arrested by the CID in April last year on charges that he had concealed evidence with regard to the murder of Thajudeen. Following a statement by Perera last year, Former Senior DIG Anura Senanayake was arrested subsequently in May 2016 by the CID for also concealing information pertaining to the murder.

Senanayake continues to be in remand.

In August last year, the State Counsel informed the Colombo Additional Magistrate that Perera had received telephone calls from the Presidential Secretariat on the day Thajudeen was murdered. Two sons of former President Mahinda Rajapaksa have been accused of having direct links with the murder.