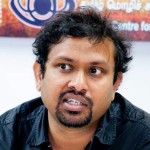 The upcoming general election in Britain will not be an ordinary one. Despite the fact that the Labour Party is behind in the polls and suffered some losses in the more rural county council elections, Labour Party could still form a government after 8 June. The popularity of Corbyn’s policies continue to enthuse a huge number of young voters. It was reported that there is a surge in voter registration among young people.

As for most of the workers and poor and for the Black and Asian population living in Britain, the choice is somewhat simpler. Either vote for a warmongering, immigrant-hating party that promises to make more cuts in services and further privatise the NHS or vote for a party that has promised to end cuts and end tuition fees, increase the minimum wage, etc. The policy differences must be discussed in detail. But the point of this short article is to outline the key points that impact on Sri Lanka and on Tamils living across Europe.

On Wednesday 4th I met with John McDonnell, Shadow Chancellor of the Exchequer, for an exclusive interview. Among other things, one of the key clarifications we sought from the Labour leadership is about their foreign policy regarding Sri Lanka. This was in complete contrast to the interview I did with David Cameron, former Prime Minister, during his visit to Sri Lanka in 2013.

Cameron refused to speak out truthfully. He dodged the question about any action he could take in the interests of the oppressed Tamils. When he was asked a specific question about the Sri Lankan government’s unwillingness to deliver on human rights and what concrete plans he had, his answer was murky to say the least. He ambiguously declared that he “will not be backward”. His sole aim was to manipulate the media into getting good press for his visit to Sri Lanka. He didn’t have serious concern about human rights. Time passed. The backward prime minister backed away from politics. No justice was delivered. The month of March when the UN human rights council meets came and passed. Last march the UN gave another two years for the Sri Lankan government before any war crime investigation is held.

In contrast to the abysmal evasion of Cameron, John McDonnell went straight to the point. The two year extension is unacceptable he said. But it was Labour that was in power during the 2009 massacre of Tamils. Among the chants of over the over 100,000 Tamils who took to the streets at that time was that the demand of “Gordon Brown, Gordon Brown save the Tamils”. The then Prime Minister Brown continued the military aid to Sri Lanka. So what has changed? Would a Corbyn-led government be different?

John McDonnell was quick to point out that he was with the Tamils in their rallies in March 2009. He was on the right side of history. He and Jeremy had openly defended the Tamils and spoke in many meetings at that time. It was Jeremy Corbyn who helped many Tamil diaspora organisations to have their initial presence in the UNHRC. John McDonnell, for example, agreed to be a chairman of the Tamil Solidarity campaign at its initial stage of formation. Though the situation is different now, their position on Sri Lanka has not changed.

Not so surprisingly, I didn’t have to grill him to get concrete details. If the Sri Lankan government continue its human rights abuse Labour government under John and Jeremy will not tolerate it. They would stop any military assistance. He went further stating that they will also stop trade with human rights abusers.

The message cannot be clearer than that. This means there will be a sharp turn in foreign policy unlike any we have seen in recent British history. For some it may look like an attempt to woo the Tamil voters in the coming election. But this would actually be in line with Corbyn and McDonnell’s strong history of standing by their principles and by the oppressed masses of the world. If they are elected in June, the Sri Lankan government will undoubtedly come under huge pressure. But that means John and Jeremy will come under pressure from those who wish to defend the status quo, who cherish the increased opportunities for exploitation in Sri Lanka. We must be ready to defend those who defend us.

For Tamils living in Britain who want tough measures taken against the Sri Lankan government the choice is simple. Backing Corbyn will not only benefit their living standards with the pledges of free education, a £10/hr minimum wage and to take the NHS back from the private companies who wish to profit from it, but will also be in favour of a kind of foreign policy they desire.

16 Jul 2013 – Blood money: UK’s £12.3bn arms sales to repressive states … 3,000 export licences formilitary and intelligence equipment worth a total of £12.3bn … items have been sent to Iran, China, Sri Lanka, Russia, Belarus and Zimbabwe … ballistic protection, which is believed to have been for an aidorganisation.

22 May 2010 – When the US ended direct military aid in 2007 over Sri Lanka’s …. Under British rule, Tamils were favoured for government jobs; today Tamils …

31 Mar 2016 – British aid to Sri Lanka helped set up a vigilante network that supplied … In 2008, theSri Lankan Ministry of Defence “merged” a community …