A group of people from rape victim Sivaloganathan Vithya‘s native village Punguditivu, Jaffna has written to Chief Justice urging him to hold the trial-at-bar of murder and rape case before Tamil speaking judges instead of in Colombo before Sinhala speaking judges. 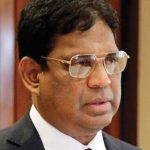 In a letter addressed to the Chief Justice on 11th May, the signatories said they were extremely concerned about reports that the trial-at-bar against those indicted for the murder and rape of Vithya will take place before three Sinhala speaking judges in Colombo as opposed to a trial-at-bar in Jaffna.

“The transfer of the case before three Sinhala speaking judges would mean that they will have to listen to evidence and testimonies in translation, thereby greatly affecting the ability of the judges to make a first-person assessment of the evidence. It will also mean that the entire non summary inquiries will have to be translated into Tamil leading to further delay in the commencement of the trial. The conduct of the case in Colombo would also be in violation of the language rights of the affected party enshrined in the Constitution,” the signatories hailing from the victim’s native village said.

But more importantly, the letter said that the transfer of the case to Colombo will greatly affect public confidence in the judiciary. “The conduct of the trial at bar in Colombo will amount to a continuation of the earlier bad practice that involved transfer of cases from the North and East to stations outside of Colombo. We also believe that this would lead to the impression that courts and judges in the North-East are somehow inferior in standing to courts in the South,” they noted.

The signatories therefore urged the Chief Justice to reconsider the decision and appoint three Tamil-speaking judges to hear the trial at bar case in Jaffna.

Last year the independence of the country’s judiciary was questioned after Colombo High Court acquitted all five suspects including three former intelligence officers of the Sri Lanka Navy in the murder case of TNA MP Nadaraja Raviraj. The decision was received with vehement opposition with even Ministers in the government condemning the court decision and also questioning the independence of the country’s judiciary. Many who voiced their disappointment over the court ruling questioned if the trial was fair, taking into consideration that the members of the special jury, the judge and even the suspects were all Sinhalese while only the victim was Tamil.