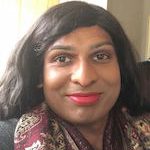 It has been eight years since Sri Lanka underwent one of the most decisive turns, if not the most decisive and epoch-changing turn, in her post-1948 history. The conclusion of the final military offensive against the LTTE, Colombo’s resounding victory, and the LTTE’s defeat, resulted in a substantive transformation of the national and regional security configurations. This was an outcome previously deemed impossible in practitioner and academic circles. To so-called ‘Sri Lanka researchers’ – a mixture of anthropologists, geographers and development studies people – where ‘whiteness’ is deemed carte blanche to write authoritatively about Sri Lanka, May 2009 was an unexpected outcome.

On the diplomatic front, many governments, especially in Delhi and in the West, expected what they termed a ‘peace settlement’. Their worries about the course of action the government of Sri Lanka eventually chose were evident in the Kouchner-Miliband diplomatic visit to Sri Lanka, weeks before Mullivailkkal.

To some, this day represents the ultimate victory, if not the ‘liberation’ of Sri Lanka from the ‘terrorists’.

To others, this day is a day of tremendous and unprecedented violence, of murder, of rape, of torture.

The military victory led to a major humanitarian crisis, and the personal narratives of Tamil people who experienced it were extremely disturbing, to say the very least. The state, however, practiced a policy of abject denial. To state authorities, the treatment of people in the ‘camps’ was exemplary. Cases of sexual violence were abjectly rejected. When amateur videos from mobile phone cameras, capturing moments of the war’s final stages, leaked out to the Western world and a British media company and a cis-white man capitalised upon them, Colombo continued its policy of abject denial, and even went as far as making its own ‘film’, entitled ‘Lies agreed upon’.

This writer, a Sinhala-Buddhist Sri Lankan, wishes to stay in her lane when discussing Mullivaikkal.

What follows is a Sinhala, and Sinhala-Buddhist perspective on Mullivaikkal, a reflection of how the government of Sri Lanka can begin a mature conversation on what happened and what lies ahead.

No room for politics of denial

The politics of denial – denial of the suffering of people, especially the economically and financially most vulnerable of Tamils – are never viable. This is the first reality that requires repetitive emphasis. Wars are never fought in the absence of civilian casualties. It is a fact that there was a sense of tremendous anger among segments of the armed forces with regards to the LTTE. This was also the case in the wider Sinhala community. The media and the political class were never intent upon highlighting one salient reality – that the Tamil Tigers, if not the LTTE, or the youth who joined the LTTE since the late 1970s to the late 2000s, were all Sri Lankan citizens. They were all Sri Lankans, just like us all. The only difference was their sheer sense of discontent, anger and despair over a range of issues (which, to a large extent, continue to be unaddressed).

The LTTE committed acts of atrocity. There is no denial of its tactics, of the violence, of the internalised forms of repression it generated within segments of the Tamil community. There is widespread anger against the LTTE not only among the Sinhala and Muslim people, but also among many Tamil people.

However, and despite all of the violence that the LTTE generated, the government of Sri Lanka needs to recognize, and openly admit one key fact – that the LTTE came to being due to the repetitive failings of the government of Sri Lanka vis-à-vis the Tamil people. If a more cautious approach was pursued in the post-1948 years, the rise of the LTTE – among a hard-working, upwardly-mobile and diligent people – would not have occurred.

In making this statement, it is also necessary to not to lose sight of the fact that the government of Sri Lanka also failed Sinhalese youth, especially those who shared the same social stratification as Tamil youth who created and fought in the LTTE. When we look at the divisive politics of today, where a great deal of silencing of marginal voices operates, a system that systematically favours and encourages political dynasties, and the continuity of social divisions, the problems that led to armed violence in the north and south continue to be, to a large extent, under-if not-un-addressed.

The way forward lies in accepting the fact that the JVP members who resorted to armed violence in 1971 and 88-89, and the LTTE members (and those of other Tamil groups) who opted for armed violence from the 1970s on, did so for reasons. They were all Sri Lankan citizens. Those who created, strengthened and fought for the LTTE may certainly have called for a separate state. At the present juncture, it is important for us, especially in the Sinhala community and in the government of Sri Lanka, to revisit the reasons why they developed the separate state argument. It is in such a line of reflection that concrete responses to today’s challenges can be found.

The people who suffered due to the war, irrespective of their ethnicity, faith or political positions, have a right to commemorate the fallen. That right is non-negotiable and inalienable. It is a right that the state and the armed forces need to respect. May 18th should be a date for the government of Sri Lanka, at its highest levels, to reflect upon the reasons that led to the rise of Tamil militant activity and the role of past governments in bringing about such violence.

In terms of governance, there are salient factors – such as the geopolitics that concern northern and eastern Sri Lanka – that play into government policy in the post-war phase. The most vital, centre-point for future action is that of seeking to avoid, to the best possible level, forms of oppression that keep the local populations of northern and eastern Sri Lanka marginalised. This does not, obviously, mean that multiple forms of marginalisation do not occur elsewhere in Sri Lanka. The necessity of the day is an intersectional and consistent focus on fundamental rights, along a logic of empowerment, of gender justice and equality.

*The writer is (@fremancourt) is a researcher at Queen’s University Belfast, and the LGBTQI Officer of the Labour Party in Northern Ireland.