On May 18, 2009, Sri Lanka ended a decade long civil war. The day after, May 19, has traditionally been celebrated as “Victory Day” and marked with military parades.

That is, until May 19, 2015, when Cabinet spokesman Rajitha Senaratne announced that the Government of Sri Lanka would instead mark “Remembrance Day” in memory of those who had lost their lives.

The move gave fresh hope to families of the North, who often had their memorial day activities blocked while the news simultaneously broadcast images of the “Victory Day” parades.

In 2015, families were able to commemorate the fallen, but under surveillance. It has been increasingly apparent however that these changes are only cosmetic in nature.

On May 17, courts in Mullaitivu blocked a commemorative event to be held near the Chinnapar Catholic home in Mullivaikal. The stay order was at the request of the police, who felt the event posed a threat to national security. Prior to the event, the organisers faced intimidation and surveillance. 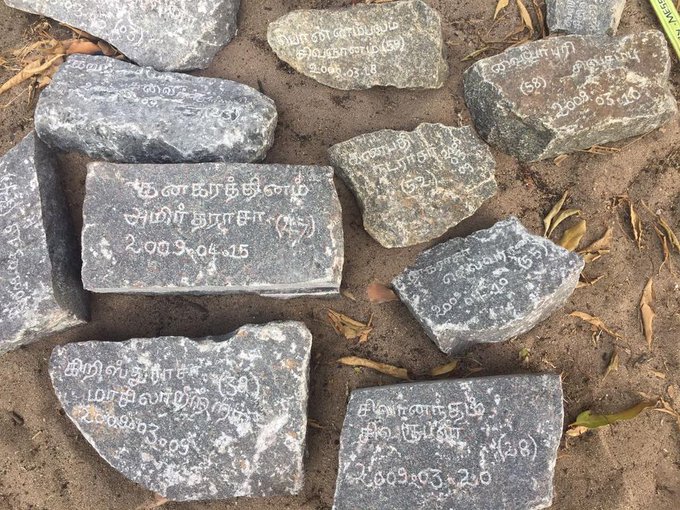 Why is #lka govt intimidating activists organizing remembrances on #May18 in #Mullivaikkaal? No right to grieve, cry, remember end of war?

Stones carved with names of people who died in the war including Thuvaraha (age 2). #lka considers these a threat to national security

The stay order was challenged in court, and permission was eventually given to hold the event on Church premises.

The move to block the community event was all the more jarring given the monuments in the North, which tend to celebrate the might of Sri Lanka’s military. At what was once a children’s park, in Kilinochchi, for instance, a giant bullet is embedded in the wall, with a lotus blooming out of the top – this is meant to be a ‘victory monument’, and is often photographed by curious tourists, as is the nearby water tower, demolished by the LTTE, or the bust of a soldier, gripping a rifle at Puthukudiyiruppu.

These moves only add to the pain still felt by many families in the former conflict areas. The blocking of memorialisation in Mullivaikkal is only the latest move showing the extent to which military is involved in civilian life in the North.

Recently, Groundviews visited Mullikulam and Keppapuvalu, where families are protesting for the return of lands held by the Navy and Air Force. In small tents set up right at the entrance of the camps, these families took turns to sit in for 24 hours calling for the return of their land. It was only after months, and after continued media coverage, that the state began partially releasing land.

Those who do return face having to rebuild their homes, damaged by the military, with no compensation from the state. In areas like Pilakudiyiruppu in Mullaitivu, the families are forced to live in tents, with little to no facilities.

Across Vavuniya, Kilinochchi and Mullaitivu, families of the disappeared are also protesting, demanding to know the whereabouts of their loved ones.

The President has stated that the constitutional reform process must be prioritised over transitional justice mechanisms. While constitutional reform is vital, the result is that mechanisms like the Office of Missing Persons have yet to become operational. Promises to introduce draft legislation for a truth and reconciliation commission ‘within 2 months’ have not yet materialised. Yet these issues are rarely raised in mainstream media. The stark difference in the way this day was marked was captured by BBC correspondent Azzam Ameen: 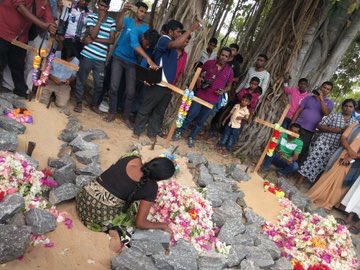 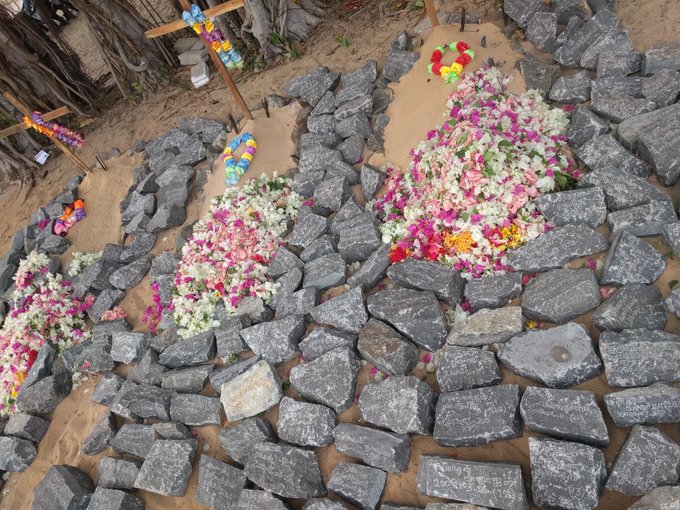 Several commemorative events were held in the North to remember those who died in the final phase of the war, on its 8th anniversary today 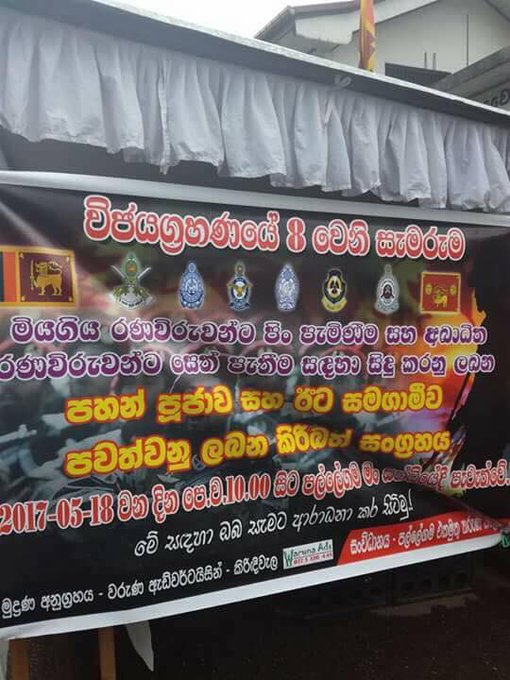 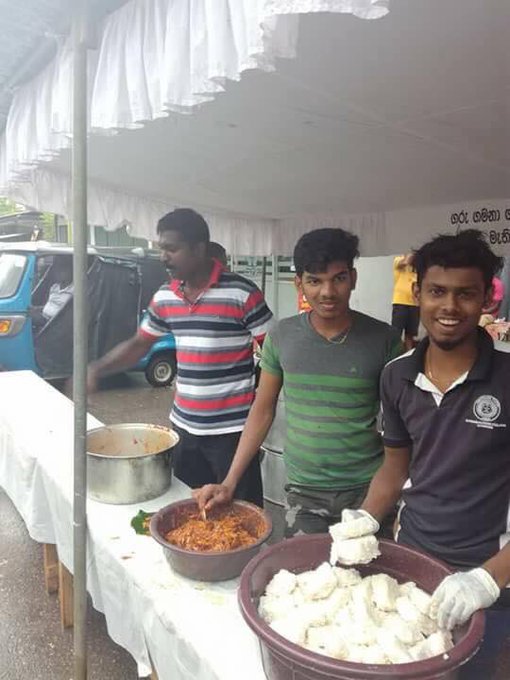 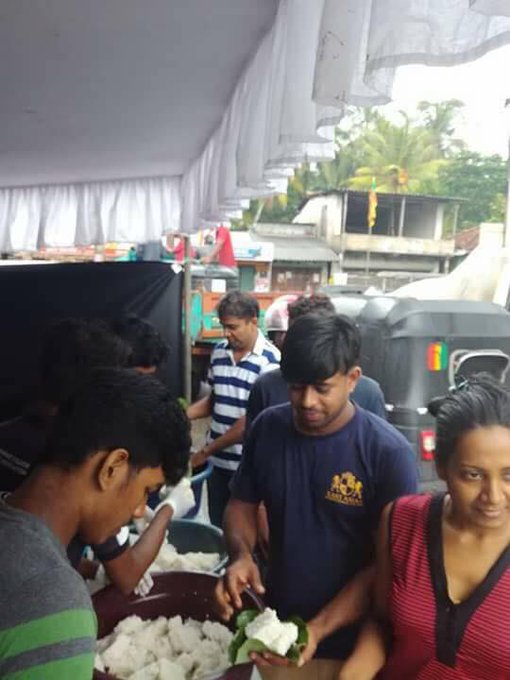 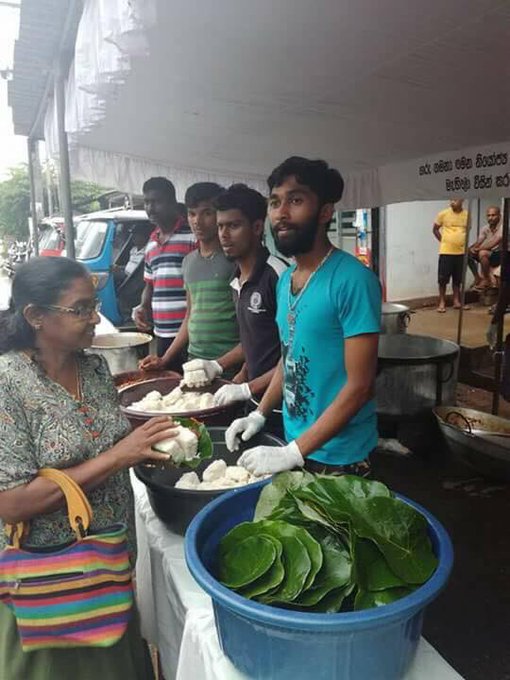 For people living in the conflict-affected areas, May 19 is not a day of celebration. It is a stark reminder of all they have lost. Yet, the way this day is marked continues to downplay these lived realities. The continued protests across the North and East highlight the pain and anger that still prevails, 8 years later. Until this is acknowledged and addressed, May 19 will continue to showcase division.