The Keith Noyahr abduction investigation finally took a decisive turn when the CID questioned Gotabaya Rajapaksa, the former Secretary to the ministry of of Defence of Mahinda Rajapaksa’s Presidency. Gotabaya, a younger brother of former President Mahinda Rajapaksa was questioned at the CID Offices in Fort on 2nd of June. Early into this investigation the CID arrested and remanded Major Prabjath Bulathwatte, Sergeant Duminda Weeraratne, Sergeant Hemachandra Perera, Corporals Lasantha Wimalaweera and Nishantha Jayatillake, all serving officers of the Military Intelligence led by Gen. Kapila Hendavitharne and his immediate subordinate Brig. Amal Karunatilleke. 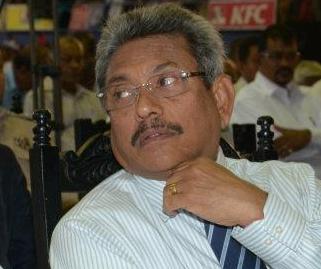 Going by circumstantial and other documented evidence the CID had gathered, finally Gotabaya Rajapaksa was summoned to record his statement. Colombo Telegraph learns from CID sources that Gotabaya Rajapaksa had early into his statement deflected the responsibility of Colombo’s security to Gen Hendavitharne and Brig. Amal Karunatilleke, who reported to (then) Gen. Sarath Fonseka, the serving Army Commander at the time of this crime.

Confronted by conflicting evidence, the CID continued to question on evidence available that the then President Mahinda Rajapaksa did call Gotabaya subsequent to a plea by the Editor of the Nation Lalith Alahakoon. Alahakoon had called President Mahinda Rajapaksa for his help when Keith Noyahr was abducted. This late night call resulted in Mahinda Rajapaksa calling Gotabaya Rajapaksa who in turn did intervene. Major Bandara Bulathwatte at this time was at the Dompe safe house and answered the phone saying “Yes Sir, Yes Sir…..”.Keith Noyahr who was being assaulted at this safe house heard this one sided conversation. He was released a little while thereafter.

The CID questioning Gotabaya Rajapaksa presented this evidence which led to the former Defence Secretary going  numb !! Colombo Telegraph learns that Gotabaya Rajapaksa went numb at the evidence presented and was in deep thought for about ten minutes before saying that when the former President called he had to intervene and he did call the Army Intelligence and the Police ( former DIG Anura Senanayake, now bailed out in Wasim Thajudeen murder investigation).

Colombo Telegraph further learns that investigators were somewhat baffled by this revelation. “Why the former Defence Secretary had to call the Army Intelligence for a common crime?”, they query. “It is the duty of the Police to investigate such crimes”, they said. “The facts are that Keith Noyahr was released subsequently and the thread of evidence clearly ties the Army Intelligence to the crime. It does beg some other questions as well”, they said.

Colombo Telegraph further learns that the CID would have additional statements to record from the former Secretary Defence Gotabaya Rajapaksa. “Why did the former President call the Defence Secretary to intervene ? Why did the Defence Secretary call the Army Intelligence in addition to his pet Police Officer? Did they know who had to be contacted to release Keith Noyahr? But the sixty million dollar question is that Keith Noyahr WAS (emphasis by CT) released subsequent to these calls. And the fact that Keith Noyahr heard Maj. Bulathawatte say “Yes sir, Yes sir……” before a sea change happened with the abductors, are relevant,” they said.

Colombo Telegraph learns that the CID has evidence that it was the same team that was involved in the brutal killing of former Editor in Chief of The Sunday Leader, Lasantha Wickrematunge. Lasantha Wickrematunge too, according to evidence, had called President Mahinda Rajapaksa when he was being followed by the murderers on motor bikes.

The then President did not take his call stating that he was in the shrine room. “Would fate have been different if the call was taken? Oh what a web we weave….when we stoop deceive,” a police source told Colombo Telegraph.

WikiLeaks:‘There Will Be No Investigation, No One Will Be Able To Find Out What Happened To Keith’ – Gota