The 2016 Foreign & Commonwealth Office report on Human Rights and Democracy was presented to the UK Parliament by the Secretary of State for Foreign and Commonwealth Affairs. 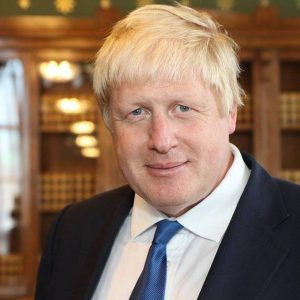 “We designated HRPCs following careful consideration against three separate criteria: the human rights situation in the country; the country’s human rights trajectory; and the UK’s ability to influence change. The purpose of selecting HRPCs was to help us prioritise our efforts. This is not to say that we do not work on human rights in many other countries in the world, and indeed through multilateral fora. HRPCs have been treated as priorities for funding from the Magna Carta Fund for Human Rights and Democracy. The cut off point for this report is 31 December 2016. At https://www. gov.uk/government/collections/human-rights-and-democracyreport-2015-priority-country-reports you will find our latest assessments of human rights in the HRPCs.” said the Foreign & Commonwealth Office.

“Our Annual Human Rights Report reviews developments over the last twelve months. This year it paints a stark picture of continued human rights violations and abuses in Syria, Iraq, South Sudan, the Democratic Republic of Congo, and many other countries across every continent. However, the picture is not unremittingly bleak, and the UK has been instrumental in promoting and protecting human rights in many areas around the world. For example, a landmark Human Rights Council Resolution at the UN, co-tabled and driven forward by the UK, successfully encouraged the Sri Lankan Government to continue making progress on promoting reconciliation, accountability and human rights, in line with its commitments.” said the Minister for Human Rights, Lord Ahmad of Wimbledon.

“Supporting reconciliation and reform in Sri Lanka remained important throughout 2016. In June the UN High Commissioner for Human Rights Zeid Ra’ad Al Hussein provided an update on implementation of HRC resolution 30/1 on Sri Lanka. The UK will continue to support the Government of Sri Lanka in its fulfilment of resolution 30/1, encouraging determined political leadership and inclusive consultations with all communities.” the report highlighted.

We publish below the relevant section on Sri Lanka:

The human rights situation in Sri Lanka saw some improvement in 2016. The Government of Sri Lanka made progress against some of its commitments reflected in UN Human Rights Council (HRC) Resolution 30/1, but much remains to be done. The UK welcomed the passing of legislation establishing an Office of Missing Persons. This was an important step towards reconciliation, although it is yet to come into operation. A constitutional reform process is underway. It is hoped that this will address issues of devolution and introduce a Bill of Rights. The Sri Lankan Government is committed to repealing the much criticised Prevention of Terrorism Act (PTA) and is drafting new counter-terrorism legislation which it intends will be compliant with international human rights standards. These would be important steps in removing historic grievances and strengthening human rights and the rule of law in Sri Lanka.

The government announced further land releases in 2016. While the military maintained a significant presence in the north, the lower profile it took was generally welcomed. The UK has consistently called for the acceleration of land releases and the demilitarisation of the north. Some prisoners held under the existing PTA were released, though many remain in detention without charge. Reports of surveillance, intimidation and harassment by the security forces continued in the north and east, although at much lower levels than under the previous government. Intercommunal tensions remained an area of concern. Tensions were fuelled by hate speech by members of extremist nationalist groups. Sri Lanka continued to engage with the UN and invited a number of UN experts to visit the country, including the UN Special Rapporteur on Torture. He reported full cooperation by the government, but raised concerns about the standard of detention centres and continued cases of torture.

Discrimination against LGB&T persons remained a problem, with a report from Human Rights Watch highlighting that transgender people, and others who did not conform to social expectations about gender, faced discrimination, abuse and mistreatment.

The UK continued to support Sri Lankan Government efforts to develop a more capable, professional and accountable police force, with the aim of reducing the risk of human rights violations, including torture, and improving public confidence in the rule of law. The UK also provided support for the UN’s work on reconciliation and peace building, and demining in the north. The then FCO Minister for Human Rights and the Commonwealth, Baroness Anelay, visited Sri Lanka in November and underlined the UK’s commitment to support reconciliation and accountability. The minister also highlighted UK work to help tackle sexual and gender-based violence in Sri Lanka and the importance of accountability and tackling the stigma suffered by victims. She welcomed the Sri Lankan Government’s endorsement of the Declaration of Commitment to End Sexual Violence in Conflict earlier in the year.

In 2017, the UK will continue to support and encourage Sri Lanka to make further and faster progress on human rights. We will continue to work with the Sri Lankan Government, international partners and civil society to support delivery of the commitments that Sri Lanka has made to promote accountability, reconciliation and human rights and look forward to the report of the UN High Commissioner for Human Rights on Sri Lanka’s progress before the HRC in March 2017.