The presentation of title deeds of the lands to the farming community in Walawa zone and Mahaweli ‘’H’’ zone under the National Programme to offer 100,000 title deeds to Mahaweli settlers who are Sinhalese will be held on 11th  and 12th August  2017 under the patronage of President Maithripala Sirisena.

According to the policy of giving each and every Sri Lankan citizen right to own a land and a house, and under the directive of President Maithripala Sirisena these title deeds will be presented to the Mahaweli (Sinhala) settlers and through this initiative they will get an opportunity to prosper their lives. 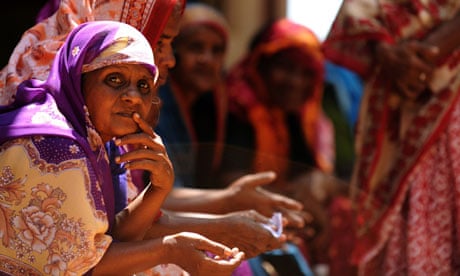 ‘We even need permission to bury our dead’: Sri Lanka’s war legacy lingers

It says hopes of peaceful coexistence are being thwarted by the enduring displacement of Tamils, the appropriation of their land by the military, the new government’s refusal to take the country off its war footing, and the delay in investigating allegations of war crimes committed by both state forces and the Tamil Tigers.

“Six years later, a silent war continues under a different guise,” says the report, The Long Shadow of War: the Struggle for Justice in Postwar Sri Lanka. “One major issue is the continued displacement of people from their lands and homes as a result of persistent military occupation of the northern and eastern provinces.”

2 Mar 2017 – War-hit people in north & east ask army to return their land. … Tamil’s demand is reasonable and their right to be remedied forthwith is their

Sri Lanka accused of waging ‘silent war’ as Tamil land is appropriated by army … of thousands of government troops continuing to occupy the north and … They see no sign of return, despite numerous demands and petitions.