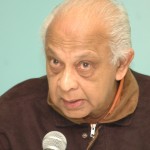 I could see a table, wires, wooden sticks, blood marks on the wall. It looked like a torture room”.

These torture rooms are common and suggest there is nothing opportunistic or unsanctioned about the abuse. It also indicates that torture is routine and that commanders are fully aware of torture rooms.

I will quote the Report: “It is worth noting that most victims experienced several of not most of the torture methods catalogued here and for weeks or months, in some case right up to their release for money”.  I would ask again, as I have done earlier, “What if the family is too poor to find the money?”

A new way of waking up a sleeping victim

I quote a victim: “If I was asleep when they came in, they would stamp on my genitals, my penis and my shoulders very hard with their shoes to wake me up”. I’d suggest that you try this highly effective method on someone you know, who is asleep.

Torture methods. A new use for pliers

A victim: “The torture I endured varied each time but included: holding my head under water in the barrel for a while until I could hardly breathe; pressing pliers down my nails; punching me in the stomach and chest and the back of my head. My hands were tied up to a rope that came down from the ceiling and I was beaten very hard with a belt and sticks from my legs up to and over my back.”

There is an entire Chapter at the end of this publication on torture methods.

Women security force personnel continue to be involved in torture of female detainees. This is a pattern observed in previous ITJP testimony and, it has also involved lesbian sexual abuse of women by female soldiers.

To quote a victim: “The woman told me to remove my clothes. I refused. The woman pushed me on to the floor and tried to pull off my clothes. When she had removed the clothes she left the room. Then one of the men hit me hard on my face and the other man was burning me with a metal rod”.

Those who want to see the result can do so in my book. “Sri Lanka: Sexual Violence of Tamils by the Armed Forces”.

Before I move on I will remind the reader again that this is not Rajapaksa’s Sri Lanka but Sirisena’s Sri Lanka. Where the Tamils are concerned, all that happened in January 2015 was a name change from Rajapaksa to Sirisena.

Of 24 individuals interviewed from 2016/17, 18 described experiencing sexual violence. This high level of sexual violence is in keeping with previous ITJP findings.

I might add that my book on Sri Lanka: Sexual Violence of Tamils by the Armed Forces, published in 2015 was 160 pages. The 2nd Edition published in 2017 is 265 pages. If you want a book, send me an email and I will send you a book free. I will also send you half a dozen dvds that I have recorded on the suffering of the Tamil people.

“Although ethnically derogatory language is quite usual throughout the torture and in holding cells, it is particularly prevalent during the sexual violence”. Here is a victim: “They said things like ‘you Tamil dogs, are you trying to fuck with the Sinhalese, you will always be our slaves. They called me a Tamil dog, Tamil cunt and Tamil cocksucker”.

Here is another: He then took off my underwear and raped me anally with his penis. He then pulled my penis and testicles very hard. ‘We will make sure that you will not create a future Tamil with this’.

I will deal with this verbal abuse later.

Here is a quote from a witness:

Here is another witness:

“This time they also squeezed and beat my genitals. They also put a bag over my head which had petrol fumes, and started beating me; I fainted.

On one occasion they also put something that burned very badly on the tip of my penis, they forced a pipe into my anus whilst I was chained from the ceiling.

This man had a polythene bag with him and put his hands inside it and squeezed and twisted my penis. I felt as if I was dying and shouted- ‘if you want to kill me – just kill me’.

Back to the publication: “The incidents of sexual violence including rape often involve the interrogators and guards but also by unknown men. The impression given is that detainees are available for anyone to abuse at night”.

Here is a victim: “He made me kneel down and grabbed me by the hair. He was forcing himself on me; putting his penis into my mouth. I pulled away, he forced himself back on me”.

Here is another victim: “He took my underware off, he touched my penis and he put my penis into his mouth”.

Here is another: “One would hold me and forcibly open my mouth so the other can insert his penis into my mouth. Another man came into the room, he made me kneel and then held me from behind. The other man in front of me put his penis inside my mouth.”

Do I need to go on with this dreadful information? Yes, I do because there is much more and you must get all the information. Is it shocking? Yes it is. That is why I recorded the dvds. If you are not shocked, then I will have to re-record the dvds because they have failed to do what I wanted then to do – to shock the world.

“In most cases the victim is ordered to give oral sex to the perpetrator”.

Here is a witness: “He kneeled in front of me and put his other hand around my penis and started sucking it”.

And another: “This time he forcibly masturbated me three times”

Here is a victim: “The man who sexually abused me came once or twice a week until the end of my detention and continued to force himself on me. Twice when I did’nt satisfy him, he forced an        “S-Lon” pipe into my anus “

And another: “Two came together and sexually assaulted me. They raped me anally by inserting a metal pipe in my anus on 3 or 4 occasions. The men also urinated on me and forced me to drink the urine. It was sickening.”

And another: “They anally raped me, I think with the metal pole that they had brought in”.

Here is a victim: “He made me sit up and rubbed his penis on my face. I turned my head and he slapped me on my head, then he ordered me to suck his penis. He hit my cheek with his fist and he grabbed my hair and pushed it against the wall till I opened my mouth and he put in his penis. While his penis was inside my mouth I started to choke and making vomiting sounds. He took out his penis and he ejaculated on my face”

Here is a victim: “The sexual abuse happened about 12-13 times but it was perpetrated by the same five men”.

Age is no barrier

“In one particularly cruel case the interrogator/translator came to visit a young victim in his cell on the second night of his detention with another unknown man, pretending to be concerned about his torture injuries and tricking him into undressing so they could see his legs. Then they raped him orally.” It is not necessary to undress the boy if he was going to be raped orally.

The reason for this followed since they turned him over and raped him anally. The young victim says it was “unbearably painful and really disgusting”.

Have I a photograph? Yes I do. It is in my book on Sexual Violence of Tamils by the Armed Forces.

All three of the women interviewed for this Report were raped. I might add an explanatory note as to why there are so few women. As has been recorded in my book on Sexual Violence of Tamils, there is reluctance for women to admit that they have been raped. They prefer to keep it to themselves. Today there are some 60,000 female-headed households in the Tamil North and East of Sri Lanka living in insecure huts. Rape by the Sri Lankan Armed Forces and Police living in the area is a daily occurrence. Most of them simply do not have the money to pay ‘people smugglers’ to leave the country.

“One woman held in Joseph Camp described a female military officer escorting a male officer into her cell at night. He burned her with his cigarette and then violently ripped her clothes off and raped her”.

A second victim held by military intelligence was so traumatised relating to her rape that the interview had to be stopped as she sobbed uncontrollably.

For the third – a very young woman, the sexual violence began during the torture sessions with the interrogator ripping her shirt and bra and squeezing her breasts and trying to put his hand down her trousers. Sinhalese women soldiers were present and seemed to enjoy the Tamil women’s torment.

Here is the victim: “The two women standing in the room were laughing when he was touching me”.

There is a lot more than this in my book on “Sexual Violence of Tamils by the Armed Forces”. There is a word of caution in taking the history. I found that some asylum-seeker women I saw in Australia, did not use the word “rape” or “sexual violence”. They would say they were ‘stroked’ or “hugged” by the Army. When I said “You mean you were raped” they would nod their heads. Often tears would roll down. When they realised that I was a Sinhalese (because an interpreter was present), they would simply stop talking because they did not know whether what they told me would be relayed back to Sri Lanka.