In part due to the DPRK’s continued missile and nuclear tests, several governments have recently expelled North Korean ambassadors and diplomats from their countries.

This is not a new phenomenon. North Korean diplomats have a long history of being thrown out of their host countries, with one of the most egregious examples of DPRK diplomacy taking place on the small South Asian island nation of Ceylon, now known as Sri Lanka, in 1971.

In early April that year, a radical insurrection swept across Ceylon. The Janatha Vimukthi Peramuna (JVP), translated as People’s Liberation Front, sought to establish a “pure socialist government” along Marxist-Leninist lines on the island.

But soon after the JVP attacks began, Ceylonese officials began to wonder where the rebels had acquired the arms, explosives, and funding necessary to carry out these attacks.

In May 1970, North Korea established relations with Ceylon and opened an embassy on the island. However, rather than form closer ties with the new left-leaning Ceylonese President Sirimavo Bandaranaike, the North Korean embassy quickly started to undermine its host government by supporting the JVP. 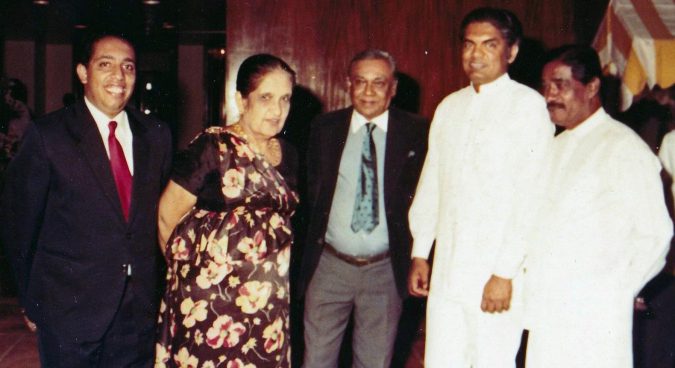 Sirimavo Bandaranaike (second from the left) served as Ceylonese President at the time | Photo: Photos by Anuradha

The Ceylonese police also suspected the North Korean diplomats of bringing money into the country via diplomatic pouches.

In addition to receiving large amounts of money, the Ceylonese also suspected North Korean involvement in the insurrection: they had previously placed ads in local newspapers detailing how to conduct guerrilla warfare and make explosives.

The North Koreans spent around $14,000 placing propaganda in the Ceylonese press, and this violent propaganda, naturally, worried local officials.

The Ceylonese police also discovered that the North Korean embassy had directly supplied the JVP with weapons. A house located on the outskirts of the capital city of Colombo was found stocked with North Korean grenades. The Ceylonese government summoned the North Korean ambassador on April 13, 1971 and gave him a letter protesting the DPRK’s support for the rebels.

On April 15, Bandaranaike ordered the closure of the North Korean embassy – the ambassador and his staff had to leave the country within twenty-four hours.

The North Korean embassy had directly supplied the JVP with weapons

A thirty two-man Ceylonese infantry guard was posted outside the North Korean embassy and aimed a mounted machine gun at the embassy’s front gate. 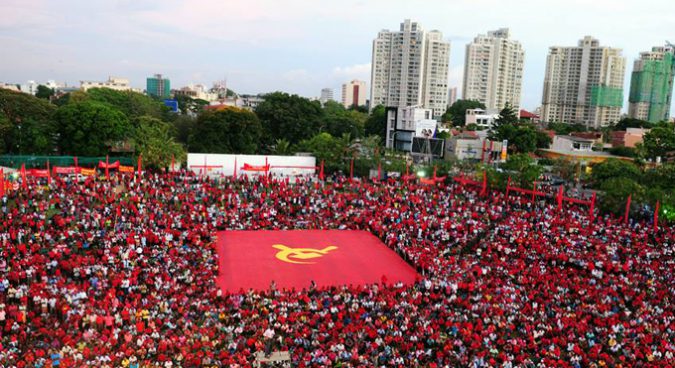 The Liberation Tigers of Tamil Eelam (LTTE), also known as the Tamil Tigers, a separatist organization fighting for the self-determination of the Tamil ethnic minority, bought rockets, specialized maritime equipment, and surface-to-air missiles, from the DPRK government in the early 1990s.

On April 15, Bandaranaike ordered the closure of the North Korean embassy

Unlike Malaysia, the Sri Lankans quickly understood the risks of hosting a North Korean embassy in their small nation and the renegade nature of North Korean diplomats abroad.

This piece is adapted from a longer essay on North Korea’s ties to non-state actors published in the Korea Economic Institute of America’s Academic Paper Series. The full-length essay can be viewed here.