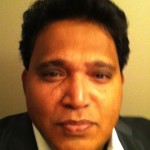 Any conversation or discussion about Sri Lanka that involves Sinhalese, Tamils, and Muslims is incendiary; add Buddhism, it will explode. So, curb your desire to curse before you read this article. I am not suggesting a solution to our eternal ethnic problems, just asking some irrational questions. Can we avoid a Three-State Solution?

‘Stan’ is a Persian word that means inhabitant or living place. Thus, Tamilstan means the land of the Tamil people.

Each ethnic group in Sri Lanka is fighting over issues such as political representation, language, self-government, control over our natural and other resources, migration within the country, and the desire for preserving our distinct ethnic, religious, or national identities.

In a nutshell, our country’s Constitution is like a single birth certificate that was issued to triplets—one birth certificate for three children—where the Sinhalese child gets preferential treatment, rendering the other two children subordinate to the chosen one. How are we going to resolve this problem?

Why Federalism? Because it is often claimed that federalism is vital to keep unity in a diverse society. Federalism, in theory, provides equal opportunities, greater economic prosperity, protection from external military threats, and well-being to all. Federalism is a covenant or agreement that is based on trust, not force or intimidation. Here is an example.

In theory, the USSR, under the Soviet constitution of 1977, reserved the right of secession for all fifteen Republics; however, in practice, secession was impossible; the central government, the communist party, and a highly centralized federal structure made ultimate decisions; eventually, the USSR collapsed when the party’s grip became weak and the republics started seceding. When it comes to federalism, “Putting together” and “Holding together” are two different ball games.

In Sri Lanka, will Sinhalese, Tamils, and Muslims, a population of different ethnic, linguistic, regional, and religious groups—ever agree to share the powers and responsibilities towards a common goal: to prosper together as Sri Lankans?

In 1948 when Ceylon gained independence, we did not choose federalism to keep Sinhalese, Tamils, and Muslims— ethnically, culturally, and linguistically disparate population in Sri Lanka—united. In Sri Lanka, will federalism function successfully? Or if federalism fails, will our county split eventually: Separatism, not two-state solution, but three-state solution?

Our thirty-year ethnic war ended in 2009; does that mean we will live happily ever after? We cannot predict our future, but we can learn from others. When discontent among ethnic groups is rife, separation is ineluctable.

Is there an ideal single form and model of federalism, federation, or federal political system in the world? I think you know the answer.

Since each country that follows a federal system—there are 27—functions differently in relation to structures and institutions, centralization and decentralization, and distribution of powers and control over natural resources, what is the model of federation that we are going to follow or create in Sri Lanka? The Canadian and American model of liberal federations or the Pakistani and Malaysian model of illiberal federations”?

The notion that a multiparty system prevents dictatorship and authoritarianism is a hoax. Federalism does not always mean decentralization; on the contrary, there are highly centralized federations and unitary systems where one can see much more decentralization. Rule of law and tolerance are the essence of any system, whether federal or unitary.

Rule of law and tolerance are the essence of federal democratic systems that we find in the USA, Australia, Switzerland, and Canada—yes, these countries are not perfect, but they strive constantly. We see this struggle here in the USA under Trump. In Sri Lanka, before we talk about federalism, we need to establish the rule of law and tolerance, which is almost non-existent in Sri Lanka. Courts are the umpires of federalism. Do you think, our judicial system is capable of being impartial when dealing with issues related to Sinhala-Buddhists vs Tamils or Sinhala-Buddhists vs Muslims? Tolerance is the linchpin of a multi-ethnic society.

Simply, yearning for Eelam is not unique for Sri Lankan Tamils; it is a universal conundrum: one humanity, many nations, a state for each ethnic group.

In Sri Lanka, is it possible to maintain a multi-ethnic federalism where ethnic groups within the boundaries of the state wherein each has valid claim to language rights and self-government powers to maintain itself as a distinct society and culture?

Most Sri Lankans are much smarter than the demented demagogues who try to promote Sinhala-Buddhist hegemony.

Tamils like Sinhalese are looking for the same things: autonomy, unity, and identity. The question is how are we going to achieve it without dividing our country? What is your identity? Sri Lankan, Sinhalese, Tamil, or Muslim. Just choose one of the above; there is only one answer to this problem, if you do not choose that answer, you are the problem.

If we continue our ethnic hatred and intolerance, eventually we will have a three-state solution: Helastan, Tamilstan, and Muslimstan.