The only concrete action that the Government of Sri Lanka relied on during its statement to the United Nations Human Rights Council at its 37th session yesterday (21st March 2018) in Geneva was that Sri Lanka’s globally praised Right to Information Act was in full implementation mode and that the Right to Information Commission was functioning effectively and ‘disposing of a large number of appeals’! 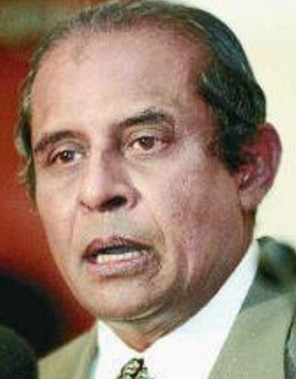 Reading out the Statement, Foreign Minister Tilak Marapana otherwise, only pointed to a long list of “promises”, hopeful assurances that the recently established Office of Missing Persons will “discharge its mandate effectively.”

Minister Marapana also repeated that Legislation to give effect to the International Convention for the Protection of All Persons from Enforced Disappearance was passed by the Parliament on 7 March. Activists currently participating in the Geneva sessions have however pointed out that the Act on Enforced Disappearances had been severely diluted and have raised questions as to how effective it will be in its current form in actually acting as a practical deterrent.

Unlike the  Enforced Disappearances Act, the Right to Information Act was not toned down mainly because powerful lobbying bodies such as the Editors Guild of Sri Lanka informed the Government that it would not agree to any compromises in that respect.  Facing combined English, Sinhala and Tamil media pressure, the Government backed down and allowed a strong law to be passed in 2016. It however deprived the RTI Commission of independent funding during its first year in office, leaving the Commission to its own efforts and to virtually ‘sink or swim.’

‘The Government boasts of the Commission now but this succeeded only because Commission members worked with no funds during the first make-or-break year of its functioning.’ said a consultant working with the Foreign Affairs Ministry on its Geneva performance who did not wish to be identified. ‘Impartial Commissioners were not brought in by the Government but were nominated by independent groups including the media and civil society. But proving the effectiveness of the OMP which has a Chair who is the President’s lawyer and was ‘parachuted’ over the head of the Constitutional Council will be a different problem’ he criticized.

Minister Marapana also informed the Council that the Prevention of Terrorism Act is proposed to be repealed and replaced with a counter-terrorism law that conforms to human rights safeguards and other international standards. ‘In terms of our Constitution and legal processes, this legislation will be finalized after due parliamentary procedures are followed.’ he said.

However the draft counter-terrorism law has not yet been provided to the Sri Lankan public despite several calls by activists to make its contents known.