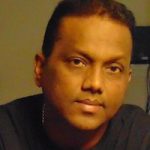 I have labeled Sri Lanka as a “failed case of reconciliation” in some of my previous writings. In the immediate aftermath of the end of the war, the Tamil and Sinhala communities were drifting away from one another and stood polarized. The Sri Lankan government’s policy of consolidating national security through militaristic schemes mainly contributed to this polarity. Although the drift was halted to a certain degree under the new unity government, reconciliation did not take place and the communities did not come together.

This theory was reproved when the No-Confidence Motion (NCM) against Prime Minister Ranil Wickremesinghe was defeated in parliament on April 4, 2018. Many Sinhala nationalists seemed surprised by the outcome of the vote on the NCM. The surprised reaction of these individuals and groups was, in itself, surprising to a certain extent, because keen observers of Sri Lankan politics would have not expected the motion to succeed. Two factors are significant in this regard.

Disappointed by the defeat, many Sinhala nationalists started to promote the theory that the government was saved by the LTTE and Tamil diaspora groups. This is a racist theory and reflects the fact that we, as a nation, have not moved away from conflict paradigms. These groups and individuals are also in the process of promoting the notion that the government will submit to the demands of the TNA and sell out the country to the LTTE rumps. A theory of Ranil-Sambandan Pact, which sounds very much like the once popular slogan of Ali-Koti Givisuma, has been floating around in the Sinhala nationalist circles. This is where I have some serious problems. I believe that those who promote the notion that the government will sell out the country to the LTTE in return for the TNA votes must be kidding themselves, or are promoting this theory as a strategy to win future elections.
I do not agree that the Tamils will benefit considerably before the national elections in 2020.  In other words, the status quo will continue.

My critique of this Sinhala nationalist theory has been founded on recent history. The unity government came to power on slogans of democracy, good governance and reconciliation. In 2015, these slogans were extremely attractive to the Tamil community, as many Tamils disliked the Rajapaksa government. During this period, Tamils, especially in the North, complained that they were living in an open prison; perceived and real suppression was that bad. Therefore, they voted heavily for Maithripala Sirisena in the presidential election. For example, in Jaffna Sirisena obtained 74.42 percent votes as opposed to Rajapaksa’s 21.85 percent. Vanni voted 78.47 percent for Sirisena and Rajapaksa managed only 19.07 percent. Tamils (and TNA) played a major role in the formation of the unity government in August 2015.

In return, the government went to the UNHRC and co-sponsored the resolution on Sri Lanka, which the previous government fought tooth and nail. This was a drastic change and many Sri Lankan commentators enthusiastically argued that the country is going to be transformed. It did not happen. The new unity government did not concede anything to the Tamils to the utter disappointment of the Tamil people.

While, co-sponsoring the UNHRC (2015) resolution, the government promised four specific actions: (1) reforming the constitution to devolve political authority to the periphery, (2) establishing a truth-seeking mechanism specifically to promote reconciliation, (3) a domestic investigation into the alleged war crimes committed during the last phase of the war, and (4) creating institutional mechanisms, including an office of missing persons and an office for reparation.

No meaningful action was introduced to establish the promised truth-seeking mechanism and to investigate the alleged war crimes, largely due to the fact that they will anger Sinhala nationalist voters. They will not happen in the future either. After a prolonged delay, the Office for the Missing Persons (OMP) was constituted very recently, close to the UNHRC sittings in March this year. One has to wait and see how the OMP goes about fulfilling its mandate. I understand that a piece of legislation has been submitted to establish the Office for Reparation. Reparation should have been an uncontentious issue and could have been effective. Yet, so far, there has been no reparation.

In a recent interview to an Indian media, Sambandan argued that the Tamils have made two gains by supporting the unity government:

(1) return of private land taken by the military in the North-East to constitute military bases and High Security Zones, and (2) release of Tamil political prisoners.

However, it is important to note that these two issues have not been resolved completely. Tamil people are still struggling and mounting protests, almost on a regular basis, to recover land from the military control and many LTTE suspects are still languishing in detention. Notably, Sambandan did not have anything political to show as achievements. The point is that the government had not made any serious concessions in the last three years.

What does the TNA do? It continues to prop up and carefully avoids criticizing the government. The party believes that forcing the government would pave the way for Rajapaksa’s return. It seems that the TNA has been terrified by the possibility of Rajapaksa’s return. Reportedly, the TNA’s local government election campaign constituted this argument as a major component. It was this fear that prevented the TNA from insisting on a MoU, which some of us promoted, with the yahapalanacoalition during the presidential election. Compared to 2015 and 16, the government is in a much more difficult situation now because of the increasing pressure from the Sri Lanka Podujana Peramuna (SLPP) and Rajapaksa loyalists. Results of the recently concluded local authority election indicate that SLPP is firmly place to win the general election in 2020. Conceding to the Tamils politically will further erode the UNP led coalition’s chances of winning the next election. I am certain that the government will not concede anything to the Tamils in the upcoming two years.

Also, it is important to note the fact that some of the TNA leaders have been coopted into the UNP. Hence, the TNA will continue to support the government without resisting. This is due to the fact that the TNA, and thus the Tamil support, will be automatic and will continue even in the absence of any serious concessions. Why would one concede when the TNA support is already assured? Fear of Rajapaksa’s return among the Tamils will work well for the government. Opponents of the unity government may rest assured that the country will not be sold out by Ranil Wickremesinghe.

Nevertheless, I agree with the conspiracy theorists that the TNA should step down from the position of the main opposition party if it cannot fulfil the legitimate role expected from an opposition party. Right now, the TNA is not fulfilling that role.