A perspective on the recently launched Or Inapprachinaiyum Or Oppandhamum (An Ethnic Conflict and An Accord) by journalist T. Ramakrishnan, former correspondent in Colombo for The Hindu newspaper

The much-maligned Indo-Lanka Peace Accord of 1987 is back in public focus, courtesy T. Ramakrishnan’s book Or Inapprachinaiyum Or Oppandhamum (An Ethnic Conflict and An Accord), introduced at an event at the Colombo Tamil Sangam, recently. 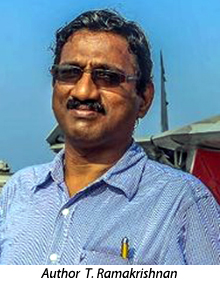 Ramakrishnan, a senior Indian journalist and an associate editor of the The Hindu, had engagements in Kandy and Jaffna promoting his book before the Colombo event. In the run-up to the event, some journalists asked this writer whether there was any interest among the Sri Lankans about the Accord at all. The answer was pretty much in evidence at the Tamil Sangam event.

The Accord was signed on July 29, 1987 by the President of Sri Lanka J.R. Jayewardene and Prime Minister of India Rajiv Gandhi, in the backdrop of an islandwide curfew. Beginning with Black July in 1983, the four years leading up to that moment was an important phase in the history of the national question, specifically, because of India’s deep involvement in Sri Lankan affairs. The signing of the Accord marked the high point of the eventful phase, which lasted nearly three years till the withdrawal of the Indian Peace Keeping Force (IPKF) in March 1990.

Consequent to the Accord, the 13th Amendment to the Constitution of Sri Lanka was introduced, paving the way for the creation of Provincial Councils. But the tragedy is, with the system of the Provincial Councils turning 30 at the end of the year, we are still debating about a meaningful political settlement to the ethnic imbroglio.

Ramakrishnan is not oblivious to the situation. And the first chapter of his book, titled, ‘Why now?’ indicates his level of knowledge. This shouldn’t come as a surprise, for Ramakrishnan, the son of Tamil literary giant Ashokamitran, not only comes from a politically-conscious background, he also served as the Colombo-based Correspondent of The Hindu for Sri Lanka and the Maldives from April 2015 to August 2016. Ramakrishnan, while noting how the Accord continues to be seen worldwide as an important attempt to resolve the ethnic problem, plays the devil’s advocate and wonders whether it was a failure in the real sense; whether it is still alive and whether the kind of destruction Sri Lanka had seen towards the end of the civil war in May 2009 could have been avoided if the Accord had been implemented fully and properly. In Ramakrishnan’s words, ‘Or Inapprachinaiyum Or Oppandhamum’ seeks to find answers to these questions.

He is very particular that the focus of his work not be construed as being about the military dimension of the Accord, but about the political facet, which he strongly believes has enormous relevance even after three decades. This view has found a believer in R. Sampanthan, leader of the Tamil National Alliance (TNA) and of the Opposition in Parliament, who, while addressing the Colombo event, emphasized that India should ensure that the Accord is implemented in its full spirit.

Sampanthan said: “Our journey continues. We need the Accord. We need to ensure that the spirit of the Accord is implemented and India must do its duty to ensure the same. It is India’s duty and India cannot get away from that duty.”

Annamalai Varadaraja Perumal, former Chief Minister of merged North- Eastern Province, who addressed the audience before Sampanthan, spoke of the ‘many contradictions’ among the diplomatic, bureaucratic and intelligence arms of the Indian establishment at the time the Accord was signed, which he said, led to the ‘failure’ of IPKF intervention in Sri Lanka. He regretted that India had virtually abandoned the Tamil cause because it was now interested in economic expansion and not political hegemony. Ramakrishnan’s book also touches upon the current thinking of the Indian government on the bilateral agreement, and quotes the discussion that took place in February 2017 between a delegation of TNA leaders led by Sampanthan and Subrahmanyam Jaishankar, the then Foreign Secretary of India. Responding to a request by Suresh Premachandran that India should exert pressure upon the Sri Lankan government to remerge the Northern and Eastern Provinces as stipulated in the 1987 July Accord, Jaishankar is quoted as saying that considering the major changes that have taken place in the last 30 years, especially, in the area of geopolitics, New Delhi is neither going to exert much pressure on Colombo with regard to the implementation of the 13th Amendment, nor does it feel the necessity to do so.

Under such circumstances, Colombo is not going to be concerned about a matter over which New Delhi has apparently little interest. At the same time, it should also be pointed out that neither India nor Sri Lanka have publicly disowned the Accord.

The author has attempted to answer the question whether the Accord was a success, or not. In tones philosophical, he writes that in life, not everything can be expressed in black and white and the same holds good for the Accord as well. One can superficially say that the agreement had failed but the 13th Amendment, which came into being as a sequel to the Accord, is still part of the law of the land.

Acknowledging that better proposals were drawn up and discussed extensively on the Tamil question after the Peace Accord for the last 30 years, he notes that they have all remained ‘mere proposals’ and none of them have been included in the statute book. Another special feature of the Accord is the recognition of Sri Lanka as a ‘multi – ethnic and a multi-lingual plural society’, a reference that continues to have greater significance. The author calls the temporary merger of the North and East Provinces ‘the biggest bonus’ and acknowledges the lament of the leadership of the Tamil parties, of that advantage being frittered away.

It should also be kept in mind that despite the Provincial Councils not having powers as originally designed, the credit even for at least the present situation should go to India.

Starting from the Banda-Chelva Pact of 1957, the history of attempts to find solutions to the ethnic problem is long and bitter. Given this background, it is futile to expect that the Sinhalese political leadership, on its own, would come out with a solution package.

However, it is the belief of Ramakrishnan that Sri Lanka still has the capacity and competence to solve the problem. The reason for his optimism is that barring India, this is the only country in the region to witness successive regime changes in the last 70 years through democratic means. The author has every right to have faith in, what he calls, the wisdom and maturity of the Sri Lankan polity.

At the same time, it would be appropriate to recall at this point what a leading political scientist in Sri Lanka, Prof. Jayadeva Uyangoda, wrote in The Hindu in July 2017 to coincide with the 30th anniversary of the Accord.

He wrote: “The Accord’s story has become part of history in India as well as Sri Lanka. However, has Sri Lanka’s politics changed since the advent of the Accord? The answer is both ‘YES’ and ‘NO.’

(The writer is a senior Tamil journalist in Colombo currently working as consultant editor at Express Newspapers (Ceylon) (Pvt) Ltd. This article first appeared in the Weekend Express)