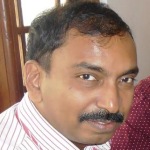 Infringement of Fundamental Rights of Tamils and Insulting Tamil Culture

We are dismayed to learn that your bank had punished two employees of Kilinochchi Branch for commemorating the deaths of their relatives and beloved ones. Anniversary commemoration of the dead has been an important part of the culture of the Tamils and Sinhalese for several centuries. In fact one of the oldest Tamil moral text Thirukural dated 3000 years back in stanzas 42 and 43 stated the importance of humans to perform their duty towards manes. In this context we see your ill-conceived action against your employees who were involved in commemoration of their dead relatives as not only a grave insult to the Tamil culture but also a serious infringement of their fundamental rights.

Article 14 (1) (f) of the Constitution of Sri Lanka stated “Every citizen is entitled to the freedom by himself or in association with others to enjoy and promote his own culture”. Notably no restrictions are placed in this freedom by any other articles of the Constitution under any circumstances. From the medical point of view commemorating the dead is very important for a grieving person to recover and promote his mental health. In the Sri Lankan context this has become more important especially because neither compensation was given to most of the affected persons nor perpetrators responsible for the holocaust were brought to justice.

Kilinochchi is a place where very large number of residents belonging to this region suffered heavy causalities in 2009. Therefore your bank which intend to promote business relationships with Tamils in this area should have tried to understand the feelings of the people in the area and itself organized the cultural event of commemorating the dead anniversary on 18thMay. Instead of this goodwill action your bank along with irresponsible southern racist media had gone to the level of portraying the peaceful commemorative event as an event sympathizing with the LTTE. We strongly condemn this oppressive action by your bank. I am sure that you are fully aware for several decades Tamils had preferred Hatton National Bank to other state banks for obvious reasons. Now since your action against the Kilinochchi staff is published in the media several Tamils have started closing their accounts and your bank is rapidly losing popularity among Tamils.

Therefore if you wish to continue your business successfully with Tamils in future I suggest the following:

If you agree with my suggestions please respond within 2 weeks so that I can publish your response in media and will try my best to minimize the damage to the bank. But if you fail to respond I am afraid that this issue will get escalated by spreading to all the branches in the North and East, local and international human rights organizations, media and become a strong campaign to defend the fundamental rights and the dignity of Tamils.

(On behalf of all the citizens of this country believing in Fundamental Rights, Human Dignity and Equality between races)