A Tamil asylum seeker has been deported to Sri Lanka despite a last-minute plea to re-examine his case, after his father was shot dead and his mother and sister disappeared earlier this year.

The 25-year-old asylum seeker, known as Kavi, had been detained in the Yongah Hill immigration detention centre near Perth for four months, since his bridging visa expired.

He had been in Australia for six years, having fled Sri Lanka after the brutal 26-year civil war in which his brother was killed in 2009.

Kavi’s full name is being withheld to protect him from potential danger in Sri Lanka.

In a statement addressed to the home affairs minister, Peter Dutton, Kavi wrote: “On 5 January 2018 I received a very distressing call from my mother. 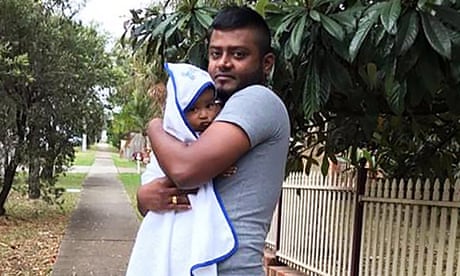 “My mother and sister were crying on the phone and she said my father had been shot dead on the farm. Up to now, no death certificate has been issued by the Sri Lankan authorities.

The Red Cross confirmed it had received the tracing request but had failed to find Kavi’s mother and sister.

The changes to Kavi’s family circumstances were detailed in a letter to Dutton on 27 June as part of an application asking him to allow Kavi to lodge a protection visa application.

“I fear that my father’s killing and my mother’s and sister’s disappearance are both connected,” he wrote. “My family and I believe that my father was killed by the Sri Lankan security agencies. We believe he was killed because they suspected that we assisted the [now-defeated separatist military force, the Liberation Tigers of Tamil Eelam] LTTE.”

Kavi has always maintained that the Sri Lankan security agencies suspected his family, fishermen from the northwest of Sri Lanka, of having supported LTTE, commonly known as the Tamil Tigers.

“I fear of what will happen to me if I am forcefully returned to Sri Lanka,” he wrote. “I fear that my mother and sister have now been killed and I am afraid that I may face the same fate as my family at the hands of the Sri Lankan security agencies …

“For safety of my life I desperately request that my case is reassessed by the Department of Home Affairs.” 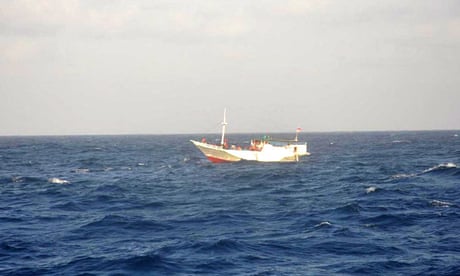 The United Nations says Tamils, particularly those with links to the LTTE, continue to face harassment in Sri Lanka nearly a decade after the war ended.

Disappearances – particularly at the hands of security forces personnel driving unmarked white vans – have been notorious across the country for years, both during and after the civil war.

“Entire communities have been stigmatised and targeted for harassment and arbitrary arrest and detention, and any person suspected of association … with the LTTE remains at immediate risk of detention and torture,” the UN special rapporteur, Ben Emmerson, wrote last year.

However, the Sri Lankan prime minister, Ranil Wickremesinghe, has urged Tamils who fled Sri Lanka to return, saying “all is forgiven”.

“They are welcome to return to Sri Lanka and we won’t prosecute them.”

Before appealing to Dutton, Kavi had been rejected four times as a refugee by Australian authorities. Having been found not to meet the criteria for refugee status by the then immigration department, he had applied for review by the Administrative Appeals Tribunal, and two appeals were dismissed.

Under the Migration Act, the minister has broad powers to allow someone who has had a visa refused to reapply.

Dutton did not allow Kavi to do so, despite the murder and disappearance of his family members.

Home affairs department regulations state that requests will be considered where a person makes “genuine and compelling claims” that could not have been made in their initial application.

But the department also states that the minister will not consider claims from someone who does not hold a current visa.

Kavi’s bridging visa was cancelled before his mother and sister disappeared. 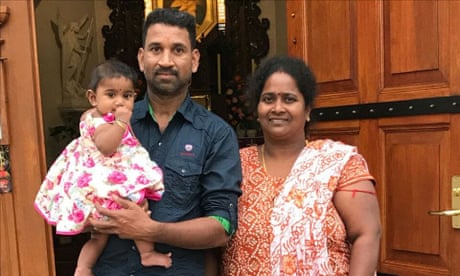 The Australian government maintains it never sends people back to a place of potential harm, but that people with no lawful basis to remain in Australia are expected to return home.

It is understood Kavi was deported early on 17 May.

He has said he intends to escape to India, where Sri Lankan refugees live in rural inland camps or undocumented in the margins of cities in the state of Tamil Nadu.

“I can’t do anything now,” he has told friends in Australia. “I’m going to India. I will be safe there.”

… we have a small favour to ask. More people are reading The Guardian than ever but advertising revenues across the media are falling fast. Our independent, investigative journalism takes a lot of time, money and hard work to produce. But we do it because we believe our perspective matters – because it might well be your perspective, too.

Unlike many news organisations, we haven’t put up a paywall – we want our journalism to remain free and open to everyone. Democracy depends on reliable access to information. By making our journalism publicly available, we’re able to hold governments, companies and institutions to account, and offer our diverse, global readership a platform for debate and commentary. This encourages us all to challenge our opinions on what’s happening in our world. By supporting The Guardian – and just giving what you can afford – you can help us ensure that everyone has access to critical information for years to come.