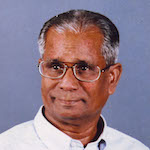 Seventy years into Independence from British rule, it is apt to draw up a modest balance sheet, having regard to the different dispensations comprising the two ruling parties, viz., the UNP and the SLFP and their respective allies.

Well, one of the first acts of the DS Senanayake-led UNP Government, was the decitizenising/disenfranchisement of the Plantation sector workers, ironically as Independence dawned.

It was an anti-Tamil and anti-working class step, and was thus 2 birds with one stone. The Plantation workers , as is well known, were imported by the Colonial Government from the neighbouring Indian State of Tamil Nadu.

So, the Plantation workers, given their early identification as “Tamils of recent Indian origin” were isparagingly referred to as outcasts or coolies” by the likes of Anagarika Dharmapala. Those hapless workers had perforce to toil, all the harder, for the good of the country in the Tea, Rubber and Coconut estates which then combined to constitute the mainstay of the country’s economy. Importation of the Indian labour was occasioned obviously by the unwillingness or inability of the country’s populace to lay their hands on such demanding, arduous work in the Plantation sector,

DS Snenanayake lamented thus: “The Sinhalese have been misunderstood and their generosity forgotten. I do not think there is any community like the Sinhalese who who have consented to penalize themselves in order to give privileges to others…… The Indians have a big country, and we have this bit for ourselves. We want this country for ourselves” (Hansard – 8th November, 1948).

And, CWW Kannangara talked of the “menace of the Indians swamping the permanent population, and went on to add – ” only traitors will not oppose their enfranchisement”.

And, Dudley Senanayake, who succeeded his father, DS as Prime Minister in May 1952, said: “The UNP has succeeded in liquidating the Indian menace in Ceylon by the simple device of denying the vote to Rsamasami and Meenachchi” while, on the other hand, prominent Trade Union leaders at that time, Natesa Iyer and A Mahadeva, prophetically warned of the dangers that could be triggered by racism, but such patriotic warnings fell on deaf ears.

It was the LSSP leader, NM Perera who protested then against the Plantation Sector workers being not enfranchised, debunking the bogey of swamping as an entirely imaginary fear created by irresponsible people.

The next phase was ,of course, the power hungry , opportunistic “Sinhala Only” language policy to capture power by doping the Sinhala constituency. Of course, the LSSP stood up most vehemently against it, warning of future calamities and bloodshed. The LSSP also played a indefatigable role on behalf of the Plantation workers, also identifying the Plantation sector epicentre of the Sri Lankan revolution by the likes of Edmund Samarakkody.

Unfortunately, however, the LSSP, later began to waver, so much so that the Party failed to defend, say, the much needed Bandaranaike-Chelvanayakam pact against its racist detractors. And, the LSSP which was so disproportionately powerful when in the Opposition, lost its fire and brimstone once it entered the coalition Government with the SLFP in the 1960s

Then came the policy of standardization of marks for University admissions during the Sirimavo Bandaranaike Government in the 1970s, causing detriment to Tamil medium students, driving them to frustration which gave a fillip to the nascent Tamil armed struggle.

It was in 1971 that the JVP’s Blanquist-style insurrection was launched involving mostly Sinhala educated unemployed youth. Tens of thousands of Simhala youths were killed.

It was then a few years later that the Tamil armed struggle began to take root, and forge ahead gradually, and the advent of the JR Jayewardene Government, far from bringing about a favourable situation especially in regard to the the underlying Tamil National question, given especially the overwhelming support the Tamils had extended to Jayewardene in 1977, enamoured as they were, of the incredibly rosy promises to them as incorporated in the 1977 election manifesto. There have been quite a few detailed articles which appeared in recent days in the national as well as the regional media on the 1983 “Black July” massacre of Tamils, and so it is hardly necessary to dwell on it again. And I would confine myself to making a passing reference to the second insurrection launched by the JVP in the 1980s, which again was crushed

Let me now crave the readers’ indulgence to quote some excerpts from my book titled “Lesson Not Learnt – Power-sharing Indispensable for Unity and Peace” published in November 2012:

“Quite tragically, none of the rulers since Independence have striven to unify the country to pull together with peace and amity, In point of fact, none of the leaders stood tall to steer clear of pitfalls such as racism, racial and religious supremacist ideology, which indeed has been the primary undoing of this country, One can go on ad infinitum with instances of unbridled rabble-rousing, but the more and more it is resorted to, the longer will it take for Sri Lanka to leave the 3rd World status behind…………..In Sri Lanka, the concept of pluralism has seldom been in the consciousness of the ruling elites that pursued the trajectory of Sinhala Buddhist hegemony, with a penchant for autocratic and unilateral approach, unmindful of, or oblivious to, their responsibility to build up unity in diversity. The nett result was violence and war, and at the end of the day, an economy in shambles. And, very sadly, the worst hit are the have-nots who constitute the majority in this country”