On the 16th of November 2018 when the parliament is called Mahinda or Ranil will have to prove who has got the 113 or more MP’s support and one of them will be the undisputed NEW Prime Minister of Sri Lanka.

If Ranil Wins – Maithiri will face a NO Confidence motion brought by the UNP and will loose the Presidency because Mahinda group will secretly support the No confidence has a revenge for his double crossing.

Removal Of Prime Minister Is Unconstitutional, Undemocratic & Undermines People’s Will 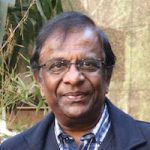 The Australian Advocacy for Good Governance in Sri Lanka (AAGGSL) strongly condemns the Sri Lankan President’s abrupt removal of the incumbent Prime Minister on the night of 26 October 2018. It is our considered view that the President’s irresponsible and unwarranted action is illegal, unconstitutional and a severe blight on Sri Lanka’s democracy.

Furthermore, the President cannot gauge whether or not an incumbent Prime Minister commands the confidence of Parliament unless it was put to test in the floor of the House via a no confidence motion. The fact that the serving Prime Minister and Cabinet was given no notice of the intended action by the President smacks of a political coup to remove him from power at any cost.

AAGGSL understands that this disgraceful U-turn by the President on ‘Good Governance’ and his blatant disregard to sound democratic norms for political expediency, is already descending the country into chaos and instability. Reports of persecution and mounting threats to media outlets, including the state-owned Lake House and national television Rupavahini, by the loyalists of the illegally sworn-in prime minister are posing considerable challenge to the rule of law, freedom of expression and peace in the country.

We call upon the President to immediately summon the Parliament and resolve this crisis brought about by his unconsidered act, swiftly, democratically and constitutionally.  Any other attempts including prorogation of parliament will only undermine the will of the people. Political canniness to achieve the personal goals of autocratic and corrupt parliamentarians will only add to the woes of the country that is just emerging from decades of international isolation.

At this crucial juncture, the people of Sri Lanka are understandably angry and reserve the right to do everything within law to protest and demand the fulfilment of the promises made for which they cast their priceless votes on Thursday, 8 January 2015. They will not take lightly the shrewd and cunning assumption of power by the unabashedly unapologetic cronies.

The survival of Sri Lanka’s democracy, peace and development, reconciliation and international reputation is at stake. We call upon the people of Sri Lanka and civil society organisations to collectively take a stand against this drastic move.