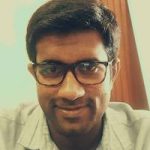 President Maithripala Sirisena, who triggered the political crisis in Sri Lanka by appointing an MP without a parliamentary majority as the Prime Minister on October 26, is now slowly being pushed up against the wall.

Ousted Prime Minister Ranil Wickremesinghe stamped his authority over Parliament today by demonstrating a clear majority in the House: He emerged the winner of the “numbers game” in Parliament, as his rival, former President Mahinda Rajapaksa lost it not once, not twice, but six times in a row.

With 117 MPs from the UNP and the TNA supporting him, Wickremesinghe has become the sole choice of Parliament for the post of Prime Minister.

While the legislature has repeatedly demonstrated “no confidence” in President Maithripala Sirisena’s chosen Prime Minister Mahinda Rajapaksa, it has explicitly supported Wickremesinghe’s appointment to the post.

The outcome of the confidence motion has left Sirisena with limited options. If the President is to accept the will of the House, he has to reappoint Wickremesinghe as the Prime Minister.

Any move to deviate from the will of the legislature will set him on a collision course with Parliament which exercises authority over many aspects of the government, including public finance.

Before the confidence motion was moved in Parliament, Sirisena resorted to desperate measures to drive a wedge between Ranil Wickremesinghe and his second-in-command in the party, Sajith Premadasa.

As a part of this plan, a newspaper owned by a controversial businessman—a supporter of the Sirisena-Rajapaksa alliance, carried a scandalous story that said Wickremesinghe had promised the Finance Ministry and a Deputy Leader post to Ravi Karunanayake, if the party returned to power.

Sources representing Wickremesinghe and Karunanayake categorically denied the story and confirmed that no such assurances had been made. Both parties said it was not the right time to discuss positions with any parliamentarian, as the UNP was entangled in a larger battle over forming a legitimate government.

The objective of this fabricated story was to rattle Sajith Premadasa and frustrate the middle class with the leadership style of Wickremesinghe. The UNP Deputy Leader has played his cards wisely since the outbreak of the political crisis and has thrown his weight behind Wickremesinghe, earning the respect of the party rank and file.

The middle class, which was disillusioned with the Sirisena-Wickremesinghe government’s ineffective administration for three-and-a-half years, started rallying around the UNP Leader after his unlawful dismissal. Wickremesinghe is currently riding a wave of public sympathy and Sirisena’s continuous attempts to undermine the Constitution and democratic processes have boomeranged on him. Karunanayake’s alleged involvement with Arjuna Aloysius, the man at the centre of the Treasury bonds fiasco, does not sit well with the middle class and the news of his reappointment as the Finance Minister was aimed squarely at unsettling them.

Unfortunately for Sirisena, this last-ditch attempt did not yield results and it was Premadasa who moved the confidence motion in support of Wickremesinghe in Parliament earlier today. While presenting the motion, Premadasa unequivocally said Wickremesinghe was the MP commanding majority support of the House and the suitable person to be appointed the Prime Minister.

This, needless to say, will land President Sirisena in a fresh legal battle and prolong the current political deadlock. Therefore, going for a referendum under the current circumstances will be a politically suicidal move to make.

Sirisena, addressing a party leaders meeting of the UNF last week, famously said he would resign from office and go back to farming in Polonnaruwa, if pushed up against the wall.

The confidence motion passed by 117 MPs in the House has in fact pushed the President against the wall and has severely restricted his bargaining power.

Resigning in protest of Wickremesinghe, in my view, will be a face-saving exit for Sirisena, as it will solidify his position in the anti-UNP camp in the long run. It will also increase his chances of running for Presidency in 2020, where Wickremesinghe is slated to be the UNP’s candidate.