Three of the most ardent cronies of the previous Rajapaksa regime have been given Ambassador posts by President Sirisena.

Kshenuka Seneviratne who was Secretary to the Ministry of Foreign Affairs and instigator of the infamous incident where Chris Nonis, then High Commissioner to the UK was assaulted by Sajin Vass Gunawardena, is to be Sri Lanka’s Ambassador to the UN in New York. This position is currently been held by Dr. Rohan Perera an eminent legal scholar who had served as the Legal Adviser to the Ministry of Foreign Affairs for many years. 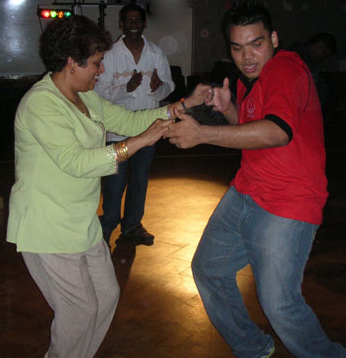 Kshenuka Seneviratne was notorious for her loyalty for the Rajapaksas, even attending to all the needs of Namal Rajapaksa during his stays in London. She undercut many of her seniors to become Secretary and authorised many of the illegal transactions at the Ministry ordered by then Monitoring Member of Parliament, Sajin Vass Gunawardena. Having harassed many officers serving at the Ministry, at least two deaths due to heart attacks and stress are attributed to her. Other officers who had served under her have had to go for psychological counselling. It is learnt that Kshenuka had attended to all the needs of Maithripala Sirisena when he undertook several official visits to Thailand last year and managed to secure her posting to New York during the coup period.

This list of nominees as Ambassadors had been approved by Maithripala Sirisena during the coup. It is ironic that they have now all obtained clearance from the High Post Committee of Parliament.

Kshenuka’s right hand man during the notorious Rajapaksa years was Majintha Jayasinghe. This individual who had failed his Efficiency Bar examinations had been promoted from Assistant Director to Additional Secretary by Sajin Vass Gunawardena. He was the Chief of Protocol during the Commonwealth’s Heads of Government Summit and involved in granting highly questionable deals to friends and cronies of Sajin Vaas Gunawardena, which included the purchase of two super luxury busses, the IT deal worth over 500 million to John Keells Group to provide security badges for the Summit and many more such lucrative deals for accommodation and transport during the Heads of State meeting. Majintha Jayasinghe is reported to have been at Temple Trees on the night of January 8 2015 and has openly campaigned for the return of the Rajapaksas. Majintha Jayasinghe has been appointed as Ambassador to UAE. Rather than giving him an ambassador post the Ministry should have investigated his dealings as Chief of Protocol and inquired how he fraudulently gained his seniority after failing exams for a record 8 times. 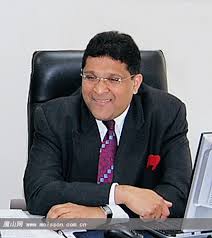 The Troika at the Ministry during the dark period of the Rajapaksas consisted Kshenuka, Majintha and Rodeney Perera.

Rodney who’s brother Roland is a working committee member of the UNP has managed to reinvent himself as a UNPer and even the party’s preferred choice to be the Secretary of the Ministry. He however was the right hand man of Sajin Vass Gunawardena during his rule of corruption at the Ministry before 2015. Rodney is now to be appointed as Ambassador to the US. 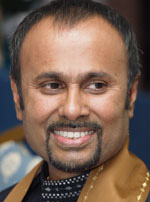 As in many cases where the Prime Minister and the UNP are caught napping the Rajapaksa camp with the help of its now ally president Rajapaksa are positioning their lackeys and cronies to the most important positions in the diplomatic service. When the shift in power takes place after an election due this year and could happen earlier than scheduled the Rajapaksa lackeys will be in the perfect positions to advance their foreign policy interests in capitals around the world, including lobbying foreign governments to drop important investigations into Rajapaksa family members and officials. Majintha Jayasinghe for instance who celebrated the October 26th coup will be in the UAE.

Rajapaksa cousin and former Ambassador to Russia Udyanga Weeratunga who is a main suspect in the MiG-27 investigation and wanted for money laundering and charges of defrauding the state is currently under arrest in the UAE and his trial for extradition to Sri Lanka is pending in a UAE court. The UAE Government is seeking the court order for extradition on the explicit request of the Sri Lankan law enforcement authorities. “With Majintha Jayasinghe headed to the UAE all of this is going to be at risk” a former diplomat who did not wish to be named told Colombo Telegraph. “We can kiss any hope of cooperation to get these criminals back home goodbye,” the ex diplomat said. (By Ramani Bulathgamuwa)