Three years ago, Wasantha Samarasinghe threatening to get employees to withdraw from the public sector would have been met with anger. Now, hardly anyone’s complaining. Having antagonised the people, the regime has hence revived the Left.

The recent wave of demonstrations was significant not because they took place despite the spread of the most dangerous COVID-19 strain so far, but because people cared little for the virus and its implications for the protests. Perhaps rashly, every critique of the strikes was dismissed as pro-regime, a simplification as crass as the anti-protest rhetoric of pro-regimists. Yet neither medical concerns nor fears of state reprisals kept these strikers back.

That they came in such large numbers made two points clear: one, the potential for a democratic resistance in the country, and two, a shift in anti-regime opinion to the Left. The prospects for a socialist resistance have clearly never been better.

The obvious question here is what strategy socialists should adopt. There’s the Left Populist option, but as the Bring Back Mahinda campaign and its hijacking by the Gotabaya chapter reminds us, it bears the seeds of its own antithesis. 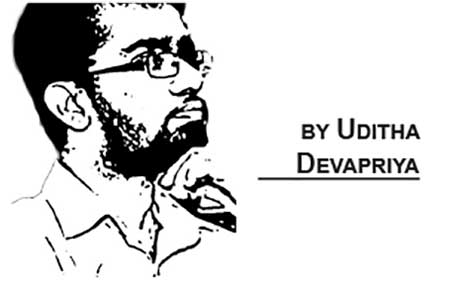 The experience in Mexico and Peru shows how Left Populism can be mobilised against neo-liberals and neoconservatives, but short of a cohesive engagement with material issues and an appraisal of the weaknesses of similar past interventions, no Left Populist line will prevail in the battle of ideas; I have outlined these points and their relevance to what we are seeing in not just Mexico and Peru, but also Brazil, in a previous column.

To recapitulate, the failure of the Latin American Pink Tide had to do with a lack of working class and peasant participation in the electoral revolutions that pushed the Right out of power. Populist and socialist though they may have been, many of the governments that replaced the Right allowed themselves to be penetrated by the bourgeoisie.

The rise of Left Populism in these countries was pegged to two factors: the massive growth of China, and the equally massive recession in the West. Once the magnitude of these two factors had dissipated somewhat – with China’s growth slowing down and parts of the West recovering after 2011 – the bourgeoisie asserted its influence to the exclusion of more progressive elements in these governments. This gave some space for the comprador Right to co-opt the nationalist bourgeoisie (who are more bourgeois than nationalist) and pre-empt any progressive measures proposed by the government. As the recent return to power of Marxists in Peru and Left Populists in Mexico show, it would appear that these countries have learnt the lessons of their failures well. The question is, have we?

The Bring Back Mahinda campaign showed how trade unions could be mobilised against neo-liberal policies aimed at the reduction of the State, yet it also revealed how a movement opposing neoliberalism could easily be taken over by a neoconservative monolith. This is why the recent spate of protests is significant: because it points at the waning influence of the Rajapaksa-allied unions and the emergence of an FSP-JVP-IUSF bloc. The implications of this conjuncture should not be lost on anyone, least of all on the protestors themselves. If a viable Left movement is to emerge at all, it must therefore resolve two questions: what issues it must engage the public in, and what opposition it must ally with.

Sri Lanka’s Left student movement has not infrequently been accused of peddling issues to suit their interests. This is, of course, a hilarious accusation to make, but it bears scrutiny for two reasons. First, as the demonstrations against the KNDU Bill show, the IUSF can attract middle-class opposition to the government’s actions. Second, the middle-class can be counted on to sustain a potential Left programme against neo-liberal reform.

However, the suburban-urban middle-class’s support of the IUSF must be taken with a pinch of salt. They oppose the government, yes, but does that mean they support the IUSF’s wider aims of opposing the idea of privatising education? Probably not.

In fact, far from supporting these movements, middle-class youth are more likely to reject the IUSF’s stances on education, outside the KNDU demonstrations. This is why it is important to distinguish between those opposing the militarisation and those opposing the privatisation of education, and point out that these two issues are not mutually non-exclusive.

Already middle-class youth circles have drawn the line between their support for student bodies in the fight against the KNDU Bill and their opposition to these bodies with respect to their other stances. Some among these circles have gone further: while supporting the spirit of the protests, they deny the role played by the IUSF in those protests.

This is strange, but not inexplicable. As slogans of protest, both the threat of the militarisation of education and teachers’ salary anomalies seem valid concerns to middle-class youth. Yet, conditioned by a bourgeois, upward aspiring worldview, this youth does not seem to focus much attention on other IUSF concerns, prime among them being, of course, the privatisation of education. As far as their political ideals go, letting public education and healthcare be penetrated by private interests is not as problematic as, say, militarising higher education. The latter is more symptomatic of the regime’s failures, while the former presents no problems at all, since the middle-class youth generally accepts the idea of privatisation.

This explains why SJB MPs, even nominal supporters of the JVP, can get so riled up when Mr Bimal Ratnayake tweets on the shocking disparities between private and public healthcare systems in the country and argue that they illustrate what he calls the “disaster of capitalism.” Middle-class youth may look up to the JVP and the FSP for their honesty, but the trust they repose on Marxist outfits does not go as far as a critique of the private sector.

The truth is that this youth is too invested in capitalism even to care that they are living through the most acute crisis of capitalism the world has seen in perhaps half a century. In a country where think-tanks dish out the virtues of privatisation and right wing economic ideas discarded even by the West are presented, of course, this is nothing to be surprised at.

The lesson that the Left can pick up from these observations is that it does not do any good to the Left or the future of Left outfits to rely on middle-class youth support. Their goal must be, not to play to the gallery, but to convert it to their philosophy. However, this requires an intelligence and imagination that is sorely lacking among many MPs.

Yes, the JVP has the potential to convert voters, but does it have the MPs who can make that happen without pandering to middle-class voters? As the results of last year’s elections show, it is these middle-class voters, overwhelmingly young, who celebrated the virtues of the JVP, touted it as the party of the honest and the competent, and then voted for, among other outfits, the SJB, on the pretext that “Marxist parties” were an unrealistic choice. The FSP is better in this regard because it has managed to avoid the pitfalls of relying on middle-class protest slogans. Yet even that party doesn’t seem to have matured enough.

Which brings us to the question of which opposition the Left must ally itself with. Anura Kumara Dissanayake has gone on record suggesting that he is ready to take up the leadership of the opposition. Mr Dissanayake forgets that there is already a democratically elected, or should I say democratically appointed, opposition leader. Mr Premadasa may or may not be the weakest man in that post that we have had in years, but he is, as the Left should realise, more pragmatic than his less than illustrious predecessor from the UNP. This does not mean the Left should absolve him or his party of everything.

As Marxist critics of the SJB will readily concede, there are comprador elements in the SJB that look up to the West, ask us to go the IMF, demonise China (among other non-Western allies), and idealise a conception of rights that sidesteps the issue of sovereignty. The task of the Left is to ensure that the SJB remains free of these elements. Indeed, that exchange on Twitter between Mr Ratnayake and the SJB makes it clear that engagements with the SJB from the Left are not only possible, but desirable. Desirable, because this is the last chance socialist opponents of the regime have to convert the Opposition from its neo-liberal past into a more progressive movement. The Marxist Left needs a radical revaluation within its circles before it can try converting us. From such revaluations flows the tide of all future revolutions. Its task here is thus eminently clear: it must radicalise the mainstream.

The writer can be reached at udakdev1@gmail.com