is a series of trilingual legal discussions to shed light on the law. The Latin maxim “ignorantia legis neminem excusat” translates to ignorance of the law is not an excuse. The Pro Bono Committee of the Law Students’ Association of Sri Lanka strives to educate the general public by simplifying the laws in our country. In its fourth discussion, the programme focused on “Sexual Offences”.

What does consent mean in the offence of rape? And what type of consent will not be accepted in the court of law?

– Sexual offences in the Penal code are, rape (s.363), incest (s.364A), unnatural offences (s.365), acts of gross indecency (s.356A), grave sexual abuse (365B) and sexual harassment (s.344). The section that defines the offence of rape states that the very act of rape will be, a man having sexual intercourse with a woman without the consent of that woman. 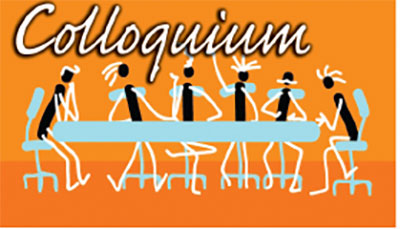 The absence of consent is a vital element in the offence of rape. Consent can be obtained, but it would not qualify as consent for various reasons. For example, if a person is under lawful or unlawful detention and you use force to obtain consent, such a consent would not be consent in terms of the law. If you obtained consent by intimidation, threat of force or by putting the person in the fear of death and hurt would amount to consent obtained by fear or duress. Those consent will not qualify as consent for sexual intercourse. On the other hand there is consent obtained from a person who is intoxicated and the person has been intoxicated by the perpetrator, also if the person is unable to give consent because the victim is of unsound mind. In such a situation, such consent would not qualify as legal consent under the law. We have instances where sexual intercourse is indulged by people who are unable to consent for sexual activities by reason of being underage. The age of consenting for sexual activity under the Sri Lankan law is the age of 16. If you are below 16 and even if you consented, it would not qualify as a valid consent.

In other words, consent should be by free will of the individual?

A – Absolutely right. It should be free willed, genuine consent, understanding, appreciating what kind of activity she is getting into is contemplated prior to granting that consent.

Can you explain what is passive submission and consent is, and the difference between the two?

– In Inoka Gallage and Kamal Addarrachchi and others, the honourable justice Asoka de Silva quoted from Rao Harinarian v State,” a mere act of resignation in the face of inevitable compulsion, non-resistance or passive giving in when volitional faculty is either coloured by fear or vitiated by duress cannot be deemed to be consent as understood in law. Consent on the part of a woman as a defence to an allegation of rape requires voluntary participation not only after the exercise of intelligence based on the knowledge of the significance of moral quality of the choice between resistance and assent, submission of her body under the influence of fear or terror is no consent” The question of consent is defined as express and implied consent. Passive giving in is clearly distinguished from express or implied consent.

What is the punishment for rape?

– The minimum sentence is between 7 and 20 years. The punishment would be more than 10 years and less than 20, if the act was done by a government officer utilising his authority over the individual, on a pregnant woman, a girl under the age of 18, a female who is mentally unstable or gang rape. The punishment will be more than 15 years and less than 20 years, if the rape occurred between individuals of prohibited degrees of relationship.

According to Sri Lankan law, is there a possibility where a woman can be held accountable for committing rape on a man?

– S. 363 of the Penal Code, it is clear that the offence has been perpetrated by a man on a woman. So in the context of that definition I don’t think it envisages rape by a woman of a man.

Is rape within marriage a crime in Sri lanka?

– According to the contemporary criminal law, marital rape, as a concept is criminalised only in the event of judicial separation under s.363A Penal Code.

But the concept of marital rape is recognised internationally isn’t it?

– It is a concept recognised in many jurisdictions. With time the stereotypification might also change and I think certain elements of this offence would have to be explained to our law makers.

Could we enlighten the public on the punishment for the crime of rape?

– S.364 Penal Code states, ‘whoever commits rape shall except in the cases provided for in sub s.2 &3, be punished with rigorous imprisonment for a term not less than seven years and not exceeding 20 year and with a fine and shall in addition be ordered to pay compensation of an amount determined by court to a person in respect of whom the offence was committed for the injuries caused to such persons.

Can you explain what “institutional rape” means?

– Even when this person of authority does obtain the consent, it will not be valid consent

Can you educate the public on what grave sexual abuse means?

In the event of a gang rape, how does the law punish everyone involved in it?

– If all the participants who are adduced of gang rape have, according to the evidence, participated in the act of gang rape, then they will be charged if evidence has been established. If one or few of the accused who have merely been present and who have not actively participated then such a person will not be found guilty of gang rape.

What is gross indecency?

– S.365A, any person who in public or private commits or is a party to a commission or procures or attempts to procure the commission by any person of any act of gross indecency with another person shall be guilty of an offence.

Gross indecency can be committed in public and in private. If a person misbehaves grossly indecently, example acting against the norms of decency.

What is incest? And what is the punishment attached to it?

A – Incest is where sexual intercourse is between parties which have been defined to be related, descendants or adoptive parents, grand children or having a relationship of siblings being a half-brother or half-sister, this is laid down in S.364A of the Penal Code. Sexual relations between these parties will be found guilty of incest where they would be punished under the law with rigorous imprisonment not less than seven years and not exceeding 20 years with a fine.

How is the victim protected by the law?

– We have police stations that have special divisions for women and children. The victim will feel a sense of relief for being able to speak to a female officer. When the case is heard, it is possible to produce a video testimony of the child. The proceedings can take place “in camera”, that is, with only those individuals concerned in the case.

We need be aware of false allegations by women against men. This is a very difficult situation as the act involved just the man and woman.

The Victim Protection act provides for compensation and assistance if the victim is facing experiencing psychological trauma.

A woman can be threatened to not file a case or not give evidence, in such an instance the punishment is very severe and bail can be obtained only upon special reasons from the Court of Appeal.

The complete discussion is available on our YouTube channel ‘Law Students Association of Sri Lanka’, in all three languages.