Weeks ago the petrol and diesel prices went up. Now the cooking gas prices too have gone up with the government having to bow to the market realities. It is only a matter of time when the state owned gas supplier Litro Gas will also have to follow suit. Even if the government forces them to maintain the prices to save face, it will not only create a skewed market, but the losses will have to be borne by the public, even if it is not reflected in the price paid for a cylinder of gas.

The picture [titled Mankind’s use of fossil fuel] from Late Vidya Jothi Dr. Ray Wijewardene, says it all. We have been trapped in this fossil fuel blip, which while being applicable to the whole world, we in Sri Lanka are hit with a double whammy. Without any fossil fuel resources on our own, with the promise of gas and perhaps some oil too from the Mannar basins still remaining a distant dream, the only way out is for us to recognise that we cannot depend on a resource on which we have absolutely no control on supplies or price.

Some attempt has to be made to free ourselves from the trap. With regard to the use of fossil fuels for power generation, a ray of hope has been lighted with the President promulgating a national policy to achieve an 80% contribution from renewable resources by the year 2030.

The much bigger problem is in the use of fossil fuels for transport which is responsible for the major share of the annual five billion Dollar foreign exchange drain. The possible way out from this although requiring long term actions, has been documented in my article “Electricity instead of fossil fuels for transport vehicles – Making a crisis into a golden opportunity” in The Sunday Island on 11 July 2021 .

A hit to the Kitchen and Stomach

However, the latest hit is to the kitchen or the stomach which is felt by everyone. Fortunately simpler and easily adopted solutions are available for us, without waiting for the cumbersome and ponderous government machinery to get into gear.

The primary use of gas which for us in Sri Lanka means Liquid Petroleum Gas ( LPG) is mainly used for domestic or commercial level cooking. A 12.5 kg cylinder costing Rs. 1493 which is bound to level off at Rs 1875 for now, is usually adequate for an average family for a month. Sri Lankans were introduced to this source of cooking fuel back in early 1970s. My first LPG cylinder cost me only Rs 35 for a 12.5 kg cylinder delivered to Panadura. Even accounting for the general inflation and the depreciation of the rupee, the price increase of 5350% may not have been expected by anyone. Will it remain there?

So what are our options?

Sri Lanka is still a biomass rich country with 50% share of the primary energy supply. Misinformation and short sighted policies have whittled away the use of this renewable and indigenous resource. All of us know that our grandparents and even parents used firewood and other biomass for cooking and fortunately, even to date a significant number of households still use biomass for cooking with the exception in the urban areas, where firewood is not purchased. Even our industries still use a large volume of bio mass fuel.

The editorial in The Sunday Island of 15 August 2021, with the title ” Don’t Ignore Bio Mass Resource “cited Eng R M Amarasekera of the IDEA , a longtime proponent of Bio mass usage in Sri Lanka. 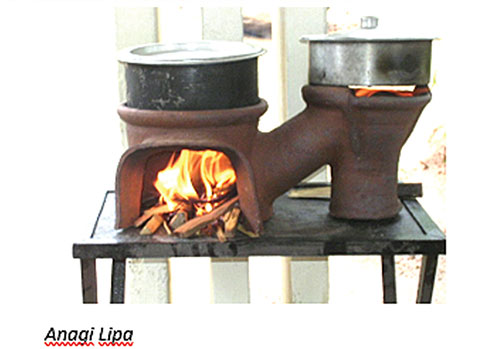 The ubiquitous “Anagi Lipa” introduced in an earlier decade, during a similar hike in LPG prices is fortunately still very much in use in the rural areas. It has the proven advantage of much higher combustion efficiency and thus reduced need for fire wood, in comparison to the traditional three stone furnace. This well designed and proven model has the great advantage of feasibility of the manufacture by the village potter at a very nominal cost.

No doubt the use of LPG is much more convenient and user friendly, however much it costs. But recent developments in technologies and products have ironed out the real and perceived disadvantages of biomass as a source of cooking fuel. The stove developed by the NERD Centre did find some market some years ago, but the interest fizzled out due to the lack of focused development of the market. This paved the way for the greater penetration of the LPG usage even outside the urban areas, supported by an aggressive marketing strategy by the vendors, including the state sector agencies, which as usual adopted the tunnel vision of not considering the larger impact on the economy. 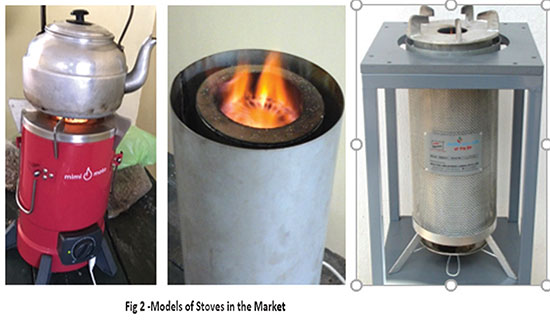 However, the urban sophisticated users would demand a more elegant and user friendly solution. This is already available by way of the current models of stoves in the market. These have been proven to be very efficient and smoke free, to satisfy even the most discerning housewives, living in the high rise apartments, by using sawdust pellets which however is not yet available widely. Therefore, trials have been conducted successfully for use of cut pieces of dried Gliricidia wood, which has worked equally well, and is likely to cost much less, even for a urban user without access to own Gliricidia trees. With the renewed interest in the Gliricidia tree, driven by the very high fertilizer value of its leaves, a major ingredient for the manufacture of the organic fertilizer to support the government’s current policy initiative, a new market could emerge for the rural farmers with even a few Gliricidia trees on his land. While the leaves already has a market as fertilizer and fodder, the dried wood can be processed to make the wood pieces to feed the stoves. Converting the wood to Bio Char is a more lucrative option with the added demand in the agriculture sector too. 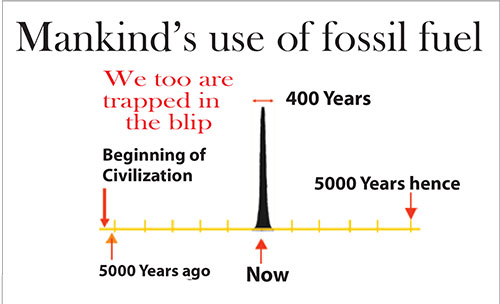 Even for those who would still like the luxury of Gas and the blue flame under the cooking pot, an indigenous option is available. That is by the use of bio gas. Traditionally a bio gas generator was considered as something more suitable for the farmers with cow dung, straw, etc. being the usual input material and the impression of somewhat smelly and dirty operation. But the many thousands who persisted (estimated number of bio gas generators still in operation is over 50,000 ) are now reaping an unexpected benefit, with the demand and ready market for the effluent, due to its very high nutrient value established by laboratory testing, for agriculture.

Well once more the bio gas generators, too have evolved to a much more user friendly product as shown below. While the use of the kitchen waste would also solve the garbage disposal problem, it has been proven that the nutritional value of the effluent too could be made use of, even in the urban and semi urban environments. The pictures below from the semi urban household of an engineer turned part time urban farmer – himself a renowned expert in design of bio gas generators at the NERD centre, are an eye opener.