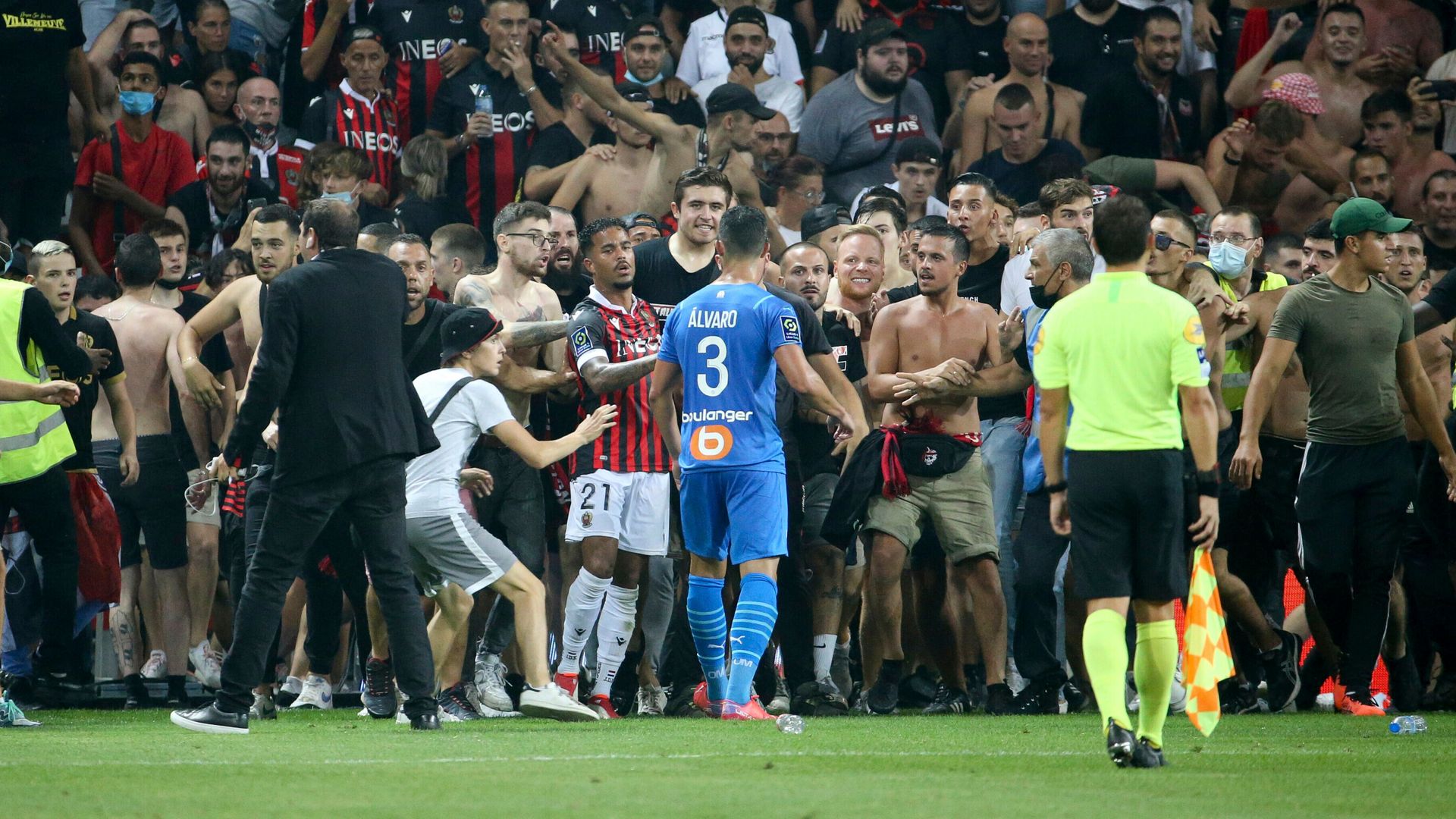 Nice’s South Stand will be closed for the next four home games after serious crowd trouble marred their season-opener against Marseille on Sunday.

Marseille were trailing 1-0 when Dimitri Payet was hit with a bottle thrown from the crowd, and home fans would invade the pitch after the former West Ham winger threw it straight back.

After a 90-minute delay, when both sets of players were taken off the pitch, Nice returned but the visitors would not join them and claimed that at least three of their team members had been injured during the shocking incident.

Both clubs have been called to a meeting with the French League on Monday after a statement “strongly condemning” the violent scenes.

But the first action against Nice has come from local police, with the prefect for the region also confirming that anti-projectile fencing would be installed in front of the stand – usually populated by Nice’s vocal band of “ultras” – as soon as possible.

“In view of the seriousness of the incidents that occurred, and without waiting for the sanctions to be decided by the professional football league (LFP), the prefect of the Alpes-Maritimes has taken the following decisions this evening: closure of the Populaire Sud stand where the incidents occurred for the next four home matches,” wrote prefect Bernard Gonzalez in a statement.

The AFP news agency also reported that a 28-year-old man had been arrested and taken into custody suspected of attacking a Marseille player.