Charity Ref Support UK estimates there have been at least seven assaults at a local level already this season, with the campaign only a few weeks old.

On the back of these concerning figures, London referee Satyam Toki has revealed to Sky Sports News how his mental health suffered after being assaulted during a match 12 months ago.

The official is still feeling the effects and his experience is one worryingly replicated across the country, as the frequency of assaults on match officials seem to indicate.

“I was punched three times on the face. I wasn’t expecting this so I couldn’t react, I didn’t have enough time,” Toki said, recounting the incident from August 2020. “I was punched just above my left eye.

“It was shocking. For about 10 or 15 seconds I had a blackout, I couldn’t see who was around. That was my biggest fear, that I would lose my vision, but thank God I regained my consciousness.

“When anyone asks me about the incident I just go back on that day. It just replays in my mind what happened.

“I still have a fear of what can happen, it can be something more serious.”

The assailant received a police caution and a 10-year ban for the attack, which was later reduced to five years by the Football Association (FA) on appeal.

The overall response from the police and his home county FA left much to be desired for Toki, who said he was only sent an email with a phone number offering support.

“I was literally crying on that day, I couldn’t speak to anyone,” Toki added. “I believe they should have dealt with it differently, taken more responsibility and called me directly. There is not enough support from the authorities.”

Regarding Toki’s experiences, an FA spokesperson told Sky Sports News: “We are clear that all forms of abuse, whether on or off the pitch, is completely unacceptable and we will continue to do everything we can to stamp out this behaviour from the game.

“Match Officials play a crucial role in creating a safe and inclusive environment for all participants and The FA works very closely with our 50 County FAs around the country to recruit, retain, support and develop the referee workforce to service the game and give them the best experience possible.

“The retention of all referees is crucial and this remains a priority as part of The FA’s wider Respect campaign.” 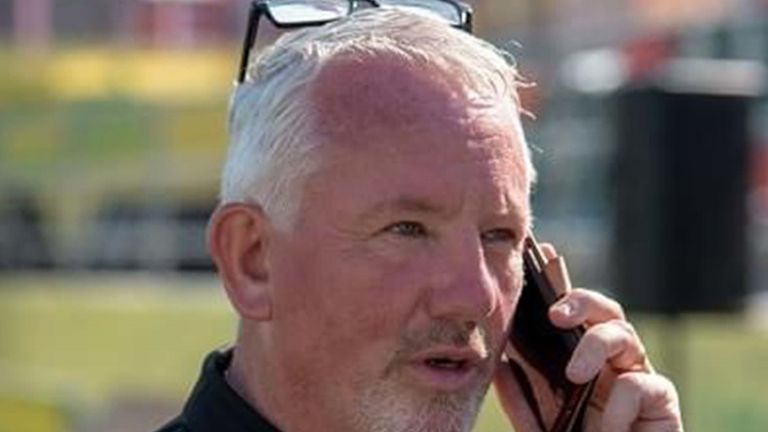 Ref Support UK is working to bridge the gap and support officials who are subjected to physical and verbal abuse while going about their duties.

Their chief executive Martin Cassidy said: “We have had incidents where they just don’t want to report it, they feel disenfranchised, they feel as if nothing will be done, they feel a bit scared.

“These referees are living and socialising in the same area as the people who are abusing them and threatening them. We see them in supermarkets, we seem them in restaurants, on the school runs.

“I don’t think that is really getting recognised how big and how local this problem is, even though it is a national and international problem.

“It has been described as referees operate on an island in the game. We are on our own. We haven’t got people on the bench or supporters who support us.”