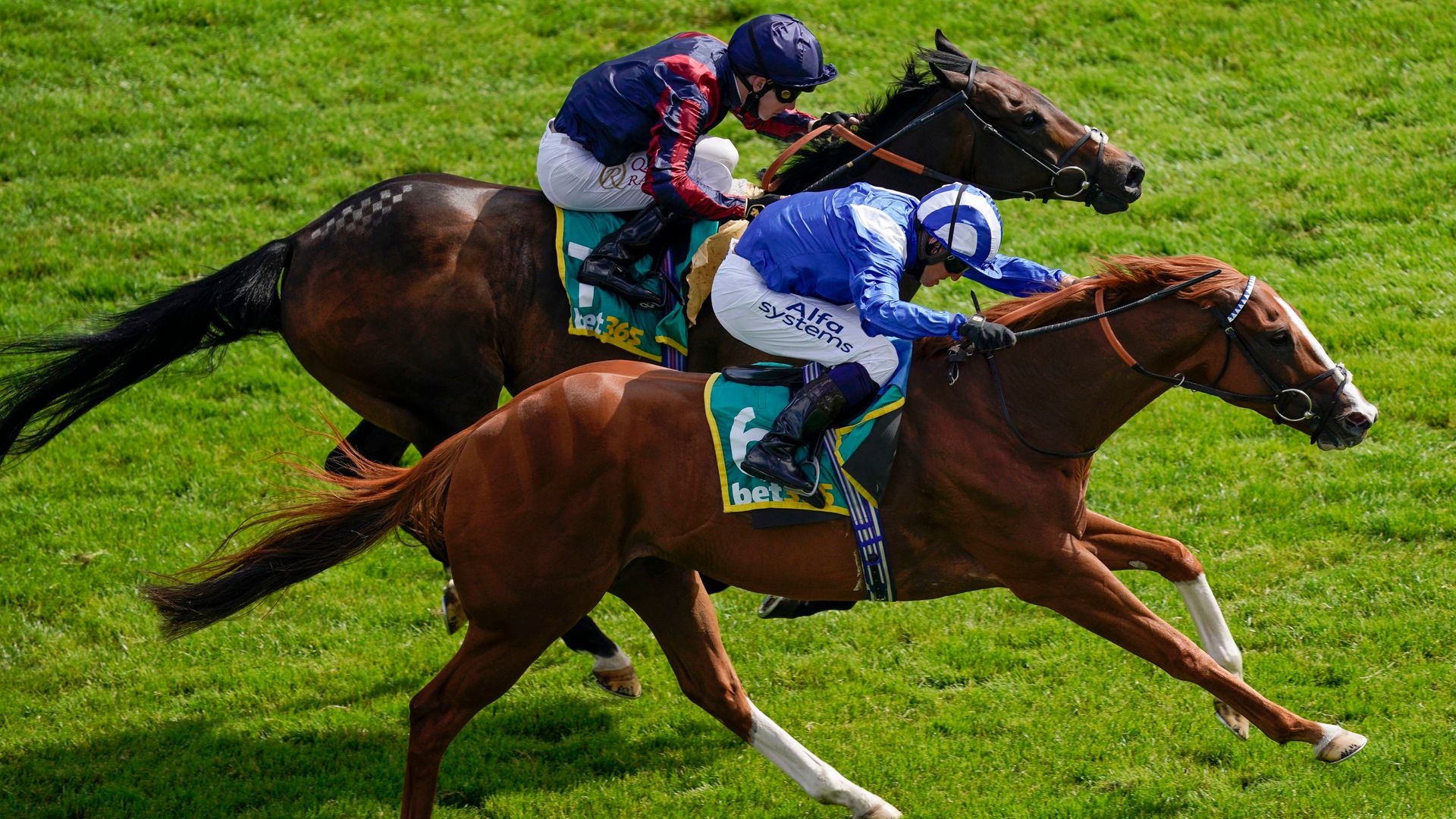 Tabdeed will switch back to Listed company as he tries to register his first win in more than a year in Saturday’s Close Brothers Hopeful Stakes at Newmarket.

The six-year-old was victorious in the Group Three Hackwood Stakes at Newbury last July, but was then well beaten in the Group One Sprint Cup and has been out of luck in two outings this term – most recently when third in the defence of his Newbury title.

Trainer Owen Burrows will now drop a grade as he looks to get his sprinter back on the winning trail.

He said: “Tabdeed ran very well when trying to defend his Hackwood Stakes crown and he was only beaten in a photo.

“There are not many options for horses like this. There was either this or the Garrowby at York, but when we saw the entries we thought we would look at this.

“He is not quite a Group One sprinter, though the ground was heavy in the Sprint Cup at Haydock when he raced at that level last season. That is twice he has disappointed on soft ground.

“This year he has been in a good place as we are normally treading on eggshells – hence why he hasn’t had many races in his career. It is good to firm and in an ideal world it would be good, but they do a good job with the track at Newmarket.”

Tabdeed will sport the first Shadwell colours, with the Charlie Hills-trained Khaadem trying blinkers for the first time.

The five-year-old is also looking to snap a losing streak having not won since lifting the 2019 Stewards’ Cup.

Hills said: “He worked well in blinkers the other day so we thought we may as well give him a go in them. He ran over seven furlongs last time and I think he did see it out, but with the blinkers on we thought it best to bring him back to six furlongs.

“It has been a frustrating season, but he has run some nice races and he looks great while he has kept his condition better this year than last year. He has finished fourth in a July Cup and a Diamond Jubilee Stakes so he can be competitive at that sort of level.”

Royal Scimitar has not got his head in front since winning on his racecourse debut last July, but trainer Clive Cox feels he has had excuses.

Cox said: “He is a top-of-the-ground horse and where we thought he would stay further, he has proven most productive back over six furlongs. He was unlucky at the Shergar Cup meeting last time as the ground was on the easy side and he fluffed his lines at the start.

“This is a big step again but he looks great and he ran well over course and distance at the July Festival behind Blackrod, who has since won at York, so I would be hopeful he runs well.”

Royal Crusade was fifth in the Hackwood last time out for Charlie Appleby, but has subsequently been gelded.

Appleby said: “It is his first start since he has been gelded and he has taken the operation well. Hopefully we can now get back on track to where we were as a three-year-old with him.

“His work has been nice and hopefully he can use this race a starting point to returning to some sort of form.”

Ten runners are set to contest the six-furlong heat with Summerghand and Mums Tipple other key names in the mix.