Rochdale had to settle for a 1-1 draw with Colchester on the night they celebrated a landmark anniversary.

The League Two fixture had been brought forward to ensure it was 100 years to the day since Rochdale played their first match in the Football League.

Whereas Rochdale marked August 27, 1921 with a 6-3 win against Accrington in the Third Division North, there was no repeat as their miserable home form continued.

It looked as though they might finish empty handed after Max Taylor’s calamitous own goal gifted Colchester a first-half lead. 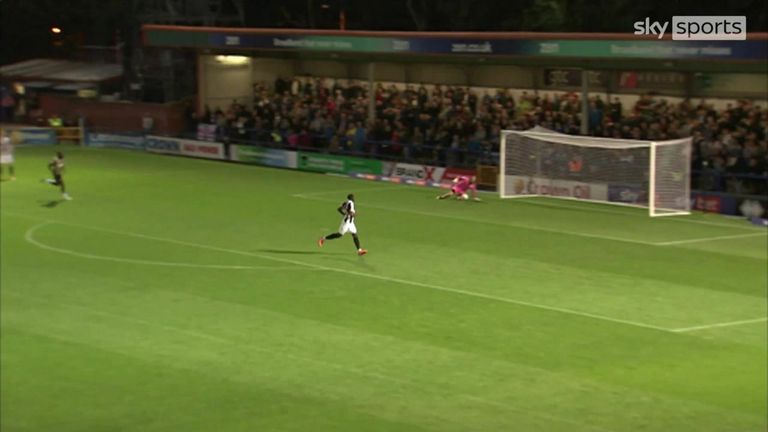 Max Taylor had a moment to forget as the Rochdale defender put through his own net in the 1-1 draw with Colchester.

Former Manchester United player Taylor, 21, who left Old Trafford in the summer, found his own net five minutes before half-time when he completely lost his bearings with a back pass to goalkeeper Joel Coleman.

But wing-back Jimmy Keohane spared Taylor’s blushes with an equaliser from close range shortly after the hour.

Rochdale had the worst home record in League One last season, which had a massive bearing on their relegation, and this campaign have only two points from a possible nine from their first three home league games.