Tottenham have completed the signing of right-back Emerson Royal from Barcelona.

Emerson has signed a contract until 2026 and will wear the No 12 shirt at Spurs.

A Spurs statement read: “We are delighted to announce the signing of Emerson Royal from Barcelona, subject to international clearance and a work permit.

“The right-back has signed a contract with us until 2026 and will wear the number 12 shirt. Emerson will travel to London from Spain later this week.”

Sky Sports News reported on Monday that a bid worth £25.73m (€30m) was made for the right-back, which was later accepted by the Spanish club, with personal terms also agreed.

Arsenal were keen on signing Emerson, but the 22-year-old preferred a move to Spurs.

Tottenham boss Nuno Espirito Santo was hoping to bolster his defensive options, having played Japhet Tanganga at right-back in the opening Premier League games, with Serge Aurier now out of favour at the club.

Brazilian Emerson joined Barcelona in 2019 from Atletico Mineiro. He then moved to Real Betis, but returned to the Nou Camp this summer when Barcelona exercised a buy-back clause. 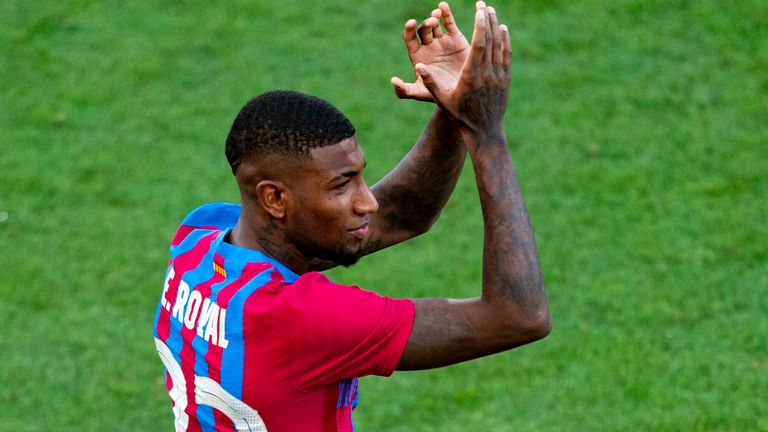