Tom Marquand believes Starman should prove “hard to beat” in Haydock’s Betfair Sprint Cup if he can replicate his July Cup-winning performance.

Ed Walker’s four-year-old will try to become the third horse this century to win both races in the same season, after Dream Ahead (2011) and Harry Angel (2017).

The Archie Watson-trained Glen Shiel, runner-up to Dream Of Dreams last year, is among 11 in the line-up – along with Tim Easterby’s Art Power, who was back in fourth in 2020.

Godolphin hopes rest with the Charlie Appleby-trained Creative Force, who was fifth to Starman in the July Cup. 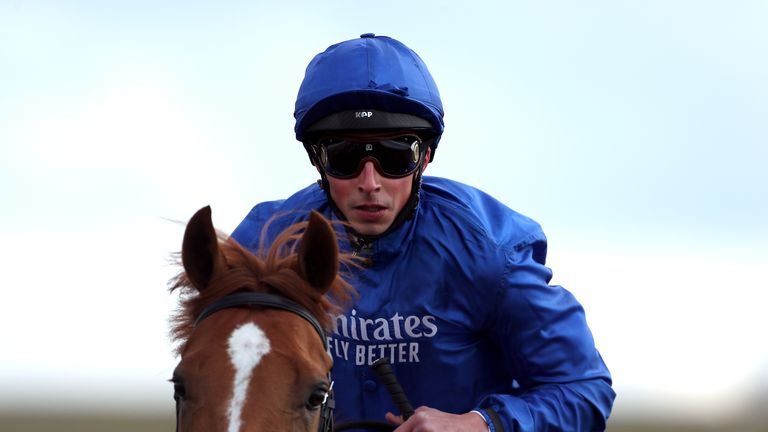 Creative Force should be able to handle any ground conditions at Haydock for Saturday’s Sprint Cup, according to jockey William Buick

“Starman showed the best sprinting form in Europe this year when he won the July Cup, and if he can reproduce that he’s going to be hard to beat,” Marquand said.

“I thought he did particularly well there too – he was up against more experienced rivals, and it was only really his second proper race, because he barely had to do anything to win his races last year.

“Gaps closed on him that day, and he’s not the most nimble, so you have to give him credit for that too.

“Once he hit the front he was very good, and on that rising ground at Newmarket a horse who is going as well as he was can really put in a late shift.

“Starman flew, and to hit the line as well as he did was impressive.”

Starman was only third in the Prix Maurice de Gheest at Deauville last month, but Marquand puts that squarely down to the soft ground.

“It will be nice getting back on better ground, because in France it just felt as if he got stuck a bit on that tacky ground,” he said.

“It was an extra half-furlong as well, which may have been a factor too, because three-quarters of a furlong out I thought he was going to win – but when I got into him he struggled to extend in the way he had done at Newmarket.

“That July Cup form is about as rock solid as it gets, and if the conditions are suitable and the race is run to suit again we ought to be in exactly the same spot.

“We just want a genuinely run sprint – and having a horse like Glen Shiel [the mount of Marquand’s partner Hollie Doyle] in there again is quite handy, because that’s his gig as well.

“You have to respect Glen Shiel, because he’s been so tough and reliable at this level and he’s a former QIPCO British Champions Sprint winner.

“He’s danced pretty much every dance – and once a sprinter has shown he’s got the ability to do it, you have to be prepared for him to do it again.”

Clive Cox is two-handed in the race, with Supremacy and Nando Parrado, while Richard Hannon’s filly Happy Romance is the sole three-year-old in the field.