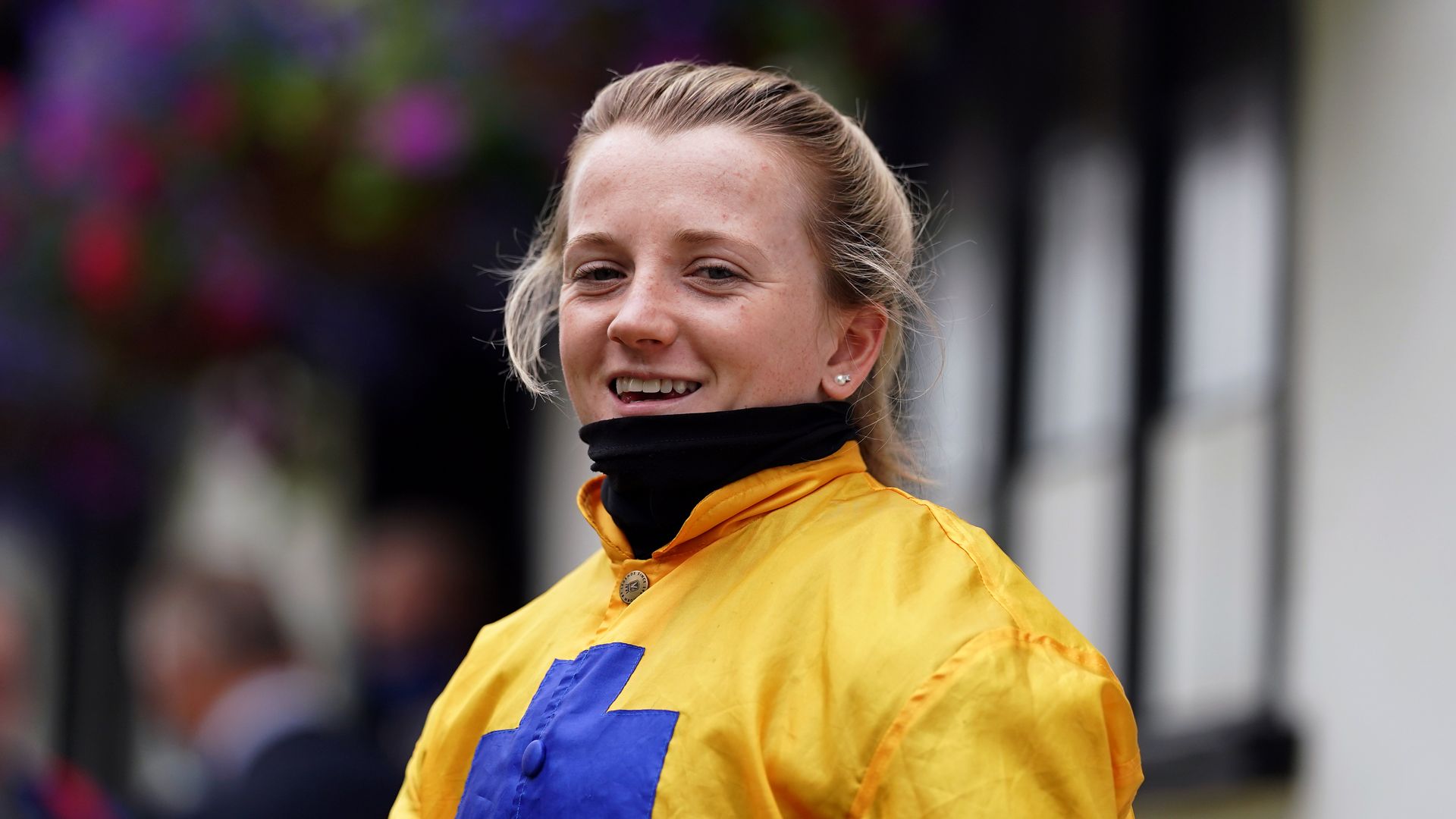 Romantic Time found a dream run on the inside to give trainer William Stone his biggest success to date in the Group Three Ire Incentive Scheme Dick Poole Fillies’ Stakes at Salisbury.

The daughter of Time Test looked to have compromised her chance by being slowly away – but she recovered under a patient ride by Hollie Doyle to put herself into contention.

The step up to six furlongs for the first time suited Romantic Time, as the 28-1 outsider quickened in the final furlong to win by a length from Pearl Glory.

Stone, who is based at West Wickham in Cambridgeshire, said: “That was super. Hollie gave the horse a great ride.

“The step up to six was great and I think she was a bit unlucky last time (at Newbury). She got going a bit late and met a bit of trouble in running which didn’t help her.

“I don’t know what we’ll do now next because we came here not knowing if she’d stay six, so I couldn’t really look at anything for her until we got today out of the way. We’ll just look at different options and go from there.”

He added: “I’m absolutely thrilled to get my first Group winner. It’s brilliant.”

Chocoya (8-1) got up in the dying strides to snatch victory in the European Bloodstock News EBF ‘Lochsong’ Fillies’ Handicap.

Ryan Moore brought the Hugo Palmer-trained three-year-old to put in a strong finish and get the verdict by half a length from Crazy Luck.

It was her first time in a handicap after several attempts in Pattern races. Palmer is hoping the victory will give her confidence for when she steps back up in company.

“She did great. That was her handicap which is not bad with it coming towards the end of her three-year-old season,” he said.

“She’s got plenty of snow on the roof as far as black type is concerned, but none of the big stuff.

“We’ve been desperately trying to win a Listed race with her and she’s been running with credit most of the year without quite pulling it off. I’m hoping that will give her confidence.

“Ryan was very pleased with her. He felt she’ll win again and if she does she’ll be back close to 100 again and we will continue the search for black type.

“There are races on the all-weather at places like Deauville going into November and December, so that could be a possibility. She was a little bit outpaced over the ridges today. She did very well to stick to it and finish well.

“She’s always suggested that seven would be within her compass. She hasn’t conclusively proved she stays it, but she was only winning in the last 50 yards today.”

Champion jockey Oisin Murphy kept up his march towards a third title with a double on Outbreak and Neenee’s Choice.

Outbreak (evens favourite) confirmed the promise of his debut second in tremendous style to take the Byerley Stud Novice Stakes by five lengths from Point Lynas.

Neenee’s Choice (6-5 favourite) had no trouble stepping up from a mile to a mile and a quarter to take her winning run to three in the Molson Coors Handicap.

Andrew Balding’s filly made all over the mile and a quarter and kept pulling out more to score by a length and a half from Lady Reset.