Claressa Shields has hit back at the “myth” that her rival Savannah Marshall can punch harder and has promised to “break her down” when they finally fight.

The world champions are part of Sky Sports Boxing’s new era with BOXXER and both anticipate what Marshall has called “the biggest fight in women’s boxing history” to happen next year.

Their rivalry stems from Marshall’s win over Shields as amateurs – it is the only time that the esteemed American has tasted defeat in a career of incredible achievements. 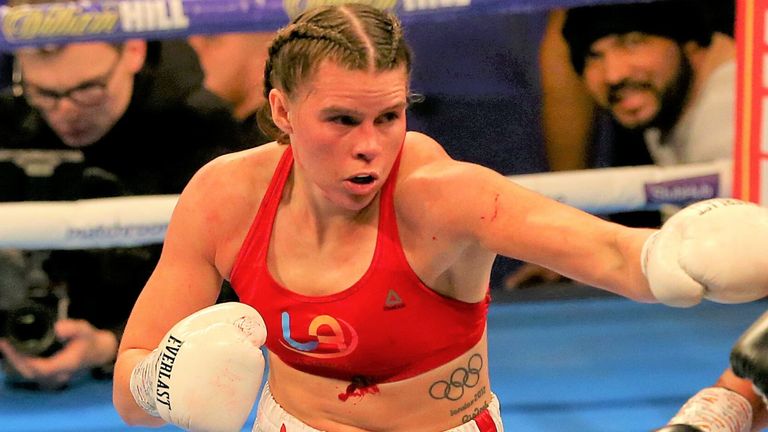 Savannah Marshall: I’m smarter than Shields, and I hit harder

Marshall said “I’m smarter and I hit harder” but Shields has now exclusively told Sky Sports: “I can knock out Marshall, and she knows that too. She knows I punch very hard and I’m way faster.

“Savannah has this thing, which her coaches know about too, she is either ‘on’ or ‘off’. She has to be at 300 per cent to even compete with me. She can’t afford a bad night.

“If she’s ‘on’? You will see a competitive fight in the early rounds then I will break her down.

“She’s smarter than me? We were at both Olympics together and she didn’t medal but guess who got two gold medals!

“She punches too hard? It is a myth.

“It doesn’t make sense to say that she’s a better fighter than me.” 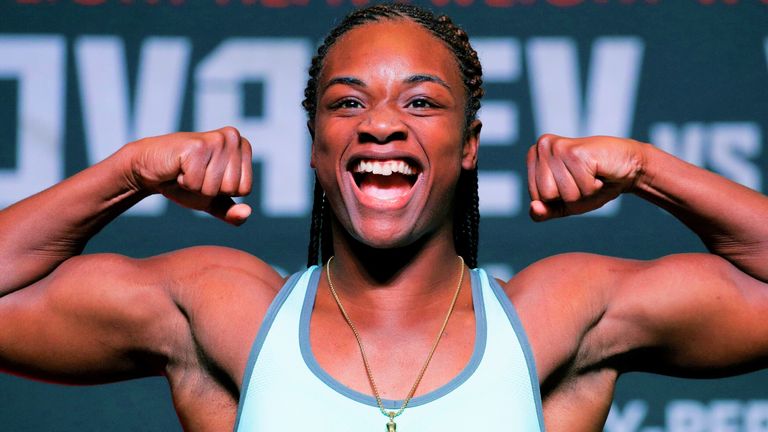 Shields won the Olympics in 2012, shortly after her amateur loss to Marshall, then again in 2016. As a professional she is a three-weight world champion who is undisputed in two divisions.

Marshall will defend her WBO middleweight title against Lolita Muzeya on October 16, live on Sky Sports.

Shields is set to resume her MMA career in October before returning to the boxing ring in December, live on Sky Sports.

Shields’ co-promoter Dmitry Salita said: “We want to make a UK debut before the Savannah fight and we’re on the road to make that happen before the end of the year.

“After that, our plan is for the next fight to be against Savannah. That’s the plan and that’s what we want.

“Claressa, being the champion that she is, she has no problem going to the UK to Savannah’s hometown. She will take care of business and come home with the four belts.

“She can really be an active two sport star and we would love for Savannah to be ringside for her MMA fight in October.”

Shields said about Marshall: “I am hoping the fight can be made so she can face up to what she’s been running from.

“We wanted to fight Marshall in December. But all that stuff she was talking? She is not ready, she needs more time.

“For somebody who is a big knockout artist? It doesn’t seem that she’s ready to knock me out!

“Me and my team made Marshall an offer to fight in 2018, before she was a champion, to fight for the belts that I had [at super-middleweight]. I called her out. Her team declined.”

Marshall responded to that claim: “[Trainer Peter Fury told me] ‘why take it now for peanuts when we could do it in three years for big money?’

“100 per cent that fight will now happen. Now more than ever we are singing from the same hymn sheet.”

Shields continued: “For the past year she has said that I’m scared of her. Why? Because you won a fight over me by six points?

“Everybody is making her out to be this big knockout artist. Build her up as that. It will hurt a lot of people’s feelings when I beat her because they will see that she doesn’t hold any power, she doesn’t have more skill than me.

“I have got better over the years and she has declined.”

Shields hit out at her rival Marshall: “Everybody wants to see me lose. But I’m a winner. I fought very good girls, not last-minute replacements. Girls get one week, two weeks, before fighting Marshall. One girl took a fight with her three days before. A grown woman would not dare take a fight with me with two weeks, three or four and think she has a chance to beat me.

“Look at her opponents, look at mine. The girls on her résumé? The commission would not even let them in the same ring as me.

“She hasn’t fought a top-level competitor. Can she beat Christina Hammer or Hanna Gabriels? Marie Eve Dicaire? No, she can’t. Hammer would beat her.

“She would get exposed.

“Marshall lost six times to one fighter [Nouchka Fontijn in the amateurs] – that just shows the difference in calibre.

“My whole boxing career has been up, up, up without any downfalls.”