In an extraordinary feat of teamwork, Craig Foster explains how he and several others helped secure the safe rescue of a large group of women footballers and other athletes from Afghanistan.

As the Taliban took control of Kabul, distressing images of thousands of Afghans trying to flee the country were broadcast around the world. Some were lucky enough to be permitted onto flights; others were not so fortunate.

Amid all the heartache, there have been some incredible stories of people going above and beyond to help Afghans in need, none more so than the Australian effort to assist the Afghan women’s football team in escaping to safety.

Australia had, like many nations, been evacuating its citizens and some of its former staff from its embassy after the Taliban seized control of the capital Kabul on August 15.

Around 1,000 people were being evacuated on Australian flights and about 50 women athletes and their dependents were among those rescued and brought to the country, after their plight had drawn the support of several prominent former sporting figures including former Crystal Palace and Portsmouth defender Foster.

“There’s a huge group involved in the rescue of Afghan female footballers from the national team, a couple of Paralympians, many other athletes and their family members,” Foster told Sky Sports News in an exclusive interview.

“I was first contacted by former Olympian and human rights lawyer Nikki Dryden, the director of Human Rights for All, Alison Battisson, the centre for sport and human rights and FIFPRO, who’d all already been involved with the Afghan women’s football team and their sexual abuse case that’s been running now for several years.

“All of us felt very strongly about women’s rights and gender equality. We’ve been working on that for a long time here in Australia in sport, and to see really brave, courageous, female footballers and Paralympians and others were now going to be put at risk, simply because they’re exercising their human right to play sport, was just wrong.

“We approached the Australian government and our ministers for sport, immigration and foreign affairs and in a short space of time, we were able to get a commitment out of the Australian Government for humanitarian protection for these at-risk, predominantly female, athletes.” 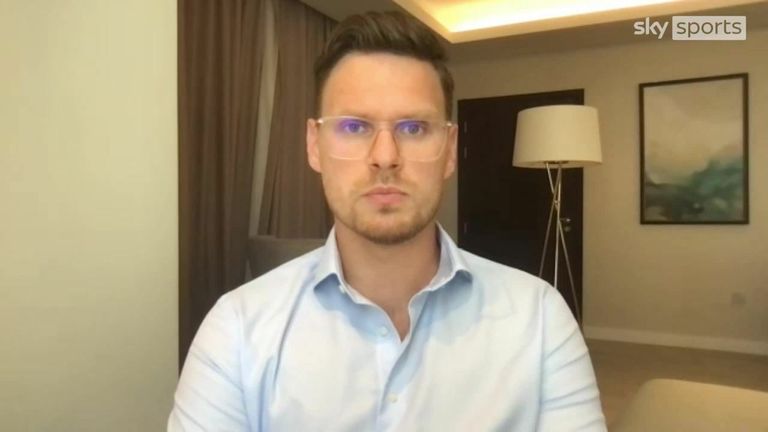 During their previous rule, from 1996 to 2001, the Taliban prohibited almost all education for girls and women – girls were not allowed to attend school after the age of eight – while women were unable to work or leave the house without being accompanied by a male relative.

While the Taliban have made attempts to come across as more moderate this time around, the chances of women being able to partake in sport are slim, with their fundamental freedoms also unclear – something that inspired Foster, a human rights activist who has championed many discriminated groups since retiring from playing, to act.

“We had two groups, one who was in touch directly with the athletes and one trying to coordinate support for them and a country to take them. I was very much in the middle, working with a group of predominantly former athletes, and also then the Australian government around humanitarian visas and the evacuation flights out of Kabul airport,” he added. 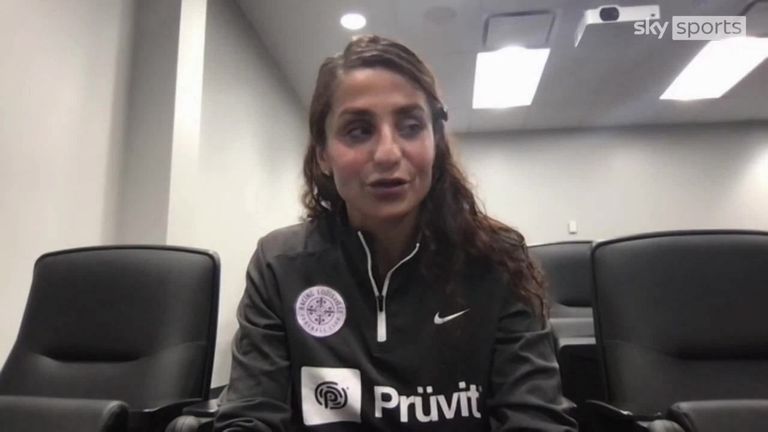 Nadia Nadim, who fled Afghanistan to become one of Denmark’s top players, says her home country has taken a massive step backwards with the Taliban coming back to power

“And so getting visas through in a really short space of time was then perhaps the most important factor because it enabled the operational team in place to get them to the airport.

“Under the Taliban rule, women are oppressed, they have no basic human rights. When they go outside of their house, they need a male chaperone, they are predominantly not allowed to play sport, they’re only allowed to be involved in certain professions and I’m reading now about female doctors might not be able to still practice in Afghanistan.

“When it comes to sport, that’s frowned upon by the Taliban and the new regime that’s in control in Afghanistan. High-profile athletes and people who were advocates for either human rights or women’s sport have been at extreme risk and really terrified. That’s why so many of us felt impassioned about helping predominantly women get out of the country.”

However, this is only a small victory in the grand scheme of things for Foster, who wants more sportsmen to do more, to speak out on injustices, using sport, and the platform it has, to help those most in need.

“I must say, it’s a wonderful story,” he added. “It demonstrates what sport can do when we mobilise good people and organisations around the world.

“But at the same time, there’s no sense of triumphalism or great excitement because so many people are still at extreme risk and so many of us here and around the world are in touch with people still in Afghanistan, all through the day and night, who are genuinely terrified.

“I’ve been delighted to see for instance the English national football team both male and female taking the knee and talking about racial equality. Raheem Sterling’s being very strong.

“I think these issues are incredibly important and can be amplified through sport – and football, of course, is the biggest game in the world and we have the power to make the most change. I don’t quite know why so many people in football, particularly contemporary players, feel unable or unwilling to speak out on a range of social issues.

“A particular field of interest of mine is how sport can utilise its profile, its platform, its social influence and its social licence to bring really important social change and I’m involved in Australia in a range of campaigns, whether it’s refugee rights or climate action through sport, homelessness, gender equality, and a range of others.

“And when it comes to human rights and a sustainable planet and these issue – they’re not political, they are politicised, but they are objective human rights that we all possess, and we should all be comfortable speaking up about them, irrespective of whether we’re in sport or otherwise.”