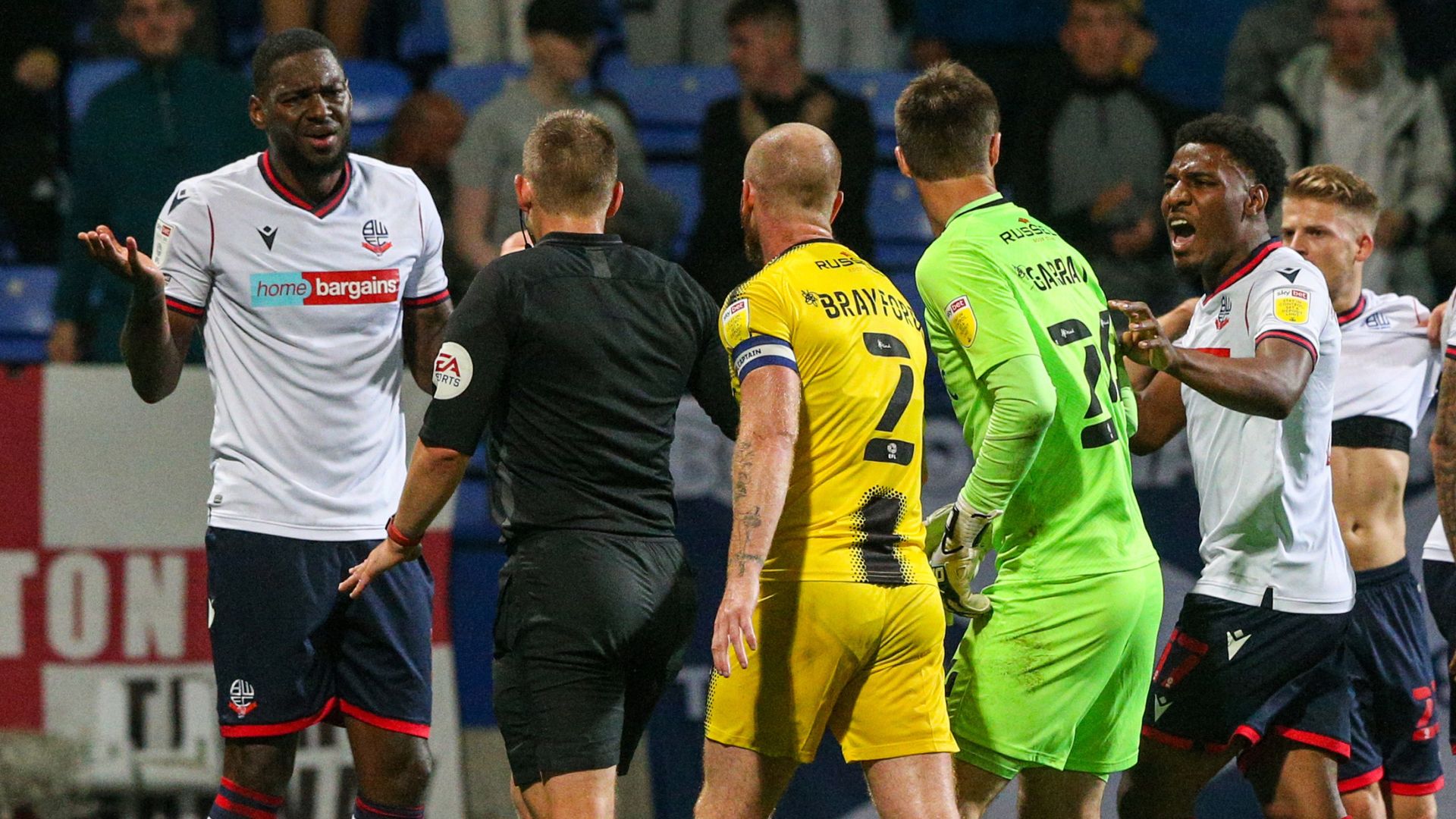 Kieran Lee had a first-half goal controversially disallowed for offside as Bolton and 10-man Burton played out a lively 0-0 draw in Sky Bet League One.

Lee’s 30th-minute strike initially appeared to have been awarded by referee Josh Smith.

But after protests from Brewers goalkeeper Ben Garratt and consultation with his assistant referee, the official deemed striker Eoin Doyle was in Garratt’s eyeline when Lee fired goalward.

Burton, who could have gone top with victory, had skipper John Brayford dismissed for yellow cards after 69 and 86 minutes.

But Jimmy Floyd Hasselbaink’s side withstood everything Bolton could throw at them to move third.

It was a frustrating night for Ian Evatt’s side who have now lost three and drawn two of five meetings with Albion.

Doyle had one shot saved and another blocked before Lee’s effort, while the ever-dangerous Dapo Afolayan hit the woodwork in the second half.

The visitors only once threatened underworked Bolton keeper Joel Dixon as he saved Joe Powell’s low left-foot drive after 21 minutes.