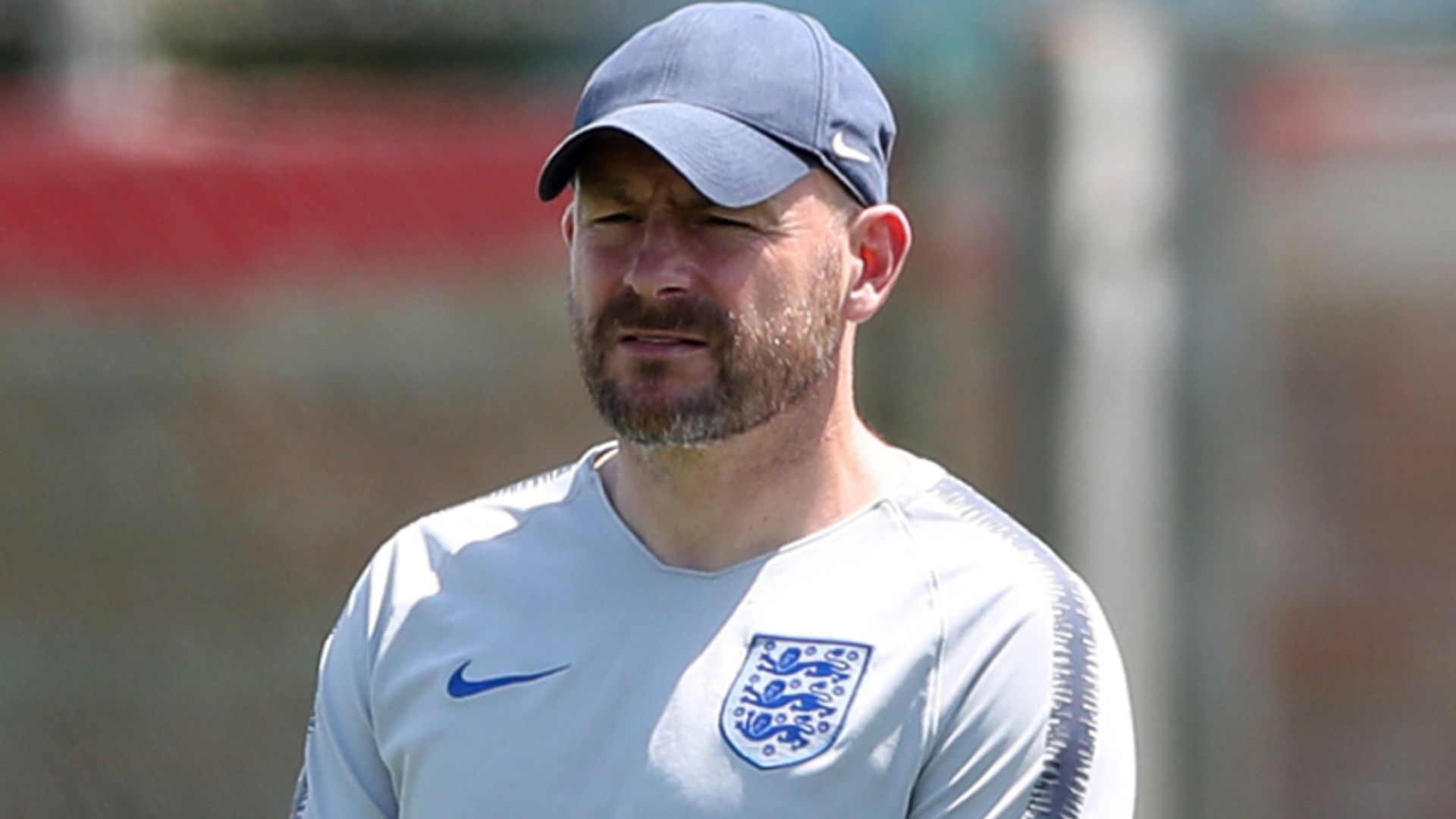 Team news and how to follow England U21 vs Kosovo U21 live on Sky Sports in Euro 2023 qualifying on Tuesday; kick-off 7pm.

England Under-21 boss Lee Carsley praised his players’ focus after a disrupted build-up to their Euro 2023 qualifying opener.

The Young Lions’ trip to Romania on Friday was cancelled just hours before they were due to leave.

Two members of the playing squad and staff had to isolate after returning positive Covid-19 tests which forced the friendly, due to be Carsley’s first game in charge, to be called off.

They now face Kosovo in Milton Keynes to open their Group G campaign and Carsley has been impressed by his squad amid the problems.

“We very much turned the lads’ attention to the Kosovo game. I was really impressed with the mindset of the players,” said the former Everton midfielder.

“We prepared for the game, we had done our last bit of match prep and got the news. The players’ welfare and health has to come first. We isolated the two straight away, followed the guidelines and began the re-testing.

“The players adapted and got on with it, we had an in-house game the day after and we were able to travel to Luton to continue our preparation.

“The two people were isolated straight away. They have been re-tested and re-joined the group now.”

The 21-year-old made an £18m move to Selhurst Park from Chelsea in the summer.

Guehi said: “I was shocked at first but I was very pleased and privileged to be named captain.

“He sees maybe something from a different perspective from the sidelines that maybe I can’t see but I know I’m quite a confident person and I want to help as many people as possible off and on the pitch.

“I’m very grateful. As a leader I won’t do anything too differently. I’ve been chosen as captain for a reason.”

Harvey Elliott is the latest player to pull out of the Young Lions’ squad ahead of what could have been his U21 debut, returning to Liverpool for more attention to a knock he picked up in their draw with Chelsea on August 28.

Tottenham’s Ryan Sessegnon has also withdrawn after suffering a minor injury in training. Liverpool midfielder Curtis Jones is suspended, while Aston Villa youngster Aaron Ramsey has been called up after initially joining up with the U19 squad.

England U21 vs Kosovo U21 is live on Sky Sports Premier League from 6.30pm; kick-off 7pm. Sky Sports customers can watch in-game clips in the live match blog on the Sky Sports website and app. Highlights will also be published on the Sky Sports digital platforms shortly after the final whistle.