Transnational and national fans’ groups from across the six confederations have issued a joint statement opposing plans to impose a biennial FIFA World Cup.

Arsene Wenger, FIFA’s chief of global football development, is the chief proponent of the plans at world football’s governing body and a feasibility study is being held looking at the prospect of shortening the gap between men’s and women’s World Cups from four to two years, following a request from the Saudi Arabian federation in May which was approved by 166 national associations.

Former USA head coach Jill Ellis, who has been appointed as FIFA’s lead to the Technical Advisory Group on the future of women’s football, has told Sky Sports News the concept will be “considered” for the women’s game.

But the idea has faced criticism from a number of senior figures in professional football including UEFA president Aleksander Ceferin, who holds “grave concerns” about the proposals, believes they will “dilute” the competition, and thinks their implementation could impact players’ health.

🌍 National fans’ groups from across the 6 football confederations have issued a joint statement opposing plans to hold the World Cup every two years.

UEFA president Aleksander Ceferin has criticised FIFA proposals to hold the World Cup every two years rather than four, saying doing that will dilute the tournament’s impact

A statement signed by Football Supporters Europe and fans’ associations from across the globe read: “In the past few months, it has been widely reported that FIFA intends to hold the World Cup every two years.

“According to the organisation’s Chief of Global Football Development, Arsene Wenger, “it’s what the fans want.”

“The undersigned fans’ organisations categorically refute this statement. The overwhelming majority of fans oppose a biennial World Cup cycle-and if FIFA had bothered to engage with us on the subject, they would have known this to be the case. 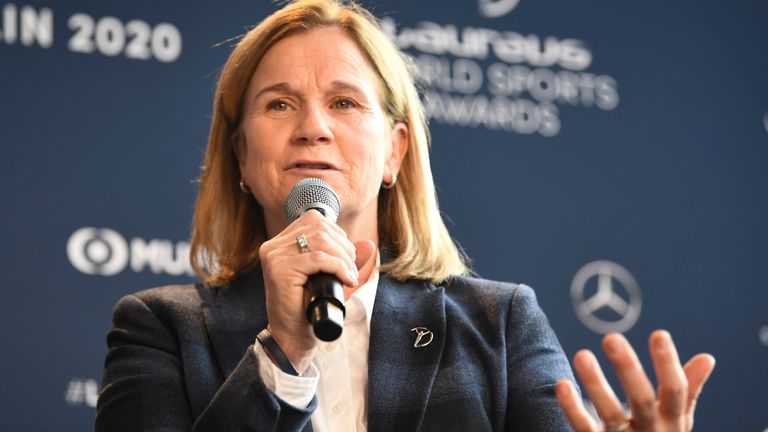 “The World Cup has taken place every four years since the inaugural tournament was held in Uruguay in 1930. Why abandon almost a century’s worth of tradition on a whim and with no evidence that it will improve the global game?

“On the contrary, such a move threatens to destroy the already fragile balance between local, domestic, continental, and international competitions and calendars.

“In particular, it will devalue and endanger the established competitions run by the various confederations-competitions that are just as important to match-going fans as the World Cup itself.

“We enjoy the World Cup precisely because it is an extraordinary event. Most of us do not have the time, money, or ability to travel to the other side of the world every 24 months to watch our teams play in a much-diminished competition and half-empty stadia.

“Football is currently faced with significant problems and challenges – gross inequality within and between leagues and confederations, spiralling costs for fans, and inadequate grassroots infrastructure.

“We do not want or need more World Cups.

“We want strong, competitive domestic leagues and exciting continental competitions. We want more equitable and sustainable governance at all levels.

“We want young people to be able to afford to watch the clubs and national teams they love. We want everyone to have an equal opportunity to play and watch the game in a safe and welcoming environment.

“We, therefore, call on FIFA and supportive national football associations to abandon their proposals to impose a biennial World Cup and include fans’ voices in any decisions that affect the future of the game that we fund and make a global spectacle.”

Staging the World Cup every two years will be a “strange concept” for a whole generation of football fans, Gareth Southgate has told Wenger.

England boss Southgate has met with Wenger to discuss plans for a biennial World Cup and is “open-minded” to the proposals.

“I actually met with Arsene a couple of weeks ago, he was meeting a few different coaches so I have a pretty good idea of the proposals,” Southgate said.

“I think the whole calendar needs reviewing. My feedback would be – I don’t know – that our generation is going to find a World Cup every two years a strange concept.

“But I also know that things like The Hundred in cricket have been an incredible success, so I’m open-minded about some of those things. But the calendar generally needs to be tidied up. We can’t keep adding more things in.

“I agree generally with the concept of better quality matches. Fewer matches, better quality across the board, but there’s lots of other things that need consideration and we can’t just add more in at the moment.”

Southgate refused to offer his own opinion on whether he believes the plans would be a success and would like the players themselves to have a say on proposals.

“We keep adding more competitions in and I’m intrigued to see what comes out to allow that space to happen because we can’t keep adding onto the workload of the players,” he added.