The outpouring of tributes to Mangala Samaraweera, after his untimely passing speak to the respect he

commanded both nationally and internationally. His unique strength was to engage at many levels – local, national and international – and more than all to speak meaningfully to people. Mangala’s courage to challenge majoritarianism and his solidarity with the minorities and the marginalised, particularly during worrying moments in the recent history of the country, are remarkable characteristics of a forthright politician with an inclusive vision for the country. In this column, I address his unique approach towards reconciliation and the concrete ways in which he sought to mobilise the state after regime change in 2015, first when he was Foreign Minister and later as Finance Minister.

I got to know Mangala after two senior retired diplomats invited me to be part of the Foreign Policy Advisory Group of the Foreign Minister in 2016. While the Advisory Group was engaged in various issues, I worked mainly on the Palk Bay fishing conflict, which I had been researching for some time. The problem was poaching by Indian bottom trawlers dispossessing the livelihoods and destroying their primary assets in the form of nets of the already war-ravaged small scale fishers. The environmental damage to marine resources undermines the sustainability of fisheries involving close to a fifth of the Northern population.

Some of the ground work had already been done in early 2015 as the Tamil National Alliance finally took a public stance; they raised the issue with India and also sought the support of President Sirisena making it a national issue of concern. The breakthrough came in late 2016, as Mangala put all his diplomatic energy and worked on his relationship with the Indian establishment into forging Indo-Lanka talks in New Delhi involving the Foreign Ministers and Fisheries Ministers of the two countries. This was unprecedented as talks between the two countries had never even reached the level of Foreign Secretaries prior to this. The Joint Agreement that came out of those talks greatly reduced poaching over the next couple years, although the momentum for a permanent solution receded in subsequent years.

While he was Foreign Minister, a quiet visit to the North to look at the IDP camps provided the opportunity to visit Mylitty – with the largest fisheries harbour in the North – then under military control. Over the next year, thanks to the interventions of Mangala and many others including the then President, the Harbour was released to the fishing community along with resettlement of adjacent fishing hamlets. This was how Mangala sympathised with and slowly and consistently worked towards the solutions of the marginalized.

When Mangala became Finance Minister in mid-2017, he continued with reconciliation as a central plank of his work. The National Budgets for 2018 and 2019 had sections on reconciliation for the first time, and a range of small development projects dedicated to the North. This was an effort to expand the reconciliation approach by addressing the livelihood concerns of the war survivors. Until then post-war reconstruction merely focused on building infrastructure and financialisation even as the people became mired in debt. 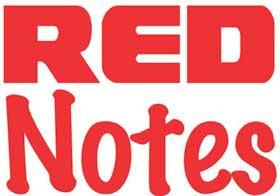 Mangala’s Budgets and their implementation sent a message that the well-being of the war-affected was an issue of national responsibility, rather than the usual expectation for international donors to address their dire economic predicament. The large number of budget proposals included rebuilding the Mylitty Fisheries Harbour, a special home for differently-abled women in the North and monthly cash relief for families of missing persons island-wide.
Bureaucratic lethargy at the central and regional level as well as political instability during those two years before regime change in 2019 resulted in the abandoning of some projects, while some others did not reach completion. But credit to his political commitment, Mangala personally chaired meetings every month at the Finance Ministry, summoning the Secretaries of related Ministries, Provincial and District Secretaries from the North and others, to find ways to expedite implementation of the budget proposals. Mangala’s committed Senior Advisor, the late Mano Tittawela and his team, and a number of Treasury officials, worked around the clock on these initiatives. Mangala also solicited the support of Central Bank Governor Indrajith Coomaraswamy and former President Kumaranatunga.

I was involved in conceptualizing and taking forward many of these initiatives in the North. While I did not agree with his vision for macroeconomic policy, his humane and open character allowed room to come to a consensus on some issues and disagree on others. Despite our differences in political and economic outlook, Mangala made it clear that economic problems in the war-torn region could be addressed by the state, provided there was sustained political will to do so.

“There is no surprise that the late Mangala Samaraweera, who dedicated himself to serving the people in a just and fair manner, upheld democratic traditions, and strove for the creation of a society free of inequalities, had faith in the cooperative movement.”

One of the most important interventions in the North was the support extended to the co-operatives. The indebtedness of women trapped by predatory microfinance companies were addressed by a multi-pronged strategy of debt write-off, interest rate cap and expansion of credit through local credit co-operatives. Furthermore, investment in small co-operative industries spotted across the region sought to generate livelihoods. This was ultimately support for democratic and participatory local institutions that were to sustain development beyond the tenure of any government.

The anguish of the Muslim and Tamil communities about his loss is a testament to his vision for co-existence. Reflecting on how people perceive Mangala’s legacy, I end with a tribute by the Jaffna District Co-operative Council released on August 27, 2021, and translated by M. Thiruvarangan.

The loss of Mangala Samaraweera, former Parliamentarian and former Minister, is indeed shocking news for many. The political leaders of the country have described his demise with a heavy heart as the loss of an irreplaceable leader, a great hero, a senior leader of the country and a voice that advocated justice for the Tamil national people and their political freedom.

Those of us who are members of the cooperative movement in the North feel immense sadness at the loss of a friend of our movement. There is no surprise that the late Mangala Samaraweera, who dedicated himself to serving the people in a just and fair manner, upheld democratic traditions, and strove for the creation of a society free of inequalities, had faith in the cooperative movement.

The late Mangala Samaraweera strongly believed that the cooperative movement could achieve a lot for the wider society. He once described the cooperative system as a “sleeping giant” and lent his hand towards its revival. Sadly, he entered eternal rest before seeing its full rejuvenation, leaving us in grief and sorrow.

Driven by his vision of reconciliation, the late Mr. Samaraweera introduced special development schemes for the war-affected regions in the national budget. To rescue the people who fell into the debt trap of predatory microfinance companies, he disbursed Rs. 292 million to the credit cooperative sector in the North and created the “Aravanaippu” loan scheme. He disbursed a further Rs. 450 million to revive the producer cooperative sector to create 50 industries. Under this loan scheme, 40,000 small scale loans have been granted through the cooperative sector.

No other politician had shown such support towards the development of the cooperatives. The cooperative sector remembers with gratitude the many visits made by the late Mr. Samaraweera to the Jaffna District Cooperative Council and co-operative societies in the Jaffna District. He interacted in person with the members of those societies and observed their activities with keenness. Standing shoulder to shoulder with members of the cooperative movement, he carried out his ministerial responsibilities both as a friend and as a person committed to service.

Even as many among us were splitting hairs over whether the “cooperative movement” came under the purview of the central government or the provincial administration, the late Mr. Samaraweera embraced the Tamil regions that had faced severe destruction during the war and the people whose lives were in tatters, and recognized the supportive role the cooperatives could play in their rejuvenation. He offered us a helping hand in the hour of our need.

In 2016, when he was the Minister of External Affairs, for the first time in history, he held ministerial level talks with his counterpart in India to seek a solution to the problems that Northern fishermen were facing due to the poaching of Indian trawlers.

The late Mr. Samaraweera was simple, friendly, honest, justice-minded and likeable gentleman. We have lost a friend of the cooperative movement. As co-operators from the Northern Province, we, in our thousands, pay our heartfelt homage to this great leader and pray for his soul to rest in peace.