Republic of Ireland produced a spirited second-half display to secure a morale-boosting 1-1 World Cup qualifying draw against Serbia at the Aviva Stadium.

Three days on from escaping an embarrassing defeat to Azerbaijan, Ireland found themselves needing to produce another Dublin comeback when Sergej Milinkovic-Savic’s brilliant near-post header gave Serbia the lead midway though the first half.

Serbia peppered the Irish goal in search of the two-goal victory needed to restore them as Group A leaders after Portugal’s win in Azerbaijan but found 19-year-old goalkeeper Gavin Bazunu in inspired form as he produced a string of saves to keep Ireland’s hopes of salvaging something from the game alive.

And, with four minutes remaining, salvage a point they did as Milinkovic-Savic’s desperate goal-line clearance cannoned into the Serbia net off team-mate Nikola Milenkovic, sparking wild celebratory scenes among the raucous Irish crowd.

Stephen Kenny’s wait for a first competitive victory in charge of Ireland now stands at 12 games, and the Republic have now collected three points in 16 attempts in total dating back to June 2019, but their battling performance will have felt like more than a point despite it doing little for their World Cup qualification hopes.

Man of the match: Gavin Bazunu

Ireland fight back for spirited draw

Serbia boss Dragan Stojkovic signalled his intent from the moment he submitted a teamsheet which featured Aleksandar Mitrovic and Dusan Vlahovic in a frontline supported by Dusan Tadic and widemen Filip Kostic and Filip Djuricic.

The visitors forced two early corners and were almost gifted the opening goal within the first five minutes by Shane Duffy’s miscontrol, although Bazunu came to his captain’s rescue by blocking Vlahovic’s attempt.

Bazunu had to field Nemanja Gudelj’s 14th-minute strike from distance after Duffy had cleared the latest of a series of high balls, but the ‘keeper was tested further by the same man moments later after the midfielder had been allowed time and space to work his way into position.

Serbia took the lead with 20 minutes gone when Milinkovic-Savic got across his marker at the near post to glance Tadic’s driven corner past Bazunu despite the ‘keeper getting a hand to the ball.

Predrag Rajkovic was relieved to claim Jeff Hendrick’s 26th-minute free-kick with the minimum of fuss after Jamie McGrath’s progress had been halted illegally by Djuricic. Adam Idah was cautioned, perhaps harshly, for a high boot as he tried to beat defender Strahinja Pavlovic to James McClean’s teasing cross as Ireland responded.

Bazunu did well to beat away Mitrovic’s 39th-minute strike from Vlahovic’s adept lay-off and then dealt with the resulting corner, but Serbia’s movement and intricate passing game was repeatedly exposing holes in the home defence.

Having left lone striker Idah painfully unsupported for much of the first half, Ireland attempted to remedy that in the early stages of the second, although Alan Browne was unable to direct McClean’s 49th-minute cross at goal amid an encouraging start.

Bazunu had to repel Mitrovic’s 57th-minute effort after Tadic and Djuricic had combined delightfully and he then pulled off an even better stop three minutes later to deny the Fulham striker when he had connected with Kostic’s cross.

The teenager came to the rescue once again with a double save from substitute Nemanja Radonjic and another from Kostic, having needed McClean’s help after losing his bearings 13 minutes from time with the game opening up, and his heroics were rewarded at the death.

In his efforts to clear substitute Callum Robinson’s cross, Milinkovic-Savic blasted the ball at Milenkovic and looked on in horror as the ball ricocheted into his own net to spark a late home onslaught which ultimately failed to produce a winner. 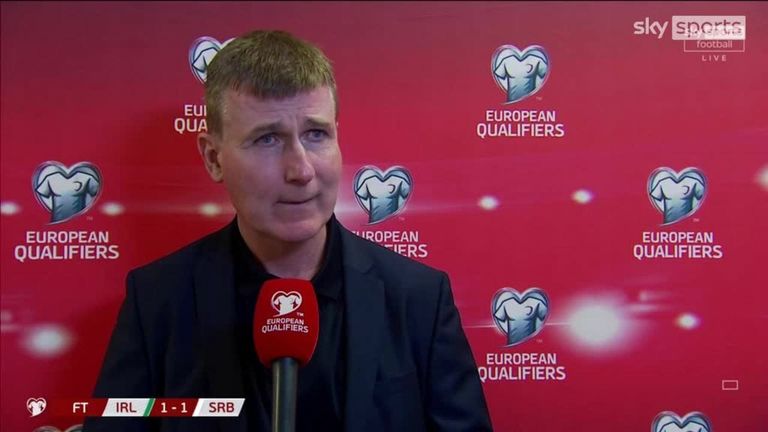 Republic of Ireland manager Stephen Kenny: “Even though it was our third game in six days, showed tremendous spirit, played a lot of good football and got a break that we didn’t get earlier in the week, when we could have had four points at least, six, coming into this game.

“We actually lost in the 97th minute against Portugal, so I thought the players just gave everything tonight – as they did in all the games. They’ve given everything of themselves.

“We’ve only had one defeat in six games, and that was a 97-minute game against Portugal. If we hang on against Portugal the other day, that’s six unbeaten. We just need to turn the draws into wins, we’ve had too many draws. 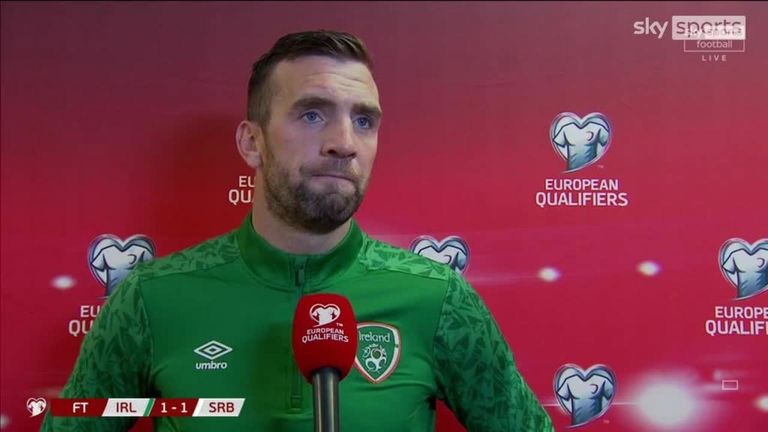 Republic of Ireland captain Shane Duffy was pleased with a point against a very good Serbia team.

“We’ve blooded 13 players in six months, made their debuts. It was always going to be an upward curve with that, and a lot of them we’ll see the benefit of that now over the next year.

“You’ve seen players who people had never heard of come in, and they know about some of them now. And there’s some more to come as well.”

Man of the Match – Gavin Bazunu 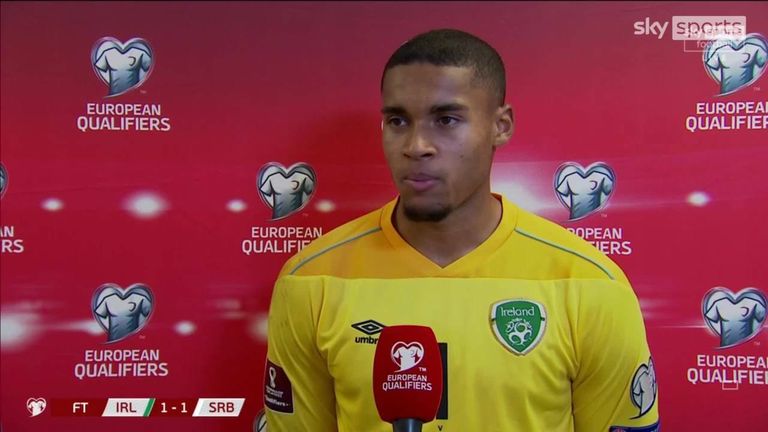 Despite conceding in all three matches, Gavin Bazunu made 18 saves from 22 shots on target faced across Republic of Ireland’s three matches in the last week, including 10 against Serbia in this game (5 v Portugal, 3 v Azerbaijan).