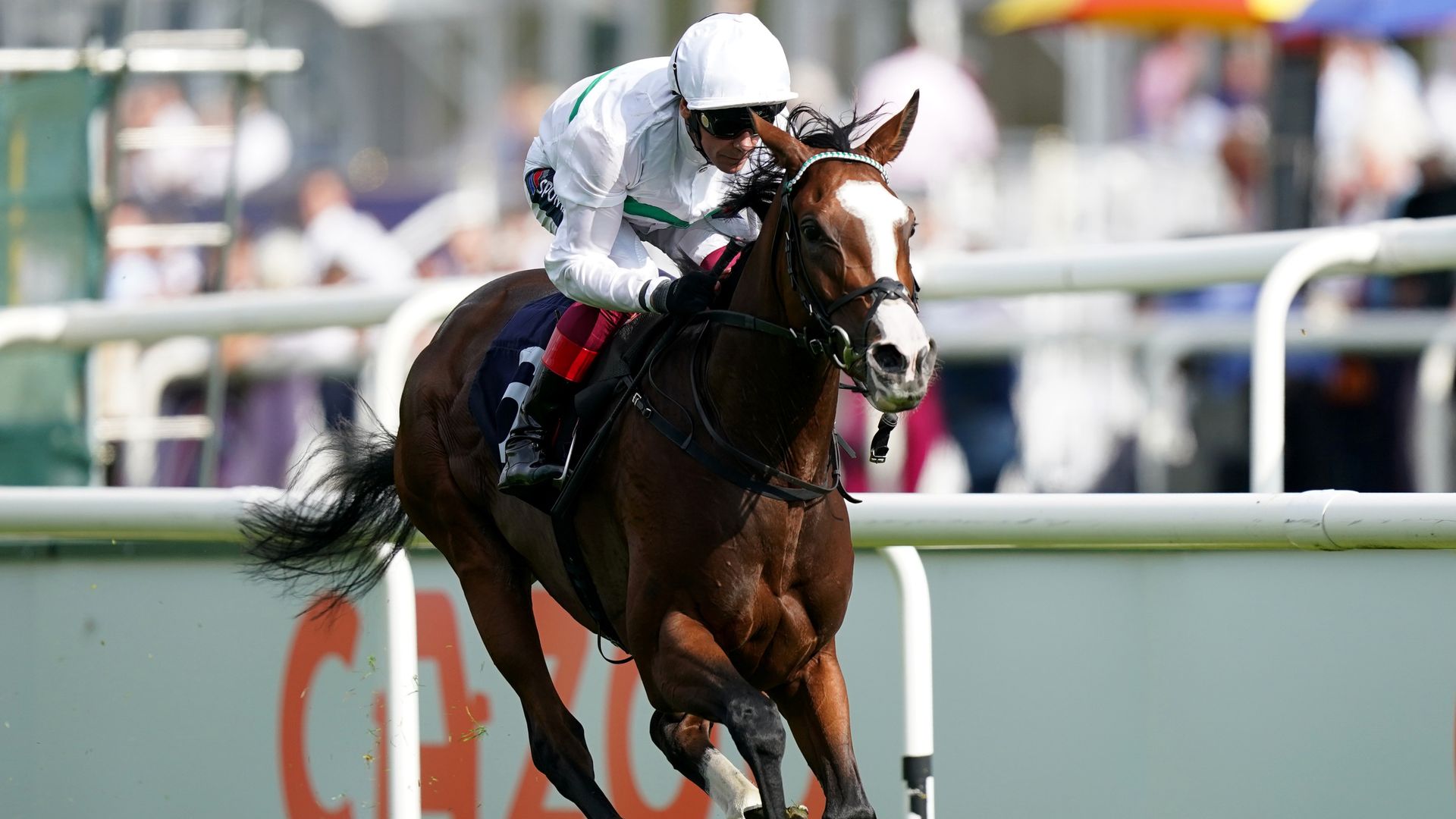 A second Group Two winner of the afternoon for Frankie Dettori and John and Thady Gosden, Free Wind was sent off the 15-8 favourite and ran out a hugely-impressive seven-length winner.

Victorious in three of her four outings this season, this was undoubtedly a career-best performance and Dettori always looked in control.

Yesyes took over at the head of affairs three furlongs from home, but Dettori was still motionless before beginning to make his challenge against the far rail.

Free Wind had questions to answer about her stamina, but the filly just pulled further and further clear.

Hugo Palmer’s Golden Pass stayed on into second with Yesyes holding on for third.

Paddy Power go 9-2 about Free Wind’s chance in the Qipco British Champions Fillies & Mares Stakes at Ascot next month, although the daughter of Galileo has another option in France.

“Obviously the trip was an unknown. She’d only won over a mile and a half before in France.

“She could have run in the St Leger. We’ll never know what would have happened. Obviously today’s race was a different kettle of fish.

“She settles well off any pace really and also has a turn of foot that most of those others wouldn’t necessarily have.

“Frankie rode her perfectly – he put her to sleep and she quickened up nicely.

“The obvious options are the fillies and mares race on Champions Day and there’s also the Prix Royallieu on Arc day as well.”

Dettori feels next month’s ParisLongchamp contest could be the best option.

He added: “She hasn’t stopped improving. Wow, what a performance today, she’s improved a lot.

“I suspect the Prix de Royallieu on Arc weekend will be next.

“I rode her on loose ground in Deauville and good to firm today and she’s getting better.

“She’s quite tiny but she’s got a massive heart with a big engine.”