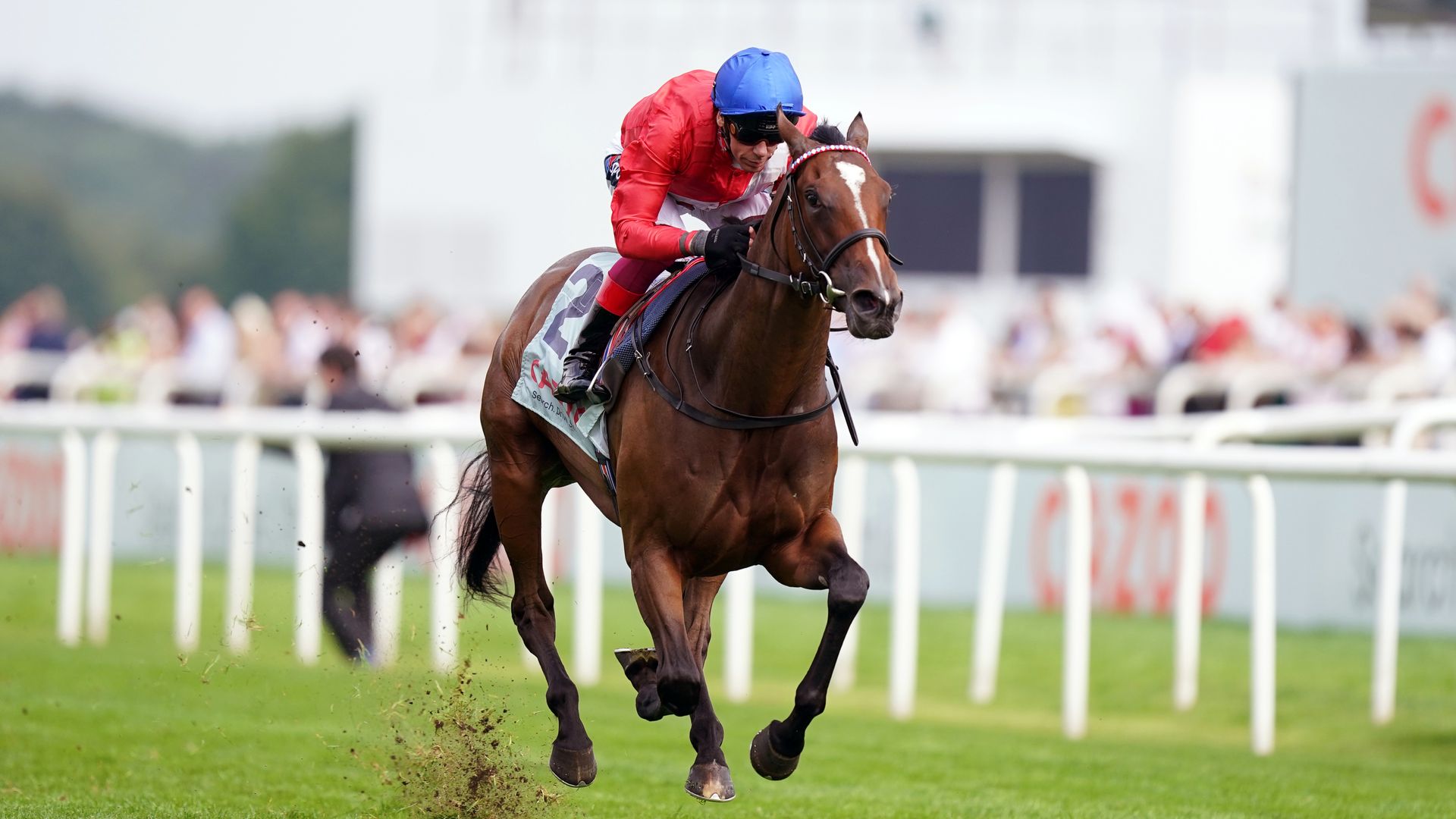 Inspiral solidified her position at the head of the betting for next year’s 1000 Guineas with a straightforward success in the Cazoo May Hill Stakes at Doncaster.

Owned by Cheveley Park Stud, the John and Thady Gosden-trained filly was sent off at the prohibitive price of 2-9 having won her first two races stylishly.

A daughter of Frankel, she was settled in the middle of the field by Frankie Dettori in the early stages, as Prosperous Voyage took them along at a sedate tempo.

When the pace quickened at halfway Dettori moved into the centre of the track to take up the running from Banshee.

While she perhaps did not quite display the same startling turn of foot on show at Sandown, the further she went the better she looked.

Dettori gave her one tap behind the saddle and she pulled well clear in the final furlong, taking a while to be pulled up.

Prosperous Voyage stayed on again for second after being outpaced when the taps were turned on, but she was beaten three and three-quarter lengths.