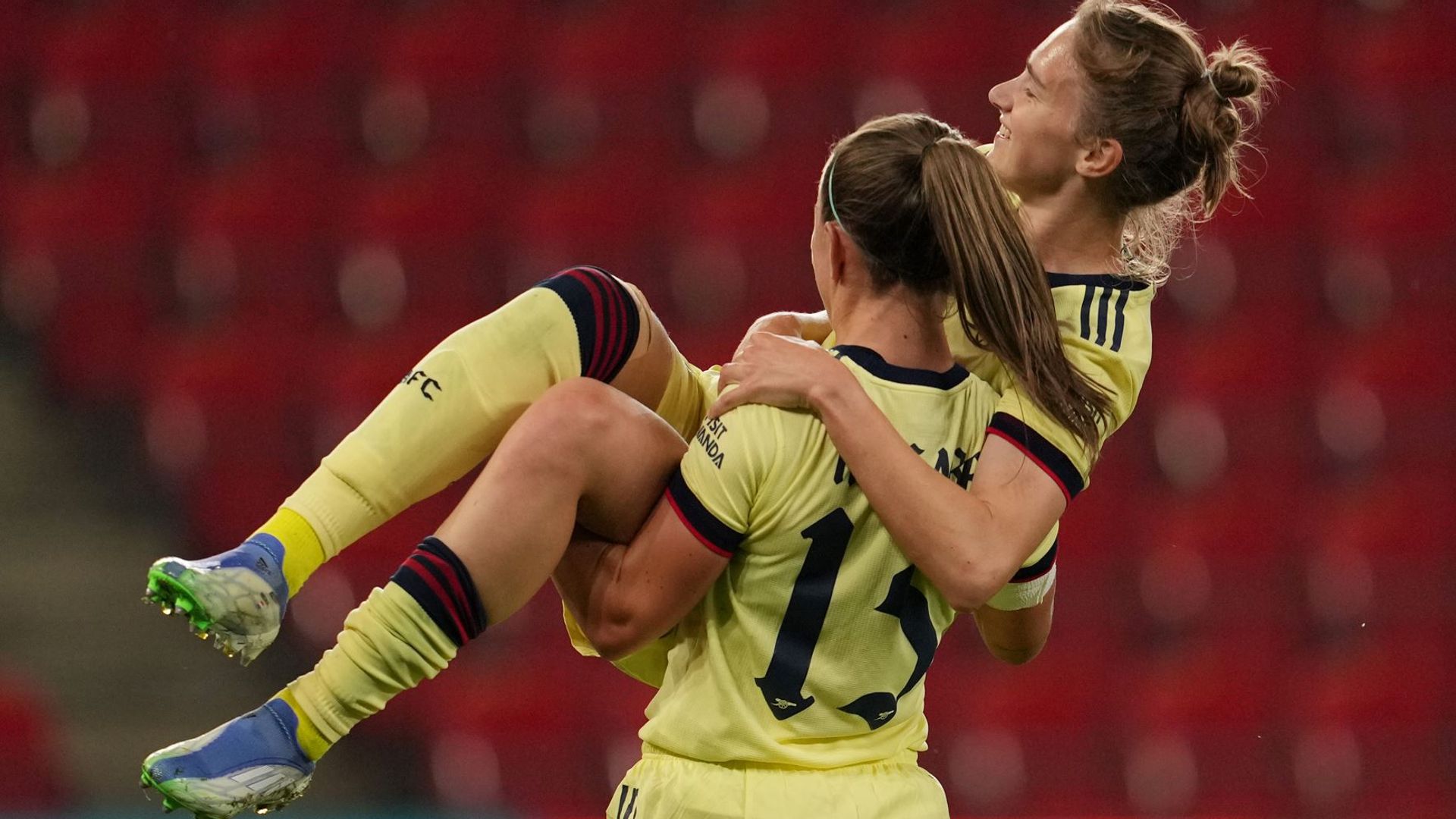 Vivianne Miedema’s hat-trick helped Arsenal Women breeze past Slavia Prague 4-0 on the night and 7-0 on aggregate as the Gunners progressed to the Champions League group stage.

The Netherlands international’s three strikes also saw her reach a century of goals for the club in just 112 appearances, with Kim Little adding a fourth from the penalty spot at Eden Arena.

Miedema opened the scoring in the second half with a well-time volley after being picked out by Beth Mead’s cross, before the forward soon added a second with a composed finish.

The 25-year-old then completed her hat-trick as the visitors scored three times in only 12 minutes, this time by dummying the Slavia goalkeeper, before coolly slotting the ball into the bottom lefthand corner of the net.

And when Nikita Parris was brought down in the box, Little stepped up to slot the resulting spot-kick into the top corner as Jonas Eidevall’s side sealed a resounding victory.

As for Miedema’s future at the club, Eidevall said the player will make a decision “when the time is right”.

Miedema is out of contract in the summer and Eidevall would like her to remain at the club.

“We’d like Viv to stay,” she said after the game, “but I understand from her perspective to see where the club is going. When the time is right she’ll make a decision about her future”.